8 Crucial Budgeting Lessons I Learned From Having A Fluctuating Income 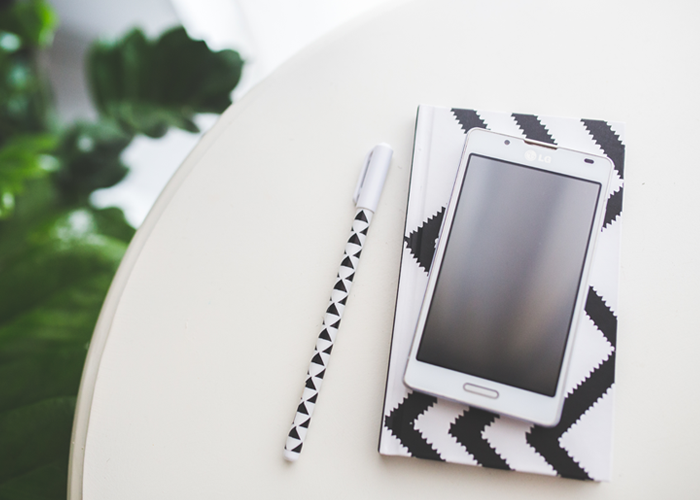 Recently, I’ve chatted with a few people who make fluctuating incomes as freelancers or independent contractors, but work in a field other than my own. Most of what I’m exposed to in terms of inconsistent incomes is based on freelance writing contracts, and the hours I hold down from month to month. But I’m good friends with a few people who model and act, and work in other parts of the arts and I’ve come to realize I have more in common with these people than I thought, especially in terms of our finances. The other day a friend was telling me that she knows a few models who can make $20,000 in two weeks, but then they audition for the rest of the year and might not make much money again for another 10 months or so.

That’s just one example I’ve heard, and my income will never bounce up and down to that degree. But, if I really stop to consider my finances since graduating college, I realize that my income has been in flux for the last two years of my life. At the least stable points, I’ve probably brought in $300/week, but I was at a very stable point when I worked full-time. When I was making a very low amount of money I was supplementing my income by Airbnb-ing my apartment, and in the months I made more money, I put the excess into savings. Currently, my income has leveled out quite a bit, which is extremely fortunate, but it can still fluctuate as much as $500 on a month-to-month basis.

Here are eight crucial things about budgeting I might not have learned if I made a consistent salary:

1. It’s never too late to start an emergency fund.
I had a solid emergency fund through college (I waitressed, which helped a lot), but when I moved across the country, I cleared out the fund entirely and had to consider starting from scratch on an entry-level paycheck. I’ve been told that in your first year with a big move and  new job, your goal should be to break even.

I respect that, but I honestly think that if you need a back up fund, there’s no time like the present. I was motivated to save for a rainy day fund because I wanted to quit my job. When I quit, even though I wasn’t making a lot writing, I side hustled via Airbnb and ended up not using a penny of the emergency fund I built up. And now I still have it (to use for tax season).

2. If your paycheck doesn’t take taxes out, take them out immediately.
Otherwise you’ll have to budget for taxes much later and you risk being uncertain of how much you should section off for taxes. Make sure the extra money that you’ll eventually owe to the government doesn’t just sit in your checking account. For my first two months of freelancing, I wasn’t sure how much to take out of my own paycheck (and I needed the money), so my solution was to not budget for taxes at all. It was a bad move on my part, because now I have to budget extra money to make sure I’ll be able to pay my taxes for those first two months.

3. Adding a small cushion to your monthly budget (if possible) will be a huge help.
As much as I hate to admit this, money goes faster than I think it will. Not because I’m being excessive, but because I’ve learned that there’s always something I didn’t account for (typically it’s a headlight going out on my car, our electric bill being higher than planned, etc.). Even if you’re trying to diligently adhere to a budget, it’s good to take notice of how often and how much you go over your budget. Then you can figure out where you’re spending that extra money and decide whether you need to budget for it in the future.

4. You can’t budget in terms of when you think your check is going to clear.
In fact, you have to budget for what will happen if your check doesn’t clear. I think in any industry, this is frustrating. For most of my jobs, I get paid monthly or bi-monthly. It doesn’t bother me, but it means that I need to budget for the entire month, instead of for the shorter term, which would’ve been easy when I made the exact same amount every two weeks.

5. Always keep your credit card balance on your radar.
It’s the easiest place to slip up. There’s nothing worse than thinking you’ve budgeted perfectly only to realize your credit card payment is due on the 21st and you haven’t planned for it. This has happened to me before and forced me to scramble so badly that I don’t want it to happen again. Everyone is different about where they want their credit card balance to be. Personally, I try to pay it off in full every month so that it doesn’t effect my budget for months after the fact.

6. Know what the bare minimum you can live off of is (on a monthly basis).
Understand exactly what you’re willing to give up, even if it’s for a short period of time. Just like an emergency fund is a good safety net, knowing that you can (if need be) survive on a certain number, creates an additional security blanket. It also allows you to take advantage of how frugally you’re able to live if you’re in a bind and desperately need to save.

7. Find a sweet spot for what you like to keep in your checking account versus your savings account.
What will keep you comfortable and ensure that you don’t overspend? For a while, I liked having any additional money I made in my savings account, because I was too nervous that I’d spend it if it was available to me in checking. I learned that was a mistake when I overdrafted one too many times. It also isn’t the right method if you aren’t paid consistently each month. My current solution is to keep my expenses for the month in my checking account, plus an extra cushion to protect myself from having my card denied or paying an overdraft fee.

8. If you know you’re going to have to splurge soon, adjust your lifestyle in advance.
For the next two weeks I’m in major cities catching up with friends, family and coworkers, which will mean going out for dinner, drinks and coffee more than I otherwise would. Much as I envy people who can do this without worrying, it’s not a reality for me, and I’m okay with that. Instead, I’ve been living frugally for the last three weeks to ensure that when I splurge on dinner with friends it won’t be breaking my bank, because I’ve prepared for it.