How Much Do Servers Make? An Honest Assessment Vs. My Entry-Level Job 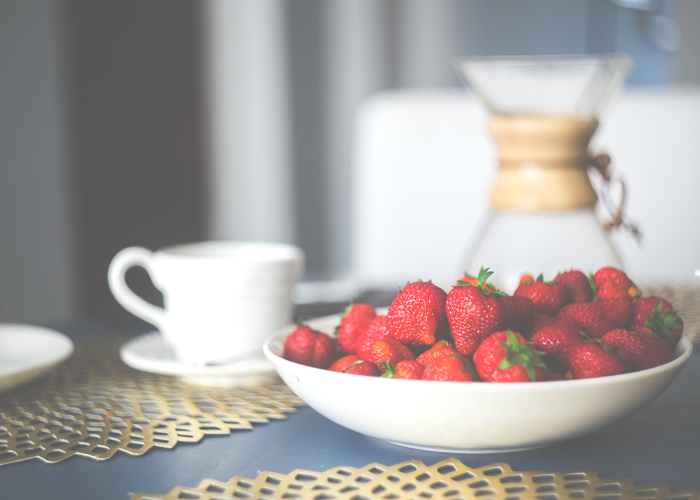 Have you ever wondered, “How much do servers make?” One of my first blunt realizations, upon landing a full-time job in my chosen field (advertising), was that I wasn’t making much more than the average server salary I made throughout college. In fact, I was making less, and I felt a little robbed. Not in a big way, just in that I felt like I had played right into the hands of false advertising. I’d bought into the notion that getting a job in my field after graduation would mean some sort of pay raise, and I was disappointed to learn that wasn’t the case.

I think there’s huge value in starting out in your field as soon as possible, and would never discourage it. However, narrowing our perspectives enough to see that as the only acceptable route isn’t productive either. I honestly believe that though my professional experience is invaluable to me, I made more as a server than I did at my entry-level job. That is, of course, unique to my experience in the workplace. But for some of the notoriously low-paying industries (publishing, for example), a server or bartender’s salary can be well above what employees make even after they’ve gone up 2-3 pay grades.

When looking at salaries for jobs after waiting tables, I did the following calculations with the salary I earned at my first full-time job: $37,000/year. Most of my good friends have worked entry-level jobs in LA and NYC in advertising, media planning, PR, publishing, fashion, writing (online or at small newspapers), and in sales. Each one of them made between $30,000 – $40,000/year.

This would make my overtime rate of time and a half $27/hour. And overtime is a luxury that not all entry-level employees are offered.

In addition, I had the benefit of a 401(k) with full matching, which made me exactly $2,000 in one year of work. I worked 2-10 overtime hours per week. I had an excellent benefits package that came out to about $40/month for medical, dental and vision. And I got an incredibly fair amount of vacation days and sick days. (The vacation days were paid out when I left the company, which was incredibly generous.)

If I was working 5 hours of overtime, that would be an additional $135, bringing the weekly rate to $855, all before taxes.

The last serving job I had was at a popular bar in a college town where the entrées were moderately priced ($10-$18). The earning potential wasn’t as high as it would’ve been at a fancy restaurant. However, on a good night, I could make $25/hour, maybe more, bringing my earnings to about $200/night.

I’ve also served at a restaurant in Boston, where the prices were higher. It’s been a while, so to provide accurate numbers for what a server would make in a major city, I had an in depth conversation with a coworker who, until recently, served in Washington D.C. She worked at a fairly expensive restaurant where the entrees are $25-$35 and the appetizers are around $12. She said that working a closing shift, which would be approximately 7-9 hours, depending on when your tables cleared out, she could make $300 in one night.

Obviously, not all nights are as busy as a Friday closing shift. In my experience, income fluctuates heavily based on what night you’re working. To work a grand total of 40/hours a week, I would have to work five 8-hour shifts. Let’s say on a Monday night, I would make $100 in 8 hours, instead of $300, or would work fewer hours because I got cut early. And then for 3 other nights per week, I might make $200-$250 each night (or it would even out to about that much).

With one night at $100, three nights at $200 and one night at $300, I could make $1000/week serving in a major city. (This would include a small hourly wage, which goes straight toward paying a large portion of your taxes as a server.)

Even if you are a full-time server, you aren’t typically paid for sick days or vacation days, so it’s more likely that the projected salary would come down to $50,000/year, if we allow for 2 weeks of vacation time.

When I worked at corporate restaurants, I was offered health benefits if I chose to work full-time, so serving has the potential to be comparable to an entry-level job in that respect. Of course, there is also the question of upward mobility. Perhaps entry-level jobs and serving jobs aren’t on perfectly even footing in this category. It depends on what industry you’re in and what restaurant you work at. Career servers can be poached to better restaurants, and if you go from working at a local bar and upgrade to working at a popular seafood restaurant, your salary can increase by an additional $25/hour. I’ve also seen servers who excel go on to join the management team of the restaurants they’ve been loyal to for so long.

Of course, it’s perfectly fair if you prefer a 9-5 job, because you like that structure and stability. And there are many other entry-level jobs which pay at much higher levels than ones that my communication major peers and I were exposed to. But as someone who worked an entry-level job at an advertising agency for a year, and as a server for 4 years, this was an exact breakdown of my financial experience during each opportunity.