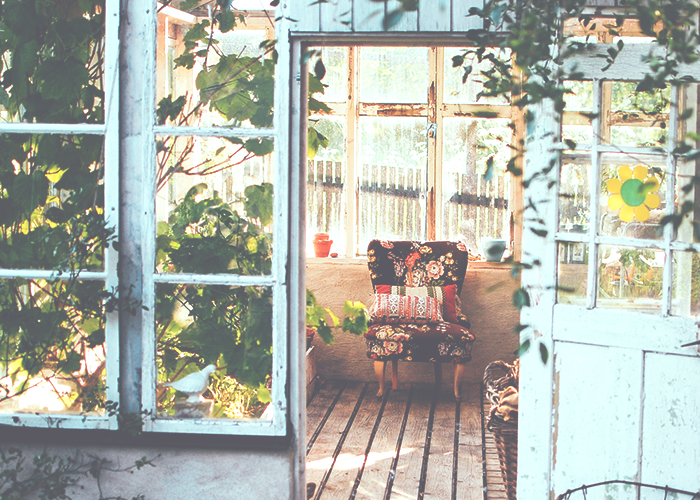 A few weeks ago, James Mattson (pen name) wrote an article about how he retired at 33 and brings in about $58K/month. James had saved up $40K by the time he graduated college; he attended community college for his first two years, and then transferred to complete his degree elsewhere. After college, he made about $52K/year in a low cost-of-living area, and when he got laid off in 2008, he had a robust savings account. He ran into his good friend, Brad, who was in construction, and together they started buying houses, renovating them themselves, and renting them out to college kids. Their business grew rapidly: in 2013, they had 27 houses, and their portfolio count is now up to 71 properties. In James’ article, I left a note asking that our readers comment if they had specific questions for James, and I was thrilled that a ton of people participated. I selected seven reader’s questions (and then I threw in one of my own), and James was kind enough to answer them below:

1. How many hours a week do you work/how much time does work take up for you? How do you specifically classify where you are at as “retirement”?

JM: To be honest, I don’t need to work. Everything is automated in the company, so if I were to up and leave for months on end, it would run just as smoothly as if I were right here. That’s because I have great employees that truly care. I used to work approximately two or three hours a day, but now I only work days I feel like it, and I don’t won’t work on Thursdays and Fridays, because those are the two days my fiancé has off. (And yes, I did just get engaged!) Most of the work I do (when I choose to) is replying to emails from local realtors looking to sell my homes, viewing said homes, and occasionally doing paperwork, such as weekly reports prepared by my property manager and handyman. Lately, since I’m no longer adding homes, but rather liquidating properties, I’ve been working more on finding buyers and closing deals for my properties, but once that’s done, I’ll go back to my usual two or three hours a day.

2. Did you have FIRE (financial independence

and retiring early) as a goal before/when you started your career, or was it something that just happened due to a combination of low expenses, high savings, and a successful business, etc.?

JM: Honestly, FIRE was never the goal. I had no job, and I simply had too much time on my hands when I ran into Brad. It seemed like a decent idea to get homes, renovate them, and rent them out, and I figured it would keep me busy until I could find a decent job again once the job market/economy picked up. We were lucky and everything kind of just fell into place, and with some blood, sweat, and tears, we were able to succeed.

3. What do you consider to be your most important financial decision in the last 10 years that lead you to financial independence?

JM: I think the most important financial decision was to not be afraid of risk. Like I said before, I had a safety net when I lost my job. I had no idea how long the recession/job market would be dead, but I knew I could out last it, or worst case scenario, get job I was overqualified for and still be able to maintain my lifestyle just fine. Taking on debt/risk is something I wasn’t comfortable with simply because when I was growing up, I witnessed firsthand how hard debt could be. My parents lived paycheck to paycheck, not because they didn’t work hard, but because it was just a product of the situation. If they fell behind by a couple hundred dollars, they would have to use credit cards, and it took them forever to get back to $0 on the CC, only to have another situation where they needed to go into debt again because my dad couldn’t get overtime or my mom didn’t get enough hours. Luckily later on in life, they were able to get steady jobs and get out of that situation, but I remember my childhood vividly and how challenging our financial life was.

4. Why was going to a community college then transferring the right choice for you, financially?

JM: Simply put, many people looked down on me for going to CC first, rather than straight to university, and that is still an issue today for current students. I just gave a speech at my old high school and said if you have the finances to go to university for four years, good for you, but there really is no need. If I went to university for four years, I would have graduated with at least $100k in debt, if not more. By going to CC, I got basically my first two years of college done for less than I would have paid for one semester at my university. I actually found out that the local CC now has even more transfer credits than they did 10 years ago, so I recommended everyone take at least a few classes at a CC so that their workload is lighter during the school year.

5. Why did you and Brad choose to rent the homes, as opposed to flipping them?

JM: We chose to rent the homes simply because we felt that housing prices would rise. Here in Omaha, housing prices never really took that big of a hit compared to out on the coasts. I’d say homes lost around 10%-20% in value, but the homes we were buying lost 30%-40%, because the people who lived there went underwater on their mortgages, lost their jobs, or simply didn’t take care of the home, so sold them to us cheaply. We could have sold the inital homes we bought and made a quick 15%-20% after all the fees and taxes, but by waiting, we were able to make a lot more. We did flip some homes in order to be able to fund our house-buying operation, but we do regret flipping some of those houses.

For example, most of the homes we flipped are similar to our current rentals. They are mostly in the same neighborhoods, and have a similar size and layout. We would buy and fix them up and our cost was usually around $30k, not including our labor, which was just Brad and my time in most cases. We were able to flip them for $40-$45k, and we would pocket around $5-$7k after all fees/taxes. Obviously, that money would go toward the down payment on our next rental home. However, had we been able to keep those homes from 2007-2008, those same houses are now worth around $75-$80k. One home we actually sold to some parents whose kid was in a six-year program and graduated in 2014. Our cost was $27k for that particular home, and we sold it for $42k, but the parents had us finish the basement and do some other work for $2k. They sold that particular home to their family friends for $75k, simply because of market appreciation, and that’s money we weren’t able to get because we needed to flip a few homes as quickly as possible.

6. What advice do you have for those trying to save up enough for a down payment on a first home while living in an expensive city?

JM: I really can’t answer this question, because it’s not in my expertise. I am familiar with expensive markets such as San Francisco, NYC, and Seattle. I’ve looked into homes there, but never purchased one. The biggest issue is that people are willing to overpay for their home. Once again, I want to reiterate, I’m not an expert in those markets, but from my perspective, those markets are due for a major correction at some point. My opinion is that you’re best bet is to save up, and try to find a home that’s rundown. This is because in most cases, but not all, you’ll be able to get the house and fix it up the way you want it, and make it your dream house for cheaper than buying it in perfect condition.

7. When saving, was your priority to max out your retirement accounts, or to save as much after-tax money as possible to fund your business? How did you decide to balance those two?

JM: After my job, I didn’t contribute to any sort of retirement account. I did have a 401k from my old job, but that’s about it. Currently, I have no specific retirement account (per se), and I do not plan on opening one.

8. How much debt would you be comfortable putting on the properties, if any? There were reader questions specifically on the benefits of refinancing, and also on how to choose property with good ROI. Could you speak to that at all?

JM: It all depends on the situation, and I assume most people are looking to take on debt to get properties. It really depends on how risk averse you are. I have met people that do the same thing I do, and they have a ton of debt. I know a particular gentleman who owns homes in a higher cost-of-living state, and he has 30-year mortgages on nearly all his properties. He takes the rent from each property, and deducts the mortgage on that particular property, sets aside a portion each month for repairs/taxes/unexpected costs, and puts the rest toward another property. He owns around $10 million worth of homes/apartment complexes, but has nearly $5 million in debt. Only recently did he stop, as he’s no longer able to find good properties, so he’s paying off the mortgages one by one. The moral here is if you can find a property with a good ROI, but need to take on debt to purchase it, I think it can be a worthwhile investment if the debt is within reason, and you are actually comfortable with it.