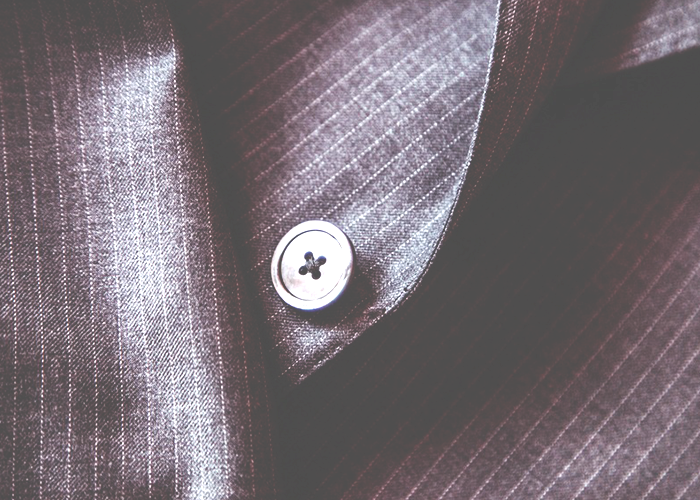 Last week, we ran an Ask Chelsea Anything that featured a question from a young woman in a relationship with a much, much wealthier man here in NYC. The woman talked about wanting to leave the relationship for at least six months, but hesitating from doing it because of the hit it would mean for her lifestyle. (She “cringed” at the less-glamorous bedrooms she was going to be renting in some far-flung borough, instead of her lush East Village one-bedroom.) So I gave her my honest thoughts on her situation, and what I felt was the necessary amount of tough love/honesty — and there was a healthy debate in the comments about whether or not I was too harsh — and the world spinned madly on.

A few days later, though, I got an email from a woman in her early thirties who asked not to be identified by name (let’s call her Alex, for the sake of this post), who said that, in her late 20s, she found herself in a very similar situation, even down to the fact that she was living in Manhattan in a very nice apartment she shared with him. She told me that it took her nearly a year to actually leave after she knew she wanted out, because she was so afraid of losing the life that came with him, and that it was only after she was on the other side for several months that she could see how toxic the last year of her relationship had been.

Alex was kind enough to grant me a small interview by email, and here is what we talked about.

How did you get into the relationship in the first place? Was the income gap there when you met?

There was an income gap, but it wasn’t an issue. I was in college, grad school, working part-time at a cafe. He was in consulting, his first year, not a high-paying firm. So he was making maybe 60 or 65 thousand a year, but I never asked. I was not taking out student loans to pay for school though, so I already felt “well-off” compared to my peers. Plus, when you don’t live together, you don’t really get a full picture of each other’s finances. It never really occurred to me. I was 23 at this time.

We had been dating for about five years, and I was 28. I realized that I didn’t want to be with him anymore because I didn’t feel a rush of love that I used to feel, I didn’t feel romantic towards him — I had love for him, but I wasn’t in love with him. And this made me panic, because I knew how much my life was tied up in his. Everyone thought we were the cutest couple, the ones who were for sure going to get married next. […] I was panicked because of the money and the lifestyle, yes, but also because of how much explaining we would have to do to people. It sounds weird, but the first person to pop into my head was his mother, whom I loved. Would I never see her again? But the truth is that part of my anxiety lasted maybe a month or two, the rest of the year was because I knew how expensive it would be.

He had gotten a lot of promotions and made big moves and was making just over $250,000. He was the shooting star in his office. I was working for the city, and making about $38,000.

How was the relationship during that year?

It was terrible. He knew something was wrong, and I was distant to him constantly. When you’re not in love with someone anymore, you naturally pull away from them, and they naturally pull closer to you in an attempt to fix that. It makes for this terrible dynamic where you feel mildly disgusted by them, and they become super needy, even if they never were before. We started arguing a lot because I was always angry with him, and for the last five or six months, we didn’t have sex. I wouldn’t let him touch me. […] Eventually, he broke up with me, just because he was so heartbroken. I don’t know how long I would have let it go if he hadn’t.

I lived on my friend’s couch in Astoria for about a month, then I found a room near Prospect Park with a friend of my college friend’s. It was not as bad as I thought it would be, and no longer being in that dead relationship was a relief, but I missed so many things from my old life. I missed just being able to go out to eat whenever I wanted, or buy a new dress for an event, or order drinks with my brunch. I felt like I was right out of college again, even though my income was better than many people’s — I just had never really had to budget or save or pay every single bill before, and that was a shock.

Describe your first six months to a year after your breakup and moving out?

My first year was all about re-focusing on myself. I hadn’t really asked myself many hard questions about my career when I was with [him], and I didn’t even have basic things like an emergency fund. So I sat down with one of my family members who is very career and money savvy, and I asked all my questions. She gave me a lot of really solid advice, and I put myself on a one, three, and five year plan for my work and my money. I started investing and I started looking into making moves at my job. By the end of the first year, through catering on the side and saving diligently, I had my emergency fund. Within 18 months, I had gotten a new job in the private sector that made nearly $8,000 a year more off the bat.

What did you learn from the experience?

That you should only be with someone if you actually want to, period. Any other reason for being for someone will make you hate yourself, and them. When I look back at that time, I feel disgusting for letting that drag on so long, and for how little I thought I was capable of. I thought I could only be financially stable or happy with his money helping me, but I am going on a two-week trip to Europe this week with friends that I paid for and organized, and I have a team who works for me, who I have trained well enough that they can take care of work while I’m gone. And I can afford it. I never would have thought that possible, because I had low self-esteem, and what I was doing was not helping.

What would you tell a young person in a very financially imbalanced relationship today?

If you love this person, be with them. But don’t let that stop you from developing your own financial health and safety. You still need your own emergency fund, your own investments, your own career plan, etc. Don’t let someone else’s hard work make you lazy, and don’t assume that he will always be there to help you. You never want to end up like I did.