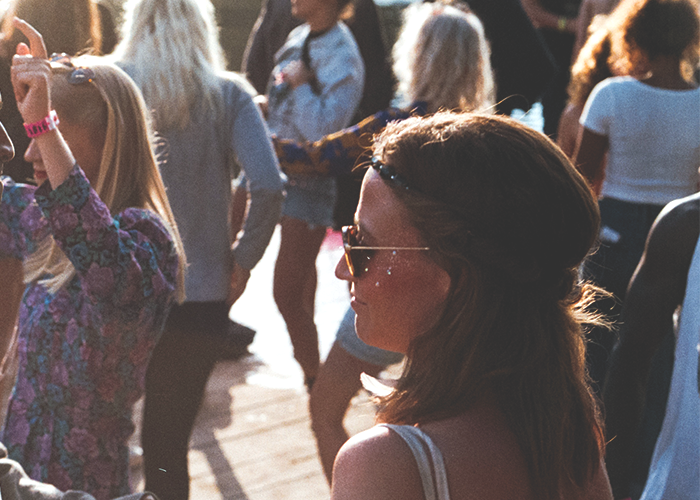 Money is complicated and life is complicated, so it’s easy to let yourself engage in some dangerous thinking about money sometimes. I have always been one to flip-flop on my dangerous money thoughts – sometimes, I believe it is a stupid, terrible idea to spend on literally anything besides food and shelter; I panic at the prospect of swiping my card for anything that isn’t absolutely essential. Other times, I get caught up in the YOLO mentality and stop worrying about the implications of spending money without thought because for a fleeting moment, ~enjoying life~ feels way more important.

Both are extreme thoughts, and both are equally unhealthy to have.

Writing for TFD means I think about money a lot -– probably more than your average college student, and possibly more than your average human adult in general –- and I’m often wondering about the different ways the people around me view money. I find myself curious about whether or not other people engage in this weird-obsessive money thinking, or if they have other potentially dangerous thoughts related to their personal finances that impact their daily decision-making.

I decided to put out a question to the public to see if I was in good company: What dangerous thoughts do you have about money, and how do you try to correct them? The results were more fascinating than I could have imagined.

Here is what everyone had to say.

1. “Spend it freely now, because you probably won’t have enough to spend on fun stuff later. This is problematic for so many reasons. It is more delusional than anything to believe that spending money now as opposed to later is going to get me more of the fun things I want out of life than saving now.” – Mishelle

2. “I always believed it was important to spend a lot on materialistic things. I regret it now, because I could have just bought a functional car outright, but I felt like I needed the nicest, new car – so I leased a Lexus. Now all I ever focus on is my monthly payment and the miles. It wasn’t worth it – I am going to fix it, when the lease is up I’m definitely done leasing luxury cars.” – Chloe

3. “I had this idea when I was younger that it was better for me to work non-traditional jobs and not go to college or strive for a 9-to-5. Which is fine, because you really don’t need to do that to be financially successful – however, I’m reaching the end of my 20s now, and I am thinking about marriage and a family and I just feel like I don’t know how I’ll financially handle all of that, because I don’t have a job with benefits, my pay is different month-to-month, and I’ve done fine and made enough money all this time, but haven’t exactly saved a lot. It was dangerous thinking to believe that what I was doing at 19 would satisfy me forever. I want more now at 27 and I feel like I have to start fresh.” – Joe

4. “The worst thought about money I always have is that I need a ton of it. I’m not trying to sound like a weird hippie or something right now, but it is important to not feel like you need money in excess to survive. It makes things easier for sure, but I’m just saying that I’m really trying to convince myself that it isn’t the end of the world if I never make a six-figure salary or something, so long as I can get by. It reduces a lot of anxiety to allow myself to not be focused on accumulating wealth and try to shift my focus to things that are more fulfilling than just having a lot of money in the bank.” – Jeanette

5. “I always feel like I should spend it just because I have it. As in, every time I get a paycheck, that is the amount of money I should be spending on stuff. But like, that’s been such a stupid thought that is causing me a setback now because I have no savings. I always feel like I’m doing so well financially, and when my friends pass on something because they don’t want to spend the money, I wonder why, because I know their salaries are similar to mine and I’m thinking hmmm, they can afford this, why don’t they want to do it? But it is because they were trying to save money in an active way and not just spend their paychecks just because they can. I’m trying to fix this mentality by having a percentage of my paycheck automatically put into a savings account. I had a tiny little savings account, but in the coming months I really hope it begins to build. And I’ll promise myself to not touch it for fun expenses.” – Jess

6. “I’m quite guilty of believing that I’ll have it someday, so I don’t have to worry about it now. But that belief kind of means nothing if I’m not trying very hard to make sure that I actually end up having money someday. I work at a retail store full-time, which is a fine job or career if that’s what you want it to be, but it isn’t a good way to make a lot of money. I go paycheck-to-paycheck, and I’m comfortable, but not really excelling in anything or saving any good amount of money. I have been trying to search for a different career path, because I think it only gets harder to change your fate with this stuff as you get older. ‘Someday’ came a lot sooner than I expected, and I don’t have the money I thought I’d have by 30.” – Brian

7. “100% the worst thought I constantly have about money is that I’ll marry into it. And not in that joking ‘I’ll just marry a rich man!’ way. I live in an area with a lot of wealthy people, and it is likely I’ll end up married to one. My current boyfriend (whom I hope to stay with) makes very good money and has said numerous times that he’ll take care of us as a unit, which is kind and I’m grateful for that fact, but it makes me feel too comfortable not being motivated to really do well for myself financially. Which is a really really dangerous thought. I’m trying to separate myself from the idea of that a little. Like picture my life if we broke up or something – would I be able to afford my apartment or the lifestyle I live now? I need to figure out that gap, and try to close it so I can know that my stuff is mine, and I’ve worked for it, and I’ll get to keep it if he is ever not around. Easier said than done, though.” – Madeline

8. “I’m guilty of believing that just because I have money now, that means I’ll have it forever. I have a lot of money right now, because I landed a really good job right after school and have always been great with saving. But I know how quickly things can change. I’ve been trying to remind myself that my good fortune isn’t a guaranteed forever thing – people lose jobs, get sick, hurt, etc. all the time and everything changes. I remind myself this when I begin to spend frivolously without thinking long-term.” – Peter