8 Things You Should Never Say In A Professional Email 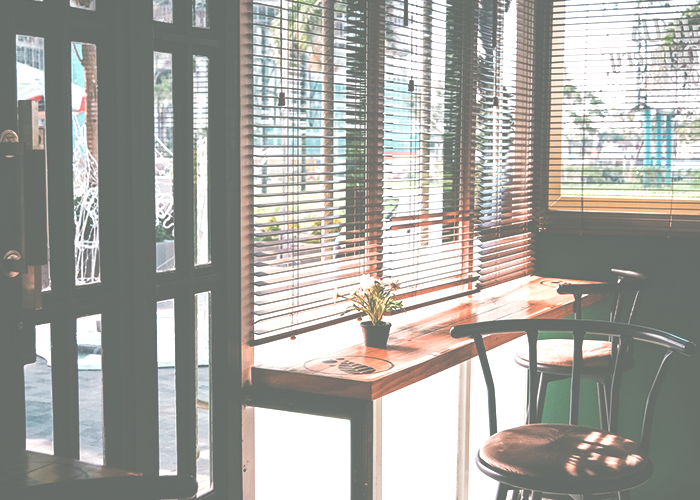 Over the past five years, I’ve worked in writing in some capacity, sometimes as a freelancer, sometimes as the person who paid freelancers, sometimes in sponsored content, and sometimes, like now, as a person who runs a website. This means that, between pitches, PR emails, and people looking to get started in the field I’m currently employed in, I have received a lot of emails either soliciting things, or looking for favors. (In the case of wanting help looking for a job, you’re essentially working as a one-person PR team, promoting the ultimate product — yourself!) And in that time, I’ve received many emails that led to something prosperous and wonderful — lest we forget, Lauren and I actually met because she sent me a happy email offering to help design TFD in the first few days of its existence as a Tumblr — but I have also received many emails that turned me off entirely, and stopped cold in its tracks something that could have been a great connection.

In the end, when you are looking for a professional favor, it is absolutely essential that you think of it not in terms of “what can this person do for me?” but rather of “what can I do for this person?” In many cases, you don’t have much to offer, but the very least you can do is make sure that your email is thoughtful, well-structured, and doesn’t actively irritate the person you’re reaching out to. At the very least, a professional email reach out can always brighten that person’s day, and a sincere, meaningful compliment (because, if you’re reaching out to this person, you must have some kind of admiration or respect for them) is always a good start. There are many things you can offer them above and beyond that, a lot of which depends on who you are and what you are looking for, but at the very least, you can start with something that will give them the warm and fuzzies.

But more important than making them smile is not making them want to throw their computer out the window. And that means watching out for a few key landmines that so often make their way into professional reach-out emails. Tapping into my own inbox, and speaking with some fellow professionals who have been on the receiving end of some seriously unfortunate cold-calls, I give to you the 8 biggest things to avoid at all costs in a favor-asking professional email.

1. Misspelling the name of the person or the company. I’m starting with this one, because it’s the biggest and most egregious, and almost 100% guarantees that you will not be hearing back from this person, and that they will also actively hate you. If you get someone’s name wrong, or can’t even be bothered to double-check on Linked In to make sure that you have the full name of the company correctly, what is wrong with you?? Seriously, at this point, you should just accept that jobs which involve email communication are not for you, and that you should just stick to carrier pigeon.

2. Sending an email that is clearly copied + pasted. There are few things more insulting than receiving an email that has so obviously been sent a thousand times, to people/organizations/companies that have little to do with one another. Bad PR firms are definitely the most egregious about this — even sometimes going so far as to forget to un-purple c+p’d text on Gmail — but people on the hunt for a job can be just as desperate. Sending out boilerplate emails that change a word or two, and have no personal touches, is the email equivalent of being a sweaty door-to-door salesman who gives the same impersonal, unconsidered pitch at each home. And even if you do a seamless pasting job, it’s always obvious when something is being sent out as a massive net, seeing what it can get from dragging along the bottom. If the only things unique to your recipient in your email are the names and proper nouns, ya dun goofed.

3. Saying “just following up!” or something similar about an unsolicited reach-out. There is nothing more irritating and downright insulting than a thirsty email that was unsolicited in the first place, and then frequently followed-up to with the tone and phrasing that usually imply you owe this person something. No, thirsty PR person, you are not my boss whom I owe a response to over an important project email. You are trying to shill your terrible app, and think that by frequently peppering my inbox with “Just following up on ____” and “Wanted to know if you got a chance to _____” will only make me hate and actively avoid your client and your email address forever. (Same goes for an individual looking for networking/a job/anything else.)

4. Reaching out to the entirely wrong person. This is one that job-hunters tend to get wrong very frequently, because they often aren’t taking the time and effort involved in finding not just the right department for what they want, but the right person. And making sure that your email is landing in the right inbox is as crucial to your chances of success as making sure that said email is perfectly-crafted. There have been many times I’ve wanted to say to the person, “Hey, great email, but I have nothing to do with that job opening. You were looking for a salesperson/tech person/whatever, and if you had taken an extra five minutes, you would have known that.” Generally, I don’t forward on the wrongly-addressed emails, nor do the other professionals I’ve spoken to, because not doing your proper research for a job opening is sign #1 you probably aren’t the most qualified.

5. Sending something intentionally deceptive. Starting a new email with “Re:,” pretending something is urgent when it’s absolutely not, baiting and switching about what you’re offering/asking for: all of these are recipes to get your email (and email address) sent straight to spam. If you start off your networking by literally manipulating the person you’re trying to get something from, you deserve to totally alienate that potential connection. And — special shout out to PR people again — if you can’t find a non-deceptive way to package your request, you should probably reconsider what you’re pitching in the first place.

6. Offering condescending, unsolicited advice. There is no better way to ensure that the person you are reaching out to is going to automatically resent you than to walk into their turf, their job, and their presumed area of expertise, and tell them how to do their job better. I’ve received many emails over the years — including as recently as a week ago — that start with someone talking down to me about my work. Sometimes they aren’t looking for anything in particular, but often they are, and I can’t imagine anything more presumptuous than simultaneously needing something from somebody and imagining you are better at their job than they are. There is no need to aggressively flex your credentials in an opening line — if your portfolio/online presence is well-curated, your expertise will speak for itself. Without insulting anyone in the process.

7. Spilling your life story in an opening email. I’m really not sure what motivates people to do this, but I have found that it’s a very frequent problem for young, aspiring [whatever they want to be]s, and everyone I spoke to says they experienced it in their own industry, too, so it’s not just writing. Essentially, the person is usually looking for a job/help finding a job/a brain-picking, and for some reason think that the best way to do this is sending a 1,200-word email detailing their life to that point (usually involving some narrative of struggle or triumph) as a way to introduce themselves. I assume that part of this is because they feel that, if the reader is confronted with all this, they’ll feel guilty not taking the time to respond (either because of the story itself, or the sheer time it took to write), but I’ve found it has the opposite effect. A friend who works in HR at a small tech company said, “Any time I receive a cold-call employment email that’s over a very concise paragraph or two, I move to spam. I find it disrespectful to assume the person reading has nothing better to do with their time than read your memoir.” Frankly, I feel the same. And while I understand that, as a writer, I’m in a unique position to be contacted by lots of other wordy individuals, the issue of time management remains the same. I generally don’t have the free space in my work day to spend a solid 30 minutes reading and responding to a long-winded request for help, and find the assumption that I do to be more than a little off-putting. And while I’ve ended up having many awesome, meaningful exchanges with people who met me via cold-call (and vice versa), the opening email was always short, sweet, and to the point.

8. Not giving someone a chance to respond. It wouldn’t be fair if I didn’t end this on one I used to be hugely guilty of myself. I used to follow-up with lightning speed, assuming that pure persistence was the key to success. Realistically, the only thing I succeeded in by peppering would-be connections with frequent emails (even if they did actually agree to something) was ensuring that they’d never help me again. I’ve learned the hard way that Not Being Annoying is the biggest first step in proper networking, and I’m never not respecting the several-business-day window again. (Unless someone actually owes you something as some sort of contractual deadline, whether money, work, or otherwise, let them breathe. The best favors are the ones done on the giver’s timeline, and not a moment before.)