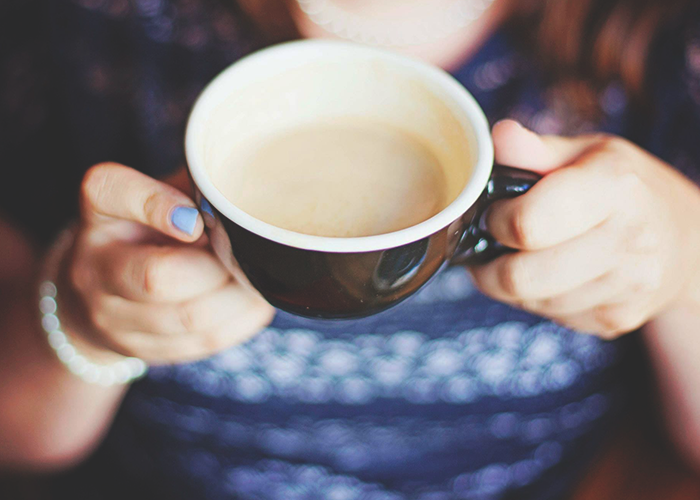 Recently, I watched someone I was out with swipe a shit ton of ketchup packets from the table at the diner. When I asked why the hell he needed ketchup to go on his *insert meal that would be objectively disgusting with ketchup on it here*, he said “I don’t – I just take these whenever I see them. I never buy ketchup.”

LOL. I found this to be either brilliant or insane, but I couldn’t quite tell which. I don’t do anything massively crazy in order to save a buck. The craziest thing I probably do is microwave cups of coffee so I don’t need to waste time and money making more when mine gets cold, which doesn’t even seem weird to me, but my boyfriend treats it like a huge coffee-sin.

I asked him what weird things he does to save money. He said that when he wants to buy something, he waits one day for every hundred dollars the thing costs to think about it. So, if an item costs $500, he waits five days to think about the purchase before making it. If he still wants it then, and has the money for it, then he goes for it.

This seems pretty reasonable to me. However, taking time to make an informed decision and intentionally purchase a desired item hardly seems like a weird habit – it actually seems like a pretty good one. I wanted something juicier than that.

So, I set out to ask a bunch of frugal weirdos like myself to anonymously (don’t worry — I changed their names) what kind of strange habits they have picked up in order to help save them money. Here is what they had to say.

(Side note: after hearing these responses, I realized that I have done at least most of these things before. Oops. Maybe we’re all a little weird about money.)

1. “I turn the heat off in my home before I leave, but I live in Massachusetts and it is freaking freezing, so I know that is really unsafe to do. Pipes could burst and stuff, but I pay so much for heat and I just will do anything to keep it from being so expensive. I’ve been told to just keep it lower when I leave, but I feel so guilty that I’m spending money to heat an empty home, so I usually just shut it all the way off. I know it might end up costing me money, so yeah, it isn’t a good habit.” – Elizabeth

2. “Only use cloth wipes and diapers

for my baby girl. I don’t think this is bad or weird at all, but I get a lot of confused looks and comments from friends and family who don’t think it is hygienic. But I think it is, and it is better for the environment, and definitely saves me money, which is important now that I have a daughter.” – Kelly

3. “I only flush the toilet if I go number two. I pretty much will pee on top of pee and only flush once at the end of the day, because it bugs me to think that I am using a toilet full of clean water each time I go. It feels like a big waste. Also it saves me money to not flush all the time. I do if I have guests coming over, and I don’t tell my guests ‘hey, please don’t flush’ – I let them do what they want so they don’t know I’m insane when I’m home alone.” – Evan

4. “I think when I stopped washing my hair with regular shampoo, it was partly an attempt to save money. I have saved a ton of money since then because I wash with baking soda, which costs like $2 for a giant box of it that lasts months.” – Cara

5. “I reuse things that are supposed to be disposable a lot. I know a lot of people do with like, takeaway food containers. I do that for sure, wash them and use them to bring lunch to work. But I also sometimes reuse coffee cups I get at Starbucks or something. I’ll drink my coffee, bring the cup home, rinse it out and let it dry, and then fill it with coffee I make at home the next morning. I think this is just the disgusting equivalent of having a reusable travel coffee mug

. I had one, but it broke and I just didn’t get around to getting a new one, so I just have been using paper ones from times when I get coffee out for a few months now.” – Jaime

6. “I save everything because I’m afraid I’ll need it someday. I think it goes deeper than money-saving, but I hate the thought of needing something one day and having to spend money to buy it because I threw away the one I had. It makes me into a bit of an anxious hoarder.” – Grace

8. “I don’t think this is weird really, but I eat leftovers for like six days in a row if possible. Anything to spend less money on groceries. I don’t throw things away unless they are like growing visible mold.” – Taylor

9. “I don’t turn on any lights in my apartment until it is dark outside. I get pretty good natural light though, so maybe this isn’t possible for everyone. This isn’t bad though, just different.” – Hunter