9 Twenty-Somethings On Their Biggest Rental Regret 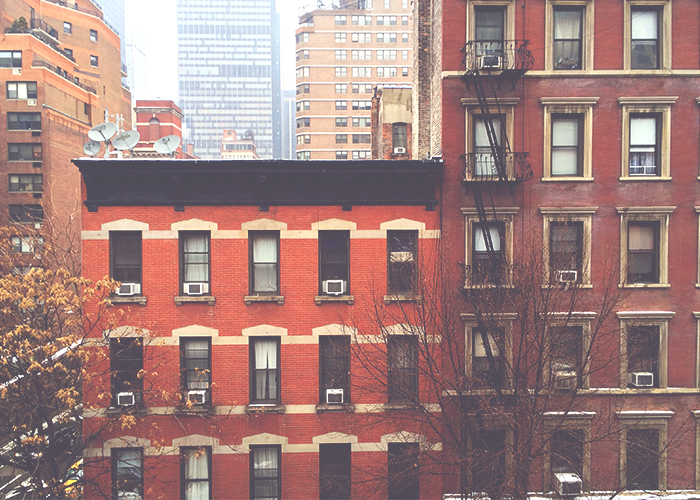 Everyone is going to make mistakes their first time renting an apartment/condo/townhouse/home — it’s natural to need a bit of a learning curve before you feel comfortable asking questions, knowing what you’re looking for, and advocating for yourself. Some cities are more renter-friendly than others, and it’s crucial to know the market in whatever place you’re moving. From checking outlets, internet connectivity, cell reception, and water pressure, there are a number of things you should look out for when doing the walk-through of your potential new place. When we began renting our first place here in NYC as total newbies, were were extremely lucky that nothing bad happened as a result of our lack of experience (except paying a pretty sizable broker’s fee), and when I read through check lists, I realize how bad it could have been for us. So many things can go wrong it’s frightening.

I reached out to a few women to share some stories about their biggest renting regrets, and what they learned from having gone through the experience. Check it out!

1. “Looking for new appliances. One of our biggest concerns when we first moved out was that the kitchen had to be in the best possible shape, and we really wanted to see some new appliances if possible. (We are both big home cooks and couldn’t stand the idea of living in a place with a busted sad kitchen.) Anyway, we ended up choosing a more expensive apartment with a nice kitchen, and sacrificed on our location and the size of the living space. In the end, I felt like we placed an incredibly disproportionate amount of focus on the kitchen and now suffer with living in a bedroom that fits our full bed and nothing else. It’s a huge bummer…especially when we’re trying to get ready in the morning and can’t stop bumping into one another.” — Leslie

2. “Not trying to negotiate my broker’s fee down. I didn’t even realize what a broker’s fee was at first (the woman had to describe what it was and why we had to pay it about four times). I also didn’t know that you can ask them to lower it, and see if they’re willing to negotiate. For example, they wanted us to pay 15% and we did, but other friends of ours were able to negotiate their fee down to 10%. That 5% difference might not seem like a lot, but it’s hundreds of dollars saved. Next time we do this, I’ll be sure to go in there like a pitbull, start off strong, and advocate for myself.” — Leila

3. “Rushing through an apartment and missing key stuff. For example, this was totally stupid of us, but we didn’t check the internet connection while we were walking through checking out our new place. Big mistake, it turns out we were in like an internet service dead zone, and the service we receive is t e r r i b l e. My roommate and I actually called to try and break the lease contract because it was so incredibly bad, but they said “no,” and that we couldn’t get back the fee we paid. Dealing with that for the next year was enough to drive me insane, and it was a blessing both of us had office jobs that kept us out of the apartment most of the day. If I had been a freelancer I would have been totally fucked.” — Raquel

4. “Not asking about utilities, heat, and hot water. Not only did I have no idea how much I should budget for utilities when I first moved out, I didn’t even think to ask what was included in the rent payment each month. Turns out, only water was, and that meant our monthly payments were much more expensive because we had to factor in additional payments for heat, electricity, etc. I was very green the first time I went through the process, and I really had no idea what I was looking/asking for, and the next time around I’ll be much smarter about it.” — Mimi

5. “Paying rent month-to-month rather than by year. When it was time to renew our lease for another year, my fiancé and I weren’t sure if we actually wanted to live in our place much longer. We were actively trying to find another place but it was going slow, and the lease renewal date was fast approaching. So, we decided to opt to rent on a month-to-month basis, which was $150 more expensive, but we wanted the flexibility. That was a total mistake. It ended up taking us nearly seven months to find a place and move out — my job unexpectedly laid me off, and we were forced to look at apartments further away where my new job would be. We wasted so much money by doing that, and we should have just committed to one more year there.” — Steph

6. “We didn’t photograph the place as it was when we first moved in. When it was time for us to move out, they tried to blame things on us: small stuff that they said was damaged, walls being the wrong color, fixtures that were damaged and chipped. Since we technically couldn’t prove anything because we had no evidence of what it looked like before, we were stuck with having to make these small repairs before we left. Now, we always get landlords to note the pre-existing damage so that we can’t get screwed over when it’s time to move out.” — Sally

7. “Not having renter’s insurance. It never seems like it’ll happen to you and that these catastrophic are impossible to befall you, but they do. Looking back on it, it was stupid of us to forgo paying renter’s insurance, especially since it was so cheap to pay for each month. Turns out that while we were away on vacation, we left the AC unit running which leaked water all over the living room (wooden) floor. It ended up warping the floor boards so badly that we needed to replace them. It was an expensive process that was a total headache and it would have all been okay if we just had the freaking insurance under our belt.” — Ashlee

8. “Overpaid for fancy amenities. We looked at more expensive apartments with fancy amenities that were tempting, but mostly just expensive. The building had a doorman, there was a gym on the premises (which you had to pay a membership fee for, but it was still cool that it was there!), they had in-lobby laundry pick up…stuff like that. It easily tacked on $500 to the monthly rent, which we thought was okay since I had recently been promoted, and I felt like we deserved the upgrade. It turns out that a lot of the stuff that was tempting at first is now just “meh,” and yet, here we are paying hundreds of extra dollars per month…and for what??? I feel disappointed that we fell for the trap when we didn’t even get more living space out of it. Next place we find, we’re going to for sure skip out on the doorman and the in-house gym we never use.” — Veronica

9. “Didn’t take enough time to explore the area. When we first moved into our place, we were coming from a totally different city that was far away. That meant that we were very unfamiliar with where we were moving and didn’t know the surrounding area well at all. However, we were on a tight timeline and we couldn’t afford to dillydally — we needed to get into a place ASAP for a new job I was starting. Unfortunately, we didn’t realize that the closest subway stop was nearly a 20-minute walk away from our place until we after moved in. This made commuting and generally getting around our new city a total headache. I actually ended up having to find a bus route that stopped close to our place so that I could avoid the long walk in shitty weather. Now, I make sure I am very familiar with the neighborhood before signing ANYTHING.” — Lauren