Money, Manipulation, & The Dark Side Of 90 Day Fiancé 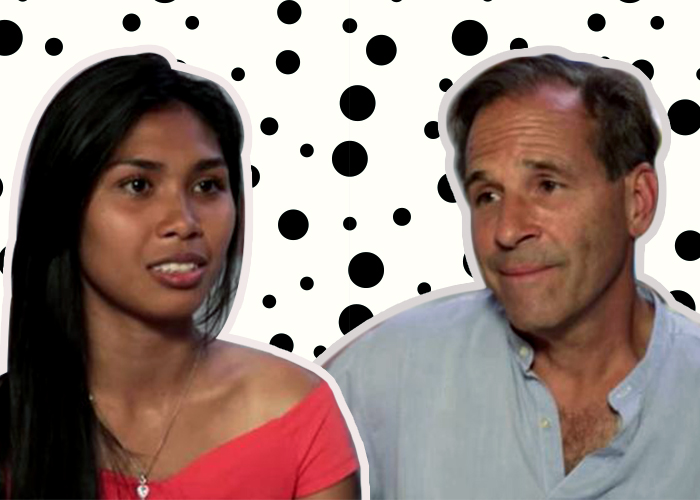 With seven seasons and multiple spin-offs, TLC’s 90 Day Fiancé is a huge hit. We love to watch the messy, and often hilarious, drama unfold, as people cross international lines to be with the person they love. The show has brought about a range of spin-offs: Before the 90 Days, 90 Day: The Other Way, and Happily Ever After. The general premise is that an American falls in love with someone overseas, and the couple navigates the often complicated, expensive and cumbersome K-1 fiancé visa process in order to be united with their betrothed. It seems simple enough, and the drama that ensues is fascinating: cultural differences, miscommunications, and family tensions make it hard to look away.

However, there is a dark side to this show that is highlighted frequently: financial exploitation and manipulation. This is a common theme of the show, and though much of the drama is obviously contrived for ratings, it’s hard to deny the reality that comes from the issues of wealth disparity and exploitation.

Money is used to manipulate

One of the most prominent examples of this is Mark and Nikki in Season 3. Mark was 58-years-old compared to her 19 years, and he controlled 100% of the finances. He was able to frequently undermine her wishes and disregard her opinions because at the end of the day, it was his house, his cars, and his financial resources. Mark was able to strongarm Nikki into a prenuptial agreement she didn’t want because, as he made abundantly clear, it was his way or she would be sent back home. Nikki starts the show a strong, sassy, funny young woman but you see her slowly become relegated to an accessory of Mark’s life, who gets very little say in how her household and relationship are managed.

Another more recent example is Robert and Anny from Season 7. Robert, the American, proposes to Anny with lofty promises of bringing her to America, going on frequent shopping trips, buying a beautiful apartment, and having lavish dates. She arrives and is stuck in his tiny one-bedroom apartment, acting as a live-in babysitter to Robert’s child, and enjoying lavish shopping sprees at the local thrift store. While he never quite threatens her to the extent that Mark and others have to their international spouses, there was definite financial misrepresentation and false promises that were only realized when Anny arrived in America and didn’t have the resources to advocate for herself.

The overarching issue is power dynamics and the problems that result from an imbalanced financial relationship, with one person depending on the other and the person with the finances calling all the shots. Part of this is due to many of the people coming from countries where the average income is much lower than the standard American income, but it is also frequently mentioned that spouses on the K-1 fiancé visa can’t work until they obtain their Green Card, which can take months. Meaning any savings they happen to come over with quickly evaporates and the issue of financial dependence persists.

This is a domestic problem as well as an international one: relationships that start autonomous can quickly turn toxic if finances are co-mingled if one partner becomes a stay-at-home parent or loses their job, or the money isn’t discussed openly and honestly throughout the relationship. Financial abuse and manipulation is one of the more insidious forms of power and control dynamics because it doesn’t look like traditional forms of abuse, and it can happen over time with a series of infrequent, small changes that go unnoticed until the exploited person is trapped in a cage they never realized was being constructed around them.

What this means for the rest of us

Money is a tool that brings forth independence. We should all avoid being in a position where we’re forced to agree to certain terms or risk financial ruin. Even in relationships where money is openly discussed and financial roles are mutually agreed upon, both parties should always have financial reserves to leave the relationship should things become sour or should unhealthy power dynamics be introduced. In other words, it’s better to have a safety net and not need it than to need it and not have it.

This show may be an extreme example of financial exploitation and abuse, but it illustrates the point all the same: we manage our finances, save our money, and invest wisely not to stockpile our wealth for its own sake, but to allow us the freedom and independence to shape our futures and relationships the way we want them to be, not because of financial desperation or lack of agency.

Kate Sortino is a freelance writer currently living in Anchorage, Alaska. She spends her free time reading, drinking coffee, and working a million hours a week to save up to travel for a year. You can see more about her adventures here. She is always cold.