A Complete Breakdown Of How One Unpaid Internship Costs $52,498 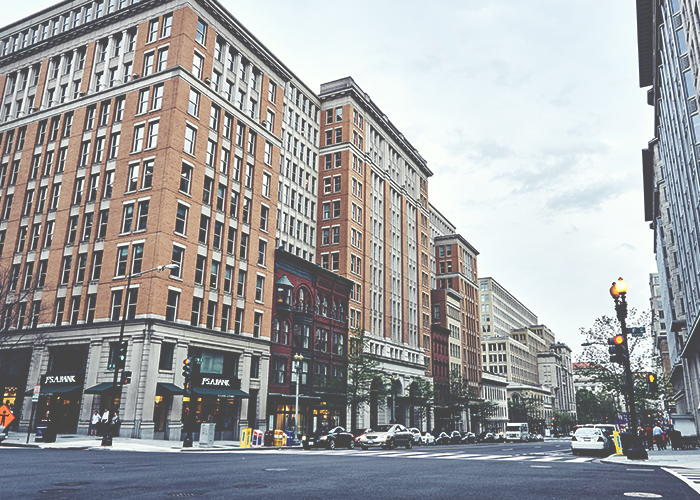 Earlier this summer, I published an editorial on my decision to only take paid work. I passed on multiple opportunities to do unpaid internships at prestigious organizations because accepting those opportunities would mean sacrificing three months’ to two years’ worth of pay. I weighed the risk of incurring debt against the opportunity to build my professional network in the framework of an internship -– and I ultimately chose financial stability. Certainly, at times, I struggle with that decision and wonder if my healthy bank account cost me the opportunity of a lifetime.

Nevertheless, I bought the freedom to build my career in foreign affairs with minimal debt on my shoulders. Frankly, unpaid internships most often reward those individuals who are privileged enough to afford to donate their time -– without any guarantee that they will acquire hard skills (or employment leads) on the job.

At best, unpaid internships are a risky investment. Interns work from 15-40 hours per week, and many programs demand a minimum commitment of 12 weeks (or three months). After that time, there is no guarantee an intern will:

Many internships at some of America’s most recognized organizations are located in some of the country’s most expensive cities -– plus, these oft-unpaid apprenticeships are only available to students. In strictly financial terms, this means interns are paying for the mere access to work for free. In that case, how does one determine if an internship opportunity is an investment or an expense?
To make that daunting judgment call a little easier, I’ve made a cursory calculation of the real expenses behind a full-time, unpaid internship in major American cities. The typical intern is responsible for the following costs:

In my calculation, all these costs will be totaled on a monthly or annual basis. Costs that vary greatly based on industry or location (rent) will be broken down more specifically to provide practical examples. I hope this helps any of you (who are contemplating unpaid work) make a sound, detailed judgment call!

Last year, the average costs of tuition were pegged at:

University education in the U.S. is notoriously-expensive. The above educational costs include room and board, which hover at $10,000 to $11,000 for public and private schools, respectively.

Often calculated on a per-credit basis, tuition is billed to students at the beginning of each trimester or semester. Average tuition (including room, board, fees) rates break down according to the type of institution. For reference, per capita income in the U.S. hovers around $28,000 dollars (to give a practical example, a minimum wage worker in California ($10 per hour) working 40 weekly hours earns $325 weekly, or $1,300 a month).

The median income for bachelor’s degree holders is $50,000 annually. In mathematical terms, education as a first professional step is financially out-of-reach for millions. In technical terms: it is fucking expensive.

Basic utilities for a small apartment in the U.S. average $145 monthly and internet averages $54 monthly. These costs do not vary greatly, with the exception of certain states such as Hawaii, where the typical electric bill reportedly comes in at over $200 (yikes).

Students who choose (or need) to live off-campus also need to consider the cost of rent. Given that most students share apartments, the calculations below are based on the rental cost for two-bedroom apartments. Looking at several major cities in the U.S., a cursory picture of the rental landscape looks like this (per inhabitant):

These are average calculations that naturally fluctuate by neighborhood and proximity to modes of transportation.

Basic nutrition often seems like an afterthought when a student juggling an internship with full-time duties and schoolwork likely clocks 60+ hours of weekly work (including class time, homework, and internship hours). Total food costs are impossible to calculate based on the sheer range of retail prices for food, dietary restrictions, etc. Still, the average American family expects to pay $868 per month to feed a family of four. As a single person, therefore, you can expect to pay $217 per month for groceries.

All restaurants, cafes, and bar expenses are excluded, here! A quick look at the prices of the U.S. average price for certain grocery staples:

In 2010, the average private sector employee contributed over $1,000 dollars annually to their single Health Insurance premium. American students are often covered by their parents’ insurance plans until they turn 26. However, those who opt for their university’s health insurance plan can expect to pay at least $2,000 in annual premiums. Yeah.

All told, this is a bunch of numbers. So, let’s have a drum roll and put ourselves in the shoes of one American student facing the choice between an unpaid internship and other opportunities. Let’s ask ourselves…how much does that internship actually cost?

Let’s make an example of the hopeful young diplomat, studying for a B.A. in International Relations at a private university in New York City and interning 40 hours a week for an unpaid gig at the United Nations. (Note: Based on the statistics above — with NYC as substantially more expensive — my calculations will not represent national averages. Instead, these are the total costs per year a student in New York can reasonably expect to pay while working for free).

FIFTY TWO THOUSAND DOLLARS AND CHANGE. Add to this the cost of 40 hours of your time: working full-time earning $20 per hour brings home about $2,000 a month or $24,000 after taxes.

If we believe the old adage that Time Is Money and include the cost of free labor (aka, lost income), a full-time free apprenticeship can cost up to $76,000 dollars per year.

Bear in mind that tuition at some NYC universities alone reaches figures like 53,000 or 70,000 dollars per year. And bear in mind that the above estimates do not account for any entertainment, travel, personal purchases, or food beyond basic survival. The figures are daunting, but financial responsibility begins by equipping oneself to make strategic decisions. One must decide how to take out loans strategically, how and where to work, and how to assess where it’s best to invest your skills, energy, and time.

Unpaid internships face increasing legal scrutiny in the United States, particularly in New York and California because this system of unpaid internship often comes at the expense of the worker, consuming time, skills, and credit scores. Moreover, this system is one that puts the financially-privileged at a considerable advantage. The likely candidates for these internships are students who have access to a college education to begin with and the means or know-how to rally the necessary financial resources to pursue these opportunities.

Unpaid internships do not support diversity in the workplace, nor do they support diversity in any given industry. Look at the intern team of Speaker of the House Paul Ryan to see theory in practice: 214 mostly white (and gleefully unpaid) interns smile and work for him for free. It seems that even those who run the “free world” forget to the importance of hiring the staff that represents their jurisdictions.

The ethical problems with unpaid work extend to the United Nations, as seen in a hotly-debated publicity stunt devised by a Geneva intern. The New Zealand native claimed he was forced to live in a tent when he could not afford Swiss rent during his stint at the UN headquarters. He was criticized when the press revealed he actually came from an upper-middle class background, but his stunt brought the conversation to the table. The UN has the endowment to pay interns; it’s just a pain to reconfigure pay grades.

In 2015, publishing giant Condé Nast settled a lawsuit with a cool $5.8 million payout after New York courts ruled that its 7,500 interns were underpaid for their work. Other major corporations facing lawsuits include Hearst and NBCUniversal.

There are internships, and then there are Internships. There are many that do become the opportunity of a lifetime. There are corporate internships that pay upwards of $30 per hour. And there are also internships that are worth taking out an extra loan for the privilege of pursuing (consider the evidence that suggests that a paid internship is more likely to result in a job offer). Nobody should fault the impassioned student for taking a risk to pursue a dream; the ethical responsibility of unpaid work belongs to the industry that demands it.

But, before you take that great leap forward and plunge into an unpaid gig, I hope you don’t make that leap into the dark. I hope that if a position rewards you with more opportunity than it does paychecks, you now (after reading this cost breakdown) have the tools to calculate that risk. Work hard, and live long, and prosper.

Veronica works in imports and exports by day and as a political researcher by night. In her spare time, she enjoys cooking and making friends with dogs.