A Financial Breakdown Of My College Anorexia 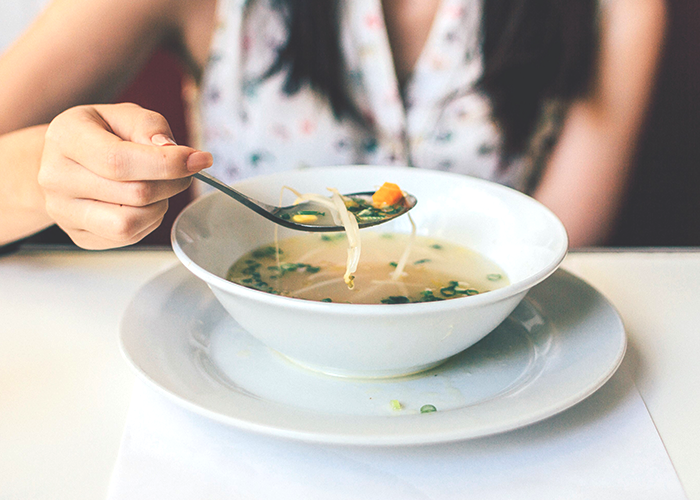 Whenever I talk about my eating disorder, I struggle with identifying the exact moment it started. Was it when I began restricting my caloric intake? When I would circle the dining hall at college literally dozens of times before emerging with a handful of carrot sticks and a scoop of hummus on my plate? Or was it earlier than that — was it the first time I contemplated skipping lunch in high school? Like a lot of mental illnesses and addictions, it’s hard to name the precise beginning.

And even when I was fully immersed in my anorexic behaviors, I wasn’t aware of having a disease. I didn’t think that there was anything wrong with me. In my mind, I was fully in control –- I knew exactly what I was doing and I thought I could stop anytime I wanted. Only in retrospect do I understand the truth. I wasn’t in control at all; it was completely the other way around.

Obviously, all eating disorders are different. They shape-shift, depending upon the individual. For me, it was about proving that I didn’t need anything. I was tired of relying on other people. I’d grown exhausted with being let down by friends, and I was tired of broken relationships and broken people. I wanted to show myself that I didn’t need anything at all — that I could exist with as little as possible.

I spiraled into full-blown anorexia in just a few months’ time. I went from 130 pounds at 5’4” to 120, to 110, to 100, to 90 in less than a year. Looking back now, it’s hard to imagine that I didn’t know what I was doing to myself, that it didn’t register until almost a full year of restricting that I was sick.

One of the things I look back on is the material aspect of the disease. So much of my time, energy, and money went towards adding fuel to my eating disorder. Anorexia is all-consuming in that it takes over every aspect of your life. It’s completely paradoxical but even though I wasn’t conscious of the fact that I had an eating disorder, my disordered eating was all I could think about.

I recently calculated just how much money I spent during my senior year of college, and the numbers are a little scary. I’m sharing them here with the hope that someone might understand, connect, or relate. That is the only reason I talk about my eating disorder now — with the goal of maybe helping others.

Here’s exactly how much money my anorexia cost me in one year:

Despite having a meal plan at college, I went grocery shopping a lot. There were very few foods that didn’t give me a ton of anxiety, and I needed to make sure I always had them on hand in my dorm. Additionally, my meal plan only covered 2 meals a day, and I became anxious about not eating breakfast. I was afraid to get “too” hungry, because I didn’t want to feel like I might binge. I had to start every day with a Dannon Light & Fit yogurt or a Special “K” cereal bar.

As I lost weight, I was constantly needing new clothes. Additionally, I was obsessed with going shopping at the beginning. When I first started losing weight, all I wanted to do was try on size 2s and 0s and stare at myself in the mirror. However — and this is a big however — that quickly turned into embarrassment and shame when literally nothing fit. The summer after graduation, I had to buy a black polo for a restaurant hostess job and I had to buy it in the boys’ section of a department store. The clerk who worked there told me to eat a hamburger. There was no pride in that.

One for my dorm, and one for my bedroom at my parents’ house. I checked it every day and wrote a number down in my journal.

I chewed gum ALL the time to suppress hunger or to have something to do when offered food. I chewed so much gum during my senior year that I eventually developed a lot of pain in my jaw. I actually haven’t chewed gum in years now (upon orders from my dentist).

Like the gum, I developed a huge coffee habit in college with the goal of trying to suppress my hunger. I’d always been a big coffee drinker, but that increased tremendously during the height of my eating disorder.

One of the things about having an eating disorder — or any addiction for that matter — is that the word “recovery” is always present tense, not past tense. Recovery is an ongoing process. You can be free from the behaviors and mentality, but it will always be a part of you. I’ve learned that I can take that piece of myself and try to help others who are going through the same thing. Ultimately, while an eating disorder is part of who I am, it’s not all of who I am. It doesn’t have to define my identity as much as what I choose to do going forward.