A Letter From The Feminists Of Our Mom’s Generation 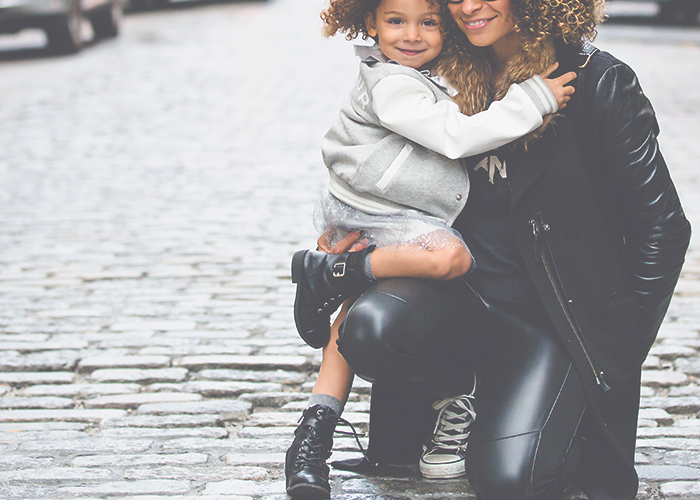 Recently, we here at TFD were discussing a very moving Facebook write-up called Feminists Of A Certain Age…by a woman named Shasta Willson. It was an insightful and reflective piece about the upcoming election, and the distinct role that feminism plays within it. Willson specifically talks about Hilary Clinton, and what her nomination/presidency would mean for women, past and present.

The article made me pause and consider the feminists that came generations before me, and those who still live today. I felt like the piece was such a valuable read, because it reminded me of how hard and how long these individuals have worked to get women to the place we are today. Like most young women, I think, I roll my eyes when I hear the comments these older feminists are making about our “disrespect” towards the potential first female President. And while I absolutely don’t think that shaming or guilting women into voting for their gender is a right or smart move, I can’t help but feel compassion when I read stories like this. For their generation, it really was a fight they had to scratch and claw at every day to get to these positions. For them, it really does feel like they have “earned” the first female President.

To be honest, I don’t think I fully appreciate the significance that Hilary winning the Presidential election would have on these women’s lives, who have waited decades for this moment to come. (I admittedly fall incredibly short when it comes to understanding the nuances of feminism and politics; I find myself Googling names, events, and definitions far more often than I care to admit.) The author expresses this sentiment and writes,

Clinton’s candidacy is the final round in a game that has lasted our entire lives. It’s not so much that it’s her turn, as that it’s OUR turn. Some of us have waited a literal lifetime for this moment, and in 2008 we were forced to wait just a little longer. For feminists of a certain age, being told to be patient — that this is not yet our moment — sounds all too familiar.

While I understand the author’s point of view, and the collective ongoing struggle to which she refers, I know there is still a lot of work to be done. In reference to this election cycle, Willson writes, “must women, who are not even a minority, be the last to be equal at every table?” I totally understand the frustration of (finally) seeing a female candidate so close to achieving this, and then coming up against another strong candidate that might thwart that accomplishment.

However, Wilson goes on to say that despite her deeply ingrained feminism, she no longer supports Clinton. In addition to that stance, she says that she doesn’t automatically expect the women of my generation to support Clinton, either. She says regardless of what our feminist ancestors did for us, and despite the dues they paid so we could have a better future, we don’t owe them our unshakable loyalty.

The author discusses the new generation of feminists who don’t feel indebted to their feminists ancestors (who might feel they deserve our support out of obligation). She elaborates on this point saying,

Here’s the truth: the young women owe us nothing. They do not owe Clinton their hard-won vote, and they do not owe we feminists of a certain age a period of servitude. The game has changed for all of us, and the young women I know are prouder, stronger, and frankly less brittle than we were. They know things that we fought to imagine — like the inevitability of a female President — and they will not vote for a candidate they do not believe represents them simply because their cavalier elders demand loyalty.

The author illustrates her issues with Clinton, saying “Clinton has been forced to make it in a man’s world and play the game of politics better, harder, and more skillfully than any of her male peers, which is exactly the problem. Willson goes on to say, “Clinton is old school. She knows how to play the game. She’s very, very good at it. Unfortunately for her, the old rules are starting to look a lot like cheating to a generation that has been stripped of opportunity.” Willson articulated how I, too, see this issue, and she put what I’ve felt as an uncomfortable obligation to vote for Hilary, into words. While I still have a lot to learn about the candidates, their vision, plans, and promises for our country, this article helped contextualize ideas and emotions I can relate to.

She ends the write-up talking about women not feeling indebted or pressure to vote for Hilary as a positive sign. And while we definitely still have much ground to gain when it comes to total gender equality, it’s important to step back from time to time and see how much progress we have really made. Clinton’s campaign has shown the huge strides that women have made in our generation, and how separated it can make us from the last. She says, “[young women] are, in fact, doing exactly what we feminists of a certain age once wished for our daughters: thinking for themselves, unburdened by gender.” It’s a hard lesson to learn, but one we are lucky to be living through.

It’s definitely worth a read, so go check it out!