A Letter Of Appreciation For Kirk, The Best Financial Role Model On Gilmore Girls 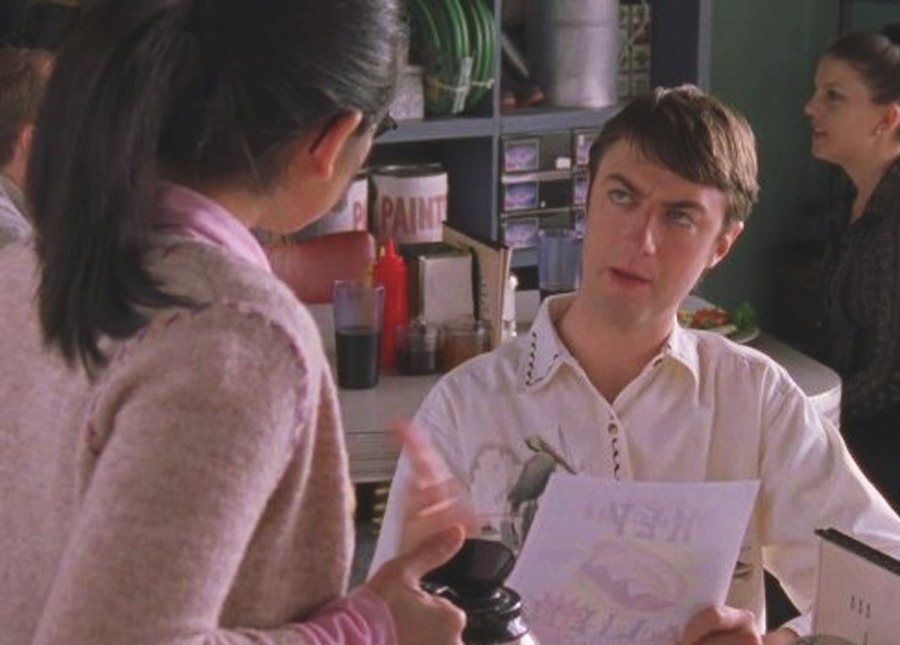 Kirk Gleason was always one of my favorite Gilmore Girls characters; he was unique and kept the series entertaining. One of the more surprising facts about Kirk, however, is how he deals with money — as I recently rewatched the series, I couldn’t help but think, This guy is pretty financially savvy. That doesn’t mean that I necessarily agree with everything he does or think his financially savvy ways are always worth it. But I do think he sets a relatively good example of what it means to be financially fit. Let’s take a look at some of the ways Kirk practiced exemplary financial habits:

1. He didn’t buy anything if it was not the price he wanted to pay.

We see Kirk haggle — several times — and each time, he either secures the price he set out for, or he doesn’t buy the product. When Luke raised the price of toast, Kirk haggled until he paid what he wanted to. And, as he somewhat obnoxiously pointed out, situations like this were part of why Kirk had more cash for things like the down payment on the Twickham house. Now, I strongly believe in supporting small business owners, and I would have personally paid the extra 10 cents for a piece of toast. But the thought is there: don’t buy something if it costs more than you want to pay and the extra cost isn’t worth it for you (but please decide this before you eat the toast).

2. He cut costs in areas that were not as meaningful to him.

Most of us could not live with our parents nearly as long as Kirk did, but living alone was simply not important to him. It appears that his mother didn’t require him to pay anything, and while I hope he helped out somewhat, this would have likely saved him about half of the $250,000 that he was offering for that house downpayment. Choosing to live with his mother for so long allowed him to have enough money for what he really wanted, and for the most part, he seemed content living there. We can’t all live at home, but if we save in the areas that simply aren’t meaningful to us, we can reap the rewards in having enough for what we want when it counts.

3. Kirk was the original Side-Hustler

Kirk knows how to side hustle better than anyone. Whether it was delivering flowers, setting up alarm systems or selling the rings elderly woman left him, Kirk always found a way to make a little extra cash (and keep his life interesting). If there was a position in Stars Hollow, he was the first one to fill it, and he was able to take advantage of many job perks along the way. There is a side hustle for everyone — if you remain persistent in your search — and Kirk is proof of this. I wouldn’t recommend taking on every offer as he does, of course, as that might be overwhelming (and do more harm to your wellbeing than good to your wallet).

4. If there was a hole in the market, Kirk found it…

Not only a master side-hustler, Kirk was also an entrepreneur. As involved in Stars Hollow was he was, he always noticed when there was something missing. When Luke’s Diner was closed, he opened his own. Before Uber could make it to the town, Kirk started Ooober. The ideas were not always in good faith or successful, but he did his best to fill the needs of the community while earning himself a nice little cushion. Just like Kirk, if you can’t find the right side hustle for your talents or time through the channels that already exist, you can build your own (or find something you can add to the career that you’re already in).

5. …but he moved on without regret when something wasn’t successful.

Ooober was, of course, not Kirk’s best idea (and possibly illegal) and he moved on from it quite quickly. Throughout the many years of Kirk’s creative entrepreneurship, he never held onto projects that were no longer serving him. For many of us, it is difficult to decide when to move on, because we hear all of those quotes about how people were “about to make it” when they gave up. Once we determine that a project/job/or anything else in our life is a bust (or has reached its expiration date) we can move on and spend our time on things that are really meaningful to us.

Kirk had his quirks and challenges — and he may not have always made the right choices — but overall he was a Good Guy (™). He lived a life that he was happy with and often did what he could to help his neighbors and friends while never forgetting to take care of his finances. I am sure Kirk had a robust emergency fund and (hopefully) diversified assets, and if Kirk can do it, you can, too.

Mary is a teacher currently living in Europe.