What Actually Happened When I Went 5 Days Computer-Free 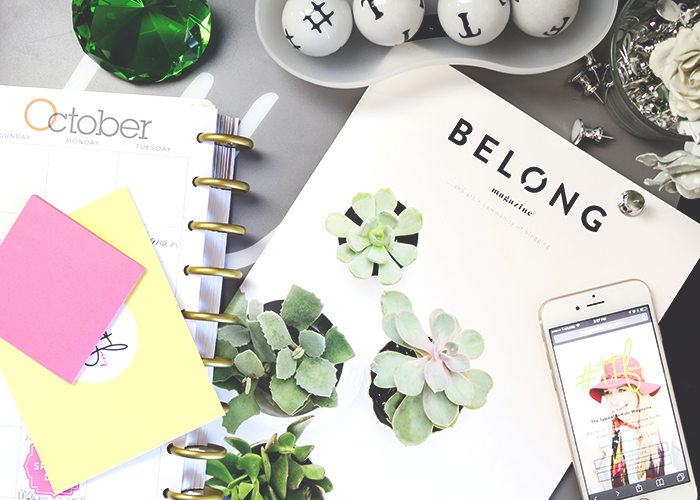 I should preface this by saying that by “5 Days Computer-Free”, I really mean “without my own personal computer,” because as both a college student and a writer, having no computer would prevent me from accomplishing basically every task I need to accomplish on a daily basis. But not having my computer feels dramatic as hell, because that laptop and I have serious attachment issues. (Well, I mostly have the attachment issues. Apparently inanimate objects don’t really have feelings???)

Because I’m not someone who needs my phone in my hand at all times, I often think myself to be a person who isn’t completely addicted to or reliant on technology. But to be honest, I can’t remember a time since 2009 that my laptop has been more than a few feet away from me. At 15, I saved every cent of babysitting and birthday money, and made my first big purchase in life: a shiny MacBook Pro. (If you’re feeling emotional about the fact that I chose a pricey Mac computer, you can join the kind folks in the comments section here.) I was so proud of my purchase and so in love with my computer that for the next six years, I never let that sucker out of my sight. It joined me for every school day, every sleepover, every family vacation, every trip to Starbucks, and sometimes even on bathroom trips. (I’m not a proud woman, friends; I’m just an honest one.)

Fast forward to 2016 — new computer, same obsession. My trusted MacBook finally kicked it after six years, and I promptly bought a new one in early June. But last week, just two months after spending $1500 on a machine that boasted superior performance and promised immunity to any and all computer-related problems, it somehow freaking broke. I was heartbroken — not because it would be costly to repair (because the repairs will be free since it is still under warranty) — but because I knew sending it off to get fixed would mean that it would have to be out of my possession for at least a few days. For the first time since 2009, I’d spend a night without a MacBook. I dropped it off at the store to get sent off, and walked away with my laptop case empty, feeling partly sad that I was leaving without it, and partly insanely disappointed in myself for feeling this way.

I wasn’t exactly sure how spending three-to-five business days without the world at my fingertips would go, but over the past week, a few things happened that proved to me that I might just be okay even when I don’t have the ability to Google at my leisure. This is exactly what happened to me, and what I learned, during my computer-free week.

1. My laptop is mostly a positive influence in my life.

I’m aware that technology addictions can sometimes get out of hand, but during my week without my computer, I learned that it really seems to only contribute to my life positively. I didn’t have this freeing moment where I felt like the weight of the world had been lifted from my tired shoulders that had been bogged down by technology. I actually mostly just felt annoyed at the inconvenience, because my laptop allows me to do the work I need to do on a daily basis more effectively and efficiently. Without it, I have to rely on using public computers at the local library or on campus at my university, or using my parents’ computer. While those are all great options, it made my work schedule for the week a lot more stressful and difficult than it needed to be. Being without a laptop added a layer of stressful planning to my already busy life that is entirely avoidable.

2. I did get stuff done that I might not have if I had my computer.

I justify the amount of hours I spend plugged-in every day to the fact that I write, and do so much schoolwork on my computer. But the truth is, at the end of the day when all of my work is done, I’m mostly looking at memes on Reddit and Googling things like “do dogs have feelings???” instead of doing things I should be doing. Sometimes, my daily to-do list will have some at-home tasks to complete in the evening after work and school, like “do laundry” or “vacuum bathroom floor,” and I’ll get so distracted winding down from the day and enjoying my Internet time that I push those tasks to another day (or, you know… never). But last night, I sat on my crisply-made bed with freshly-washed sheets and surveyed my spotless bedroom-kingdom by 9pm, wondering how the hell I’d accomplished all of the tasks on my to-do list (and then some) so early. Then it hit me that it was because I spent the time I’d usually spend screwing around on the internet actually doing the things I wanted to do.

3. I actually did sleep a lot better.

People are always saying how you shouldn’t look at screens before bed, because it can disrupt sleep. I’ve never really paid any mind to it (and to be honest, I’m not paying much mind to the science behind it right now, I’m just speaking from my experience this past week). I’m not a huge phone person, so the screen that tends to distract me before bed is (you guessed it!) my laptop. I often keep it open working on things or just ~surfing the world wide web~ until the second I close my eyes. Going to bed without staring at the laptop screen before passing out for the past four nights has actually seemed to put me into a much deeper sleep than I’m used to. I’m feeling suspiciously well-rested, which makes me super happy because I’m a person who often wakes up in the middle of the night for no good reason. Again, scientifically speaking, I’m not entirely positive this is due to the lack of computer use before bed, but it seems like it could have something to do with it.

4. I am entirely capable of doing what I need to do every day without a computer; but I would never choose to.

I was dreading the fact that I’d have to schedule my days around when and where I could find a computer to work on. The ease of being able to conveniently pull out my slick little Mac wherever and whenever I want is one of the things that makes my schedule so manageable. Being able to accomplish different tasks on-the-go makes it so that I can stretch out and take full advantage of every minute in my busy day. However, I found pretty quickly that with a little extra effort, I was able to ease into a new schedule and find a way to make it all work out. It took a little extra planning (like remembering to bring my external hard drive with me while using public computers, or heading to campus extra early in the morning to do a class assignment on a school computer since I couldn’t do it at home), but it was definitely much more manageable than I had expected. That being said, I wouldn’t willingly give up my laptop any time soon. It makes my life easier, and having it at my disposal to help me accomplish all of my work in a more efficient way is totally worth the risk of forgetting to do my laundry because I got distracted by a YouTube video. (Although I will try actively to give myself a cut-off time from now on, so I can actually accomplish things in the evening sometimes.)