How I Adopted An “Abundance Mindset” Towards Money 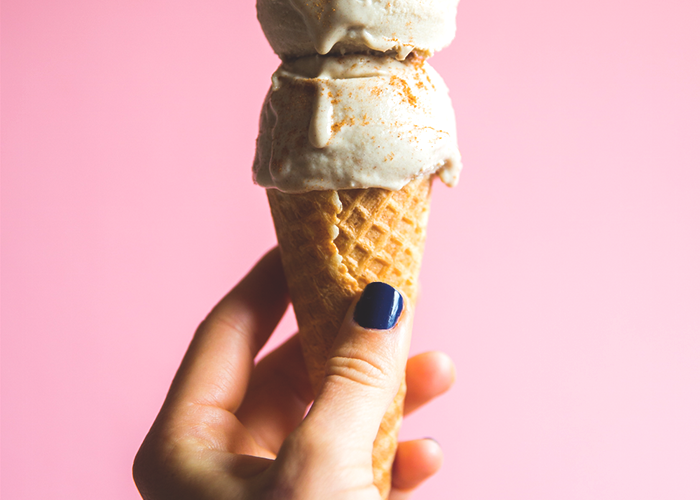 In August 2016, at the ripe old age of 26, I finally got my first “adult” job. After a decade of working for minimum wage, juggling two or three jobs at a time, hustling my ASS off, and going to school, getting that first paycheck — which covered MORE THAN THE BARE MINIMUM! — was unbelievably exciting. I paid my bills, bought some adult clothes, and found myself with plenty of money left over. After some Googling, I’d decided what to do with it.

I was going to become a millionaire.

Now, it’s only been a few months, so while I’d like to say I’m already 50% of the way to millionairedom, obviously I am not. However, I’m sure you can imagine that, once I’d made the decision to give it a go, I started to do everything I could to keep my money and attract more money. I set up automatic transfers to my savings account so I could “pay myself first.” I found ways to make extra money, like working overtime or writing articles. I read everything I could find about personal finance, and “built my knowledge bank.”

It was going well. I quickly paid off the lingering overdraft I’d had since my student days, and built up an emergency fund. Then I started investing. Just when things were really starting to take off, and I was beginning to actually believe it might be possible for me to become a millionaire, I got a phone call from an old friend.

She was in the shit. She’d quit her job because she’d been offered a better one, and then it hadn’t worked out. This was her sixth week of unemployment. She had no savings to speak of, and no family to rely on, and although she’d managed to pick up a few waitressing shifts through an old friend, she was essentially living on nothing.

I don’t think my friend phoned me with the intention of asking for money — we speak regularly on the phone, anyway (we live in different parts of the U.K.). But, when she explained her situation, I just couldn’t bear the thought of her freezing and starving to death, all alone in her flat, wondering and worrying what would happen when the landlord realized her rent hadn’t been paid. I got her bank details from her, did some research about cost of living in her area, and transferred what equated to about two weeks’ of my wages directly into her account.

It was only a temporary solution for her (she’ll still have to figure out how to pay her bills next month), but it bought her some time.

It also made my eyes water.

Don’t get me wrong: I didn’t hesitate to give her the money. At the end of the day, it’s just some money, and right now, I don’t need it. (She also promises she’s going to pay it back, but I’m not holding my breath!) But after so many months of working to bring money into my life, it felt really, really scary to give it away. Okay, so I’ve been doing well recently at earning money, but what if it doesn’t last? What if the money dries up, and that was my only shot at building wealth? Shouldn’t I be looking after myself first, instead of throwing money at my lovely but ill-prepared friends?

Am I going backwards? Am I making a bad decision? Is this just further proof that I don’t have what it takes to be well-off?

All of this was in my mind as I logged into online banking and clicked “make payment.” I noted it, and then figured if, leaving my friends to starve to death was what it took to be a millionaire, then I didn’t want to be one, anyway. But it still hurt a bit.

Then, a few hours after I made the transfer, I got thinking. I remembered a strategy I’d come across when I first began reading about personal finance, called “spreading the wealth.” Essentially, it was the idea that being in “scarcity mode” (or associating money with feelings of fear and lack) will keep you in a place of lack, and that, conversely, behaving like you have an abundance of money — by being generous — will encourage money to find its way to you. Sounds a bit ridiculous, but here I was, unintentionally giving it a go.

I made the payment to my friend on Monday. When I got to work on Tuesday I found an email to “all staff” in my inbox, detailing a pay rise that had been negotiated. The amount I had lent to my friend, roughly two weeks’ wages, was the same as the amount my salary had risen by.

And it didn’t stop there.

On Wednesday, I happened to by passing my boss’ office, and she shouted me in. The engineering department of the college I work for needed someone to deliver a communication unit, and I was first in line to pick it up. I get paid per class I teach and it was an evening class, delivered during “unsociable hours,” which means it is paid at an enhanced rate. From this gig, I’ll make in four months enough to cover what I gave to my friend.

Now, don’t get me wrong — this story would be more impressive if I’d bought a lottery ticket the evening I gave my friend the money, and won ten million quid overnight. However, this is real life, and I’m a real person. This is not a polished-up story from a magazine, and I’m not a Harvard-educated business tycoon. But the point is that the kind of thing I just did is attainable. We can all begin to think of money a little differently, and let it flow to us instead of scrabbling around trying to hold onto it.

I was afraid that directing money away from me would send out the wrong signals — that somehow, the universe would think my donation to a friend meant I didn’t want any money, and that everything I’d achieved since starting my new job would begin to fall apart.

I was afraid, because I thought I might have just shot myself (and my savings goals!) in the foot. However, when I released those fears and trusted that supporting my friend was the right thing to do, I was helped out. I didn’t have to choose between being a good person and being well-off — I learned I can be both. In fact, more than that, I learned that being generous with money is actually an intrinsic part of developing a financial strategy. Yes, we need to budget (gross), and invest, and learn to negotiate. But we also, perhaps first and foremost, need to have the correct attitude towards money: an “abundance mindset.” I’ll be almost £3,000 richer at the end of this year, maybe because I opted to help my friend. Even better, according to some calculators, a £3,000 increase in my salary this year could add up to over £50,000 in increased paychecks over the course of my career. It’s hard not to connect those things with the fact that I helped my friend with some money.

And this is just one tiny thing I did. Imagine if I got the whole mindset sorted out, if I could properly believe that an abundance of money was doing its best to find me? I’d be a millionaire in no time!

So what I’m basically saying is: line up, everyone, I think I’m feeling generous! And by the way, universe, if you’re still listening — I’d love a new car!

Disclaimer: please don’t give away all your money! I was genuinely in a position to help my friend out without doing any financial damage to myself. I don’t advocate doing anything with your money that would leave you in a worse position!

Naomi is a lecturer and incurable dreamer from the most northerly town on mainland Britain. She likes yoga, hot tea, the feeling you get when snow is in the air, and death metal. She doesn’t do social media because she’s easily sucked into the black hole of news feeds and would never get anything done.