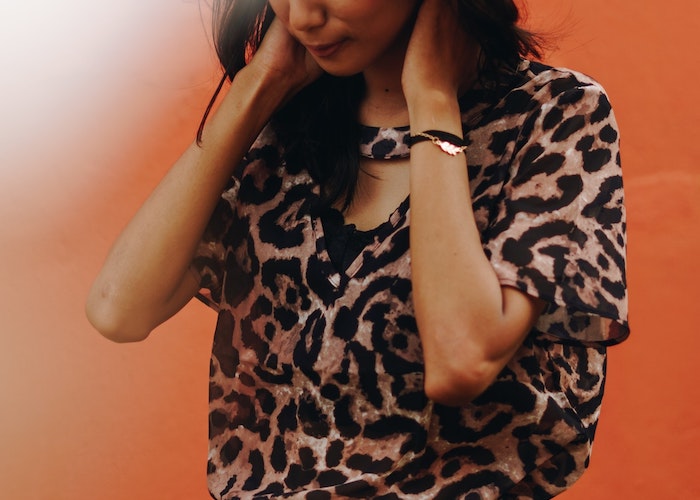 I received my autism spectrum disorder (ASD) diagnosis four days after my twenty-second birthday. All my life I experienced things such as sensory overload, meltdowns, and social isolation from being different. I was always told that I was an offbeat member of my peer group and that I was mature, smart, and well-behaved. I didn’t have friends and dealt with persistent bullying in school. I didn’t know why I seemed to have a target painted on my back and why I was so dissimilar to other kids my age. At twenty-two, I had an answer, and my entire identity flipped upside down — I had no concept of who I was outside of the behaviors I exhibited because of autism.

Since 2013, Autism Spectrum disorder has become a popular topic of conversation. That year, we saw the latest update to the Diagnostic and Statistical Manual (DSM), giving us the DSM-5. Previously, the DSM had two different diagnoses for autism: one simply called autism, and the second was called Asperger’s disorder. The DSM-5 combined both terms and rebranded the condition under autism spectrum disorder. Although this made diagnostic procedures simpler for clinicians, it did not account for important neurological differences between the two. Long story short, it made it extremely difficult for people with Asperger’s to access social benefits they needed to live their lives.

This isn’t the first situation in which those on the mild or “high-functioning” end of the spectrum were treated as an afterthought. Autism has recently seen a surge in awareness following the inflation of diagnoses amongst older age groups. Those who reside on the mild end of the spectrum had gone their whole lives without proper diagnosis or resources which could have significantly improved their quality of life. The difficulties they faced were distressing, to say the least. While the number of ASD students attending higher education has been significantly increasing, the resources available to them are extremely limited, according to a number of studies, including this one published in the Medical Research Archives.

I was a quirky kid. I had the same routine each day and would get emotionally rattled if that routine was disrupted. For example, whenever my family would go on vacation, I wouldn’t sleep in and relax. I needed to get up at my usual time, 5 AM and do my workout. I ate the same foods every day. Once in a while, I would introduce something new, but I usually stuck to the same meals for at least three months without deviation. I wouldn’t eat certain foods because the texture made me feel ill. This also happened with clothing. My wardrobe was a uniform. I never wore anything made of velvet or denim, those fabrics gave me literal pain in my teeth if I touched them for just a second.

The most significant attribute of my personality was my emotional sensitivity. Aside from socializing issues, I became easily overwhelmed with sadness and frustration, to the point where I would become paralyzed in public, often collapsing to the ground and staying in the fetal position, waiting for the wave of emotions to run their course. I couldn’t think, move, speak or even understand anything being said to me — I would completely shut down.  During my younger years, this created issues between me and other kids my age, but as I got older this would present itself as a significant hurdle to earning an income.

Like most teenagers, I worked in customer service, mainly restaurants. While I was able to work my way up to managing the last restaurant I worked for, every day was an emotional roller coaster. To everyone else, I seemed a little sensitive, but on the inside, I was constantly trying not to cry or get angry at the smallest things, most of which wouldn’t bother the average person. Customer service is stressful at the best of times but for me, it was deteriorating my mental health.

This type of situation repeated itself a few times, never getting easier each time around. Even in my current job as a rental agent, where I work in a relatively stress-free and quiet office, I still have to interact with the tenants in my building on a daily basis. All of this to say that knowing why I’m so easily affected by seemingly mundane situations would have dramatically improved my job performance and help my employers accommodate me properly. Once diagnosed, I haven’t really experienced any negative reactions, but I have had a lot of people tell me that “you don’t look autistic.”

I’ve found the phrase, “you don’t look autistic” to be an accurate portrayal of what it’s like to live on the mild end of the autism spectrum. I appear to be just as normal — whatever that means — as everyone else, but I can’t seem to function the way others do. While autism is a neurological disorder, this sentiment can be applied to anyone who lives with an invisible illness.

I’m not the only one who’s had these problems. According to a May report from Drexel University’s Autism Institute, only 14 percent of adults with autism held paid jobs in their communities, and only two percent of all autism research funding is allocated towards understanding adulthood and aging in the autism community.  To reemphasize my point about underrecognition of ASD, the realization that autistic children grow up to become autistic adults has only made headway in the last ten to fifteen years. I find it ridiculous that both society and the medical community have taken this long to grasp the chronic nature of autism. Unlike many psychiatric conditions, autism is unable to be treated with prescription medications because it’s not a disorder in the conventional sense. I’ve found the best way to explain autism to others is comparing it to computer operating systems: Autism is a different operating system from what is used in the brains of neurotypicals, it doesn’t mean we’re defective in any way, just different.

I would encourage everyone to educate themselves on what it means to have autism spectrum disorder. Learn about why we may react inappropriately to minor inconveniences, how surrounding stimuli can overwhelm us, and how you can help someone who is in the midst of an autistic meltdown. Compassion and understanding towards those who are different have always been an admirable step forward in connecting with each other in our communities. Everyone needs support from their peers, even if that person looks like they have their life together.