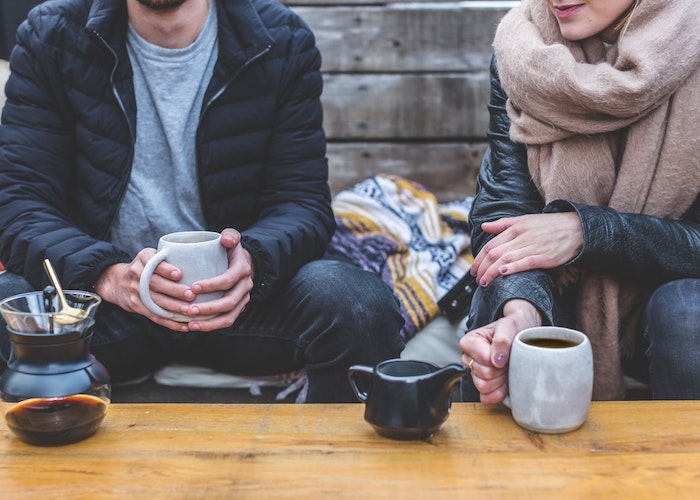 Not long ago, I picked up Leora Tanenbaum’s I Am Not A Slut after staring at it on my shelf for months. I was glad something like it had been written, but I didn’t think it was something I personally needed to read. I don’t slut-shame, so what could I learn from it? I am an Evolved Feminist. This was clearly meant for the Less Informed. But after a friend randomly picked it up and started reading aloud from it one night, I decided what the hell — I’ll just read it. If it’s no new information, I can stop. You don’t own me, book!

I Am Not A Slut turned out to be an enlightening and heartbreaking look at the effects of slut-shaming and slut bashing, particularly for girls and young women growing up amid social media. It reinforced a lot of what I believe about the damage done by shaming girls and women and gave me hard evidence to back up those beliefs. I don’t necessarily agree with all of her opinions, but Tanenbaum’s writing is eye-opening, important, and extremely well-intentioned. I’m really glad I read it.

It also made me realize that, despite how evolved I perceive myself to be, I’m a part of the problem.

A lot of the book delves into the ways a girl will try to brand herself a “good slut” and how this almost always backfires. The line between “good slut” and “bad slut” is, though tenuous and socially constructed, dangerous, and a girl is never actually in control of her own labeling. Basically, by confirming their status as “good sluts,” girls can gain what they perceive to be positive male attention: they go to parties in order to be photographed being at parties, and post photo after photo of themselves wearing bikinis to Instagram and Facebook. They “admit that they choose clothes that make them look sexy but don’t scream ‘slutty.’”

I actually thought to myself, I’m so glad I never did that. But then I realized, even if I lie to myself and say I’ve never worn revealing clothing to get dudes to look at me, there are so many other ways I’ve tried to attract male attention.

I mean, here I was, judging other girls for acting in ways to impress guys when there are absolutely instances when I’ve done the same. But sometimes I’ll still see another woman doing something completely innocuous, like wearing shoes that I perceive as too high to effectively walk in, and I’ll roll my eyes at what I think is her attempt to impress and attract men, regardless of her actual intentions. And at that point, I have to humbly remind myself of exactly what I’m doing.

I’ve certainly taken measured steps to get male attention, extending well beyond wardrobe decisions. Throughout my adolescence and early adulthood, I attempted to actively cultivate my interests into something that I thought would attract guys, be they specific crushes or idealized versions of a type of dude I’d dream up. I thought I’d always been staunchly against the idea that I would need to find a man to find fulfillment, but I was also a hopeless romantic who devoured every rom-com and cheesy YA novel wherein a dreadfully-beautiful-but-doesn’t-know-it lady protagonist gets chased and caught by her One True Love. (For the record, I still like these.) I was raised to be my own person and my own advocate, yet I somehow still found myself wanting validation and approval, for some dude to tell me I was “not like other girls,” which is just so shitty to other girls.

My thought process was, of course, riddled with contradictions: I wanted a boyfriend, but I was determined not to seem like the “type” of girl who obviously wanted male attention. I would find out what a boy liked and make it my mission to learn everything about that thing so that he would inevitably fall in love with me. Or, I’d be inspired by some female character in a movie who would win a male character over because of her impeccable knowledge of beat poetry, and I would model myself after her.

Even if I didn’t consciously know it at the time, all of these decisions were about impressing dudes. And, as it goes, I can place a monetary value on nearly all of these choices. Some highlights:

I watched/listened to the Garden State DVD commentary so many times that I still remember Zach Braff saying there’s nothing sexier than a girl who collects vinyl. So when I was 17 and thought Zach Braff was the be all and end all of ~taste~, I asked for a record player for Christmas and took it with me to college. I used it maybe 16 times over the course of 4 years, after which the cord stopped working and it has since been collecting dust in my apartment. (I realize this was a gift, and not my actual money, but I’m still counting it because it could have been used towards something I actually wanted, like all of Everwood on DVD.)

All purchased from Urban Outfitters, a.k.a. the world’s most renowned record store.

Another UO purchase. I have seen all the Star Wars movies maybe once, so yes, this definitely felt at home with my personality.

A cute guy in my high school told me he only listened to country music, so I, in the midst of a weeklong infatuation with him, spent the entirety of a $50 iTunes gift card I’d been saving on music that I didn’t actually like.

I went to every single football game my freshman and sophomore years of high school because it was The Thing To Do, and my crush at the time was on the team, so I wanted to impress him. Most of my friends did too, so I have some fond memories of them, but after two years I realized I’d rather spend my Friday nights watching Moulin Rouge and eating junk food.

Do I actually like Wes Anderson movies? Yes. Did I need to purchase the Criterion Collection edition of Bottle Rocket? Questionable. But college freshman Holly did not see this as a choice. How would guys understand I had ~quirk~ if I didn’t have physical evidence of it?

In college, I noticed that an overwhelming number of dudes would perk up if you mentioned that you were into Game of Thrones, so I attempted to watch the show for a few seasons and put a map of Westeros up in my room. To this day I cannot name more than three Game of Thrones characters.

I could go on, of course. It’s hard not to look back on my high school and college years, both emotionally and financially vulnerable times, and not feel like I wasted so much money and time trying to shape myself into the kind of person I thought other people would take interest in. If I was going to waste it, I at least should have done so on things I actually enjoyed.

I was treating myself like a brand rather than a human being, essentially setting up an inbound marketing campaign on HollyTM before I even had the knowledge or work experience to be able to be bored by that idea. I wanted male attention, not just for how I looked or dressed, but also for who I was and what I liked — but I still wanted male attention. My motivation was the same as that of “sluts,” “good” and “bad” alike. (Also, it didn’t work; no genuine, healthy relationship I’ve been in started because I lied and told a guy I was really into Garth Brooks.)

So when I assign a monetary value to these motivations, it’s a reality check — it shows me how much I’ve wasted, particularly in years when I didn’t have a lot extra to spend, just because I subconsciously thought I needed this external source of validation. Beyond my flawed thinking that attracting someone was the most important thing for me to focus on, it’s clear to me now that I didn’t think of myself as inherently interesting enough to attract anyone on my own. That makes me so sad for my younger self, and other women — but it makes me more understanding of them, too. I’m glad that I now know (a little) better. I can’t believe I still catch myself doing things not out of my own interests, but for male attention. But recognizing the motives behind my own actions has been key to me getting out of the habit of judging other women and, hopefully, saving some money at the same time.

(This post was originally published September 2016 and has since been updated!)