All The Sneaky, Hidden Costs That Made My “Affordable” Luxury Apartment Too Good To Be True 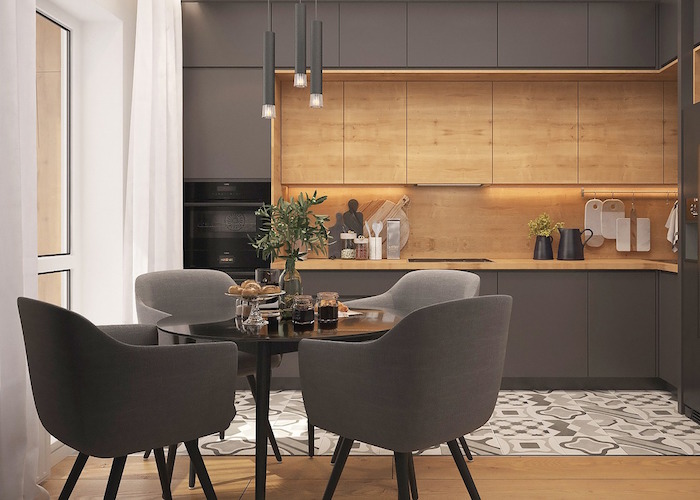 Ah, luxury apartments. Everyday living made to feel like a five-star hotel getaway. Relaxing by a rooftop pool rosé in hand, a doorman to collect your packages and hail your cabs, and the bliss of in-unit laundry (yes, a total luxury in cities like NYC). Swoon.

Living in a luxury apartment sounded like a dream to me, but in reality, this fancy-living fantasy never materialized outside of the rom-com that put it in my head in the first place. I soon discovered that there isn’t much of a qualification process for a management company to call themselves “luxury,” leading many luxury apartment leases to be more or less a scam: hiking up rent while offering a few barely-functioning amenities.

I ended up getting swindled by a “luxury” apartment management company and learned the hard way about the true cost of living the high life.

The cost of my “luxury” living situation on paper

Typically, in New York City at least, a landlord or management company wants tenants to make a salary of at least either three times the yearly rent or 40 times the monthly rent. I was looking at a studio apartment that was $1,745 a month or $20,940 for the year, which meant to qualify I should make about $63,000.

I wasn’t quite at that pay level, but I really wanted the apartment. It had laundry in the unit! It had a dishwasher! It had everything! I was dazzled by the thought of having the suburban amenities I grew up with that were so hard to come by in city living. At the time of filling out the application, I was making around $50,000 with my full-time salary and freelance work combined. That put me a solid $13,000 behind the qualifying salary to get approved for the apartment, but admittedly, I had some help with the costs of adulthood. My dad covers my phone bill, car insurance, and health insurance (since I’m not yet 26), and my student loan payments aren’t terrible either, at $200 a month.

Based on monthly rent and utilities, I did the math and determined I could still afford to pay my bills while living in this luxury apartment since I didn’t have many of the additional costs other adults have. What I did need, however, was a higher salary on the application.

My dad agreed to co-sign my application, and I was accepted. Hello, waterfront views! Oh hi, gym within walking distance! Everything was fine and dandy, and I paid the security deposit and signed the paperwork. That’s when the hidden fees started rolling in.

Upfront, I knew there was an amenity fee of $50 a month, paid in a lump sum of $600 upon signing the lease. Then there was my monthly pet fee of $50 a month for my perfect baby angel-faced cat. However, in addition to this extra monthly fee, I also owed a pet fee of $500, regardless of how long I leased the apartment, be it five months or five years. (When renting, note that a fee is a one-time payment, whereas a deposit you get back.) Adding up my security deposit, amenity fee, and pet fee, my bank account took a major hit just for me to get the keys.

More and more unexpected “luxury” costs popped up, many that I’d never had while renting other “normal” apartments in Brooklyn and Queens. For example:

In the end, my $1,745 apartment turned into over $2,100 a month, which would need a $75,600 yearly salary rather than the $63,000 management originally asked for to qualify (that doesn’t include the billing glitch that cost me $1,000 – but that’s another story). Already cutting it close, I was swamped in charges I didn’t calculate into my monthly budget. So much for the boutique fitness classes and Broadway shows I had in mind — all of my free income went into my luxury apartment, which I ended up spending a lot of time in since I couldn’t afford to go out.

How I made ends meet

Fortunately, I was able to pick up extra freelance work to meet most of my bills, and I have a savings cushion just in case. But many others fall into the luxury apartment trap without a fall-back plan. Even if I did make enough to qualify without a co-signer, the added expenses would have still added up to more than three times the rent.

My main takeaway was that I shouldn’t have stretched my budget to its limits in the first place by using my dad cosigning to get me into the apartment. Every “luxury” amenity came with a service charge. Management charged as little as $5 whenever and wherever they could. On top of all of these fees, the management company was terrible, too, not communicating, sending incorrect bills, not attentive to maintenance, etc.

Between my own experience and those of several friends who have signed leases for “luxury apartments” in the New York City area, not one of us has ever renewed our lease. The truth is, you pay an exorbitant amount of money for a marginally better living experience — essentially, modern design and a doorman. Okay, maybe air conditioning and in-unit laundry, too. Despite everything, I have to admit: I will miss that washer and dryer.