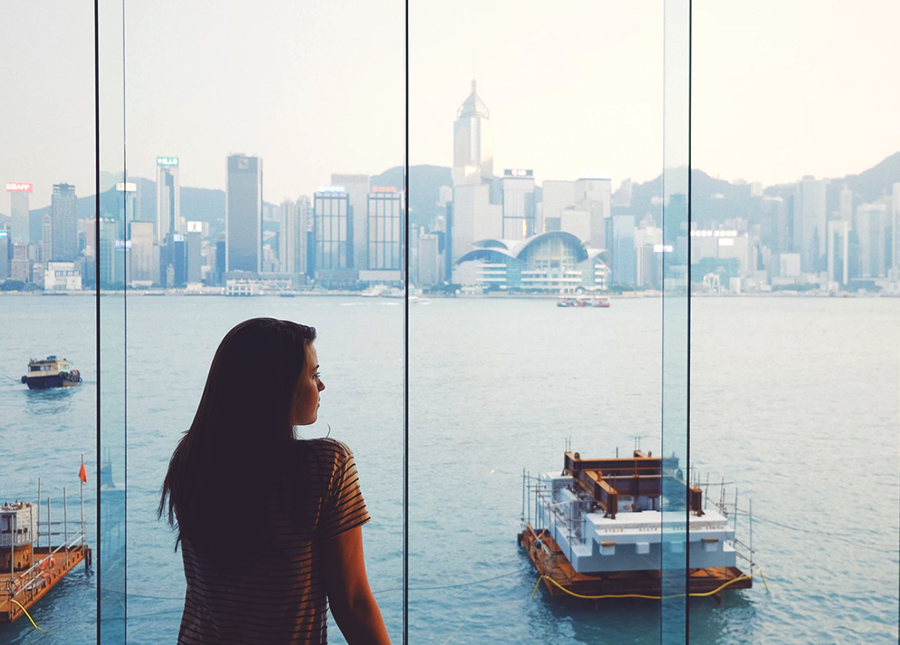 When I moved to San Francisco, I had one pocket full of $400 and another pocket filled with years of expectations. I truly believed the city had something buried between its rich history and limitless possibilities that would allow me to become everything I wanted to be. And though it may not be New York, I was felt enamored by the thought that if I could make it there, perhaps I could make it anywhere.

If you’ve read my writing on this site, you’re probably aware of the fact that I no longer live in the city and relocated back to the suburbs. While part of this happened because I ended a long-term relationship that drastically altered my living situation, the main reason I left was simply that I could not afford city life. Even though I worked two service jobs and split rent with four housemates, it still wasn’t enough. And to be honest, I felt devastated when this happened. In my mind, the city represented the definition of success. When I used to tell people I lived in San Francisco, I felt proud of it. I knew living in the city wasn’t easy, which is why it provided me with a sense of accomplishment, even when I wasn’t feeling so accomplished in other parts of my life.

And in many ways, I know it is dangerous to tether this idea of prosperity and happiness to any one place. But TV shows such as Friends, How I Met Your Mother, Sex and The City, Girls (HBO’s and the CW’s 2 Broke ones) have helped us reinforce this cultural idea that living in an urban population is automatically indicative of success — regardless of what your quality of life might be. When I reflect on the two years I spent in a big city, I realize it was definitely not as romantic as Tony Bennett makes it seem. But it still shaped so much of who I am today.

San Francisco shattered many of my dreams, but it also brought many pleasant surprises, I wouldn’t trade them for the world. And while I’m unquestionably a different person than I was when I moved to the city four years ago, the things about me that did change over the years aren’t at all what I’d anticipated.

It did not make me become super fashionable.

You kind of assume from most TV shows and magazine shots of celebrities that everyone who lives in a big city is always dressed to impress. And if my memory serves me correctly, it seems like the women always wore heels. I longed for that chic, polished style of “city girls” like Carrie Bradshaw and Blair Waldorf. But when I finally lived in the city and learned how difficult it was to fit high-fashion clothes into my budget (yes, even the ones from consignment shops), it became significantly less important to me. Also, since I worked in food service, 99% of the time I was rocking black khakis and non-slip sneakers to my after-work soirees, so my sheath dress/black pump dreams were very quickly tossed in the trash.

But it did encourage me to curate my own sense of style.

When I moved to San Francisco, it was the first time I was forced to develop my own personal style. Prior to living in the city, my wardrobe was dominated by my old college hoodies, tank tops, jorts, and sandals (in my defense, I went to school in a beachy town). I was 23, but dressing like I wanted a student discount. And that is not the image I wanted adult me to present to the world. But after briefly flirting with being a “girl who wears high heels in the daytime,” I learned very quickly that is not the person I am, nor who I will ever be.

For too long we’ve allowed self-righteous assholes to push this idea that taking an interest in one’s clothes is superficial, which is the farthest thing from the truth. Our appearance reflects how we feel about ourselves and how we want the world to perceive us. But it also doesn’t mean you should go spending $300 on black pumps when you know damn well you’re going to rock flats.

It didn’t make me fall in love with being a career girl.

Even though I worked pretty damn hard when I lived in the city, I never once saw myself as a “career” woman, nor a #girlboss. But for some reason, I thought living in the city would change that. Perhaps it is because many of the women I found to be aspirational were often “career women” who lived in big cities — Rachel Green, Robin Scherbatzky, Peggy Olson. In my opinion, these (fictional) women embodied the definition of hard-working, independent women that I interpreted as feminist™, and I thought that’s how I should act as a young, adult woman.

Little did I know that I didn’t have to emulate these women to be successful, nor did I have to define my identity by my job. When I finally gave up trying to be someone I was very obviously not, I developed a better sense of who I actually am. I can just be Savanna, who likes to write and who works for her money doing lots of different things, and that’s more than enough to call myself valuable.

But it did make me work harder.

During the time I lived in San Francisco, between my opening barista shift and closing waitressing gig, I worked something like 70 hours a week (and yes, reading that today makes me want to cry a little bit). But allow me to be clear: I am definitely not trying to brag about how #busy I was. I personally believe American culture has a pretty toxic relationship with work that too often glorifies exhaustion, and the last thing I want to do is feed into that mentality. However, I do believe if my experience working in the city did have one positive effect on me, it’s that it forced me to develop much more of a hustler’s mindset, because I was so determined to make my situation work.

It did make me a better planner…

There are many things suburbanites take for granted, but I think the biggest one is convenience. In the suburbs, if you have a car, you can leave to run errands without much thought, because you’re not at the mercy of public transportation. While living in San Francisco, between working my two shifts every day, I had to take naps if I wanted to get a decent amount of sleep every 24 hours. Moreover, I had to figure out how to manage my time so that I could fit grocery shopping, exercise, and laundry into my schedule. Even though I’ve since returned to the suburbs where there’s a washing machine in my hallway, I’ve carried this habit with me so that I know I’m always making the most of my day.

…but it did not make me any more inspired.

I placed so much emphasis on San Francisco being this mecca of creativity, I swear I convinced myself that if I stared at the Golden Gate Bridge long enough, I’d be struck with enough inspiration to create something just as majestic with my writing. Only, that never happened. Most days I resented looking at the bridge, the tourists who flocked around it, and the fact that it cost me so much damn money to be within a 10-minute walk of its view.

And on those same days, I definitely wasn’t writing, because I was exhausted from simply trying to survive. And this made me feel guilty, because I had bought so much into the starving-artists-make-great-artists myth, that I thought the universe was sending me a sign to call it quits with my dreams because it wasn’t providing me with the motivation I wanted. But then one day I came to my senses. Staring off into the Golden Gate was just that: beautiful, but it wasn’t magical. I wasn’t going to suddenly get an article published or write the next best-selling novel by being awed by someone else’s work.

There is a wonderful quote by the author Neil Gaiman, whose novel The Graveyard BookI happened to read when I lived in the city. The quote reads:

“Wherever you go, you take yourself with you.”

And if I could sum up my time in San Francisco, it would be me coming to terms with how much this phrase applied to my experience. Because it’s true: you can change your clothes, your job, and the scenery as much as you want, but deep down, you are only as inspired as much as you allow yourself to be.