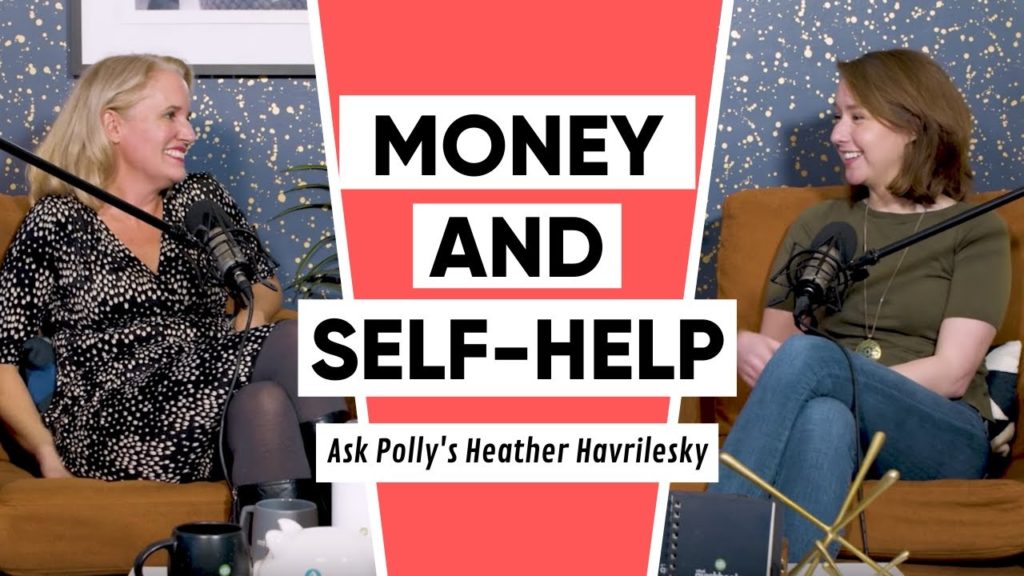 Each week on our new podcast series, The Financial Confessions, we’ll be sitting down with a new guest to talk all things money, getting ahead in your career, and the financial insecurities that make us tick. In this episode, Chelsea spoke with writer and “Ask Polly” columnist Heather Havrilesky — read on for their conversation on life-hack “gurus” like Tim Ferriss, and why men can get away with “basic-ness” that women can’t. Listen to the full episode here or scroll down for the full video!

Okay, so you have another essay in your book that I think our audience would love to talk about, because we are — we’re not in the exact same space as this gentleman, but he really overlaps with a lot of the personal finance, self-improvement universe. And that’s Tim Ferriss.

And you wrote a chapter that’s mostly focused on him and his books but is more broadly about the concept of gurus and life-hacking, and mastering your own life and body and self, and a lot of the — maybe not necessarily the shortcomings of that approach, but the hollowness, in a lot of ways, of that approach. And first and foremost, tell us, especially for those who haven’t read the book, what your take on what a guru is and how Tim Ferriss plays into that.

Well, I mean, okay, so gurus — I was struggling with the concept of gurus, because my last book before this was really about– it was Ask Polly columns, right? So it was really a book of advice. And so I was toying a lot with what my role in the world should be and how I could navigate as a person who represents — I give advice, I’m a person who knows a few things, without either being totally disappointing physically and emotionally and everything when you show up at a reading, and there she is, and Jesus, why would I ever take advice from that type of person?

So that was part of it. But then when you get into that space of, well, what should I be? How should I seem if I’m going to bestow wisdom on people live? Shouldn’t I be prettier and more fashionable?

And then when you get into those layers of, how do I game my body to be better, and also just when you’re obsessed with self-improvement, which you tend to be when you’re giving people advice all the time and you’re trying to solve the problem of how to fix their lives, you start to understand the folds of where you could easily become just a mutant who is so fixated on optimizing every dimension of their reality that you almost become like a cyborg who can’t just exist in a moment and be imperfect and accept the imperfection of other people also.

I think that there’s a space in our culture where people just feel like, Jesus, I’m really doing this. I’m firing on all pistons. Oh, look, the secret doors are opening up. I’m meeting interesting, amazing people who have money and are fabulous, and they want to know me because they read my shit.

And it’s easy to get into this glam– I mean, it’s not that glamorous, but into this space of, in order to be with these people, I’m going to need to be living my best life and being my — and if you’re a neurotic person, which I am, your brand turns against you because it’s like, hold on. You give people advice? What the hell are you doing? Why are you wearing that underwear?

Yeah, everything is called into question.

Everything’s called into question, including, like, there’s a dust bunny in the corner. Why are there smudges on your windows? What’s going on with you? Why are your roots gray right now?

What does that represent?

I think that we’re in a time in history where — I mean, here I am, on camera, right? You hear my voice. What if I had a weird voice? You can see me now. It’s intense to be a writer who’s also supposed to be a brand that represents — I mean, everyone is in this — I mean, you don’t have to be a writer. Our world is making brands out of all people.

And in order to survive, especially as a writer, you need several income streams. You have to be managing your business and owning your brand and promoting and all these layers of things. So in the process of looking through that, the main thing I think that I dedicated myself to was not selling other people on a way of life that– I mean, avoiding selling people something that was basically just enabled by money or enabled by whiteness or enabled by–

–yeah, I’m married to a professor, and I’m fine, and I live in the suburbs. Trying to understand– not a, hey, it’s so easy. You just work this amount, and then you go surf in Costa Rica. It’s fucking fun and great, man. Go with your friends, Steve Jobs and Mark Cuban.

We’ve hacked life, man. We’ve figured it out. And then to also call your privilege– hey, I’m the best life-hacker there is. And also, there’s the feminine version of that. I mean, not to dogpile Gwyneth, but Goop is–

Fucking dogpile her. You point out something. First and foremost, Tim Ferriss’s brand and his approach to life is just fundamentally not for me. I’m similar to you in that I like a life that feels imperfect and open to the messiness of reality. I like all that stuff. And I don’t like looking at myself through a prism of optimization, because I think that easily, for a lot of people, can spiral into a mania where it’s never optimized enough.

And dissatisfaction with any natural imperfections. But I think what was most compelling to me about it was the point that, for so many of these gurus, Tim Ferriss only being one of them, there’s such a lack of any kind of analysis that extends beyond the self, almost by necessity. Because you can’t really bring into question, what are your structural advantages and disadvantages, or what should you do if you have crippling medical debt or can’t afford to feed your– or any of these things, or having a harder time getting hired for the same job because of the body that you might be in, all of these things.

There’s nothing around it. It’s all in a vacuum. But then, a step further, it’s not really going toward anything. There’s no intrinsic motivation of, I want to —  because it would be understandable to say, I want to have 60 hours free a week because I want to work on this very specific problem that needs solving, and I need to dedicate all of my resources. And there are people who are that way, to give as much as they can of themselves to a specific thing.

I have no doubts that Timothy Ferriss’s books have profoundly helped maybe millions of people, and people can get lots out of it. But I do wonder, when we put this out in the culture, and when this is such a prominent narrative of just extreme self optimization as if you were a computer program with no real express goal of what that time is used to do, what does that teach?

You know what’s messed up is it’s almost like — basic bitches get such a bad rap, right?

Oh my god, but Timothy Ferriss is the ultimate basic bitch. He is the most basic, basic bitch on the planet.

For what a bro is.

These people are shallow motherfuckers.

Yes, I hear what you’re saying. If his interest, instead of being fine scotch and surfing with Steve Jobs or like– I know Steve Jobs is dead.

That’s like his fucking dirty Martini blowout from the dry bar.

Exactly. It’s like if it were rosé champagne and a blowout, you’d be like, oh, get it together, lady. Go work some charity.