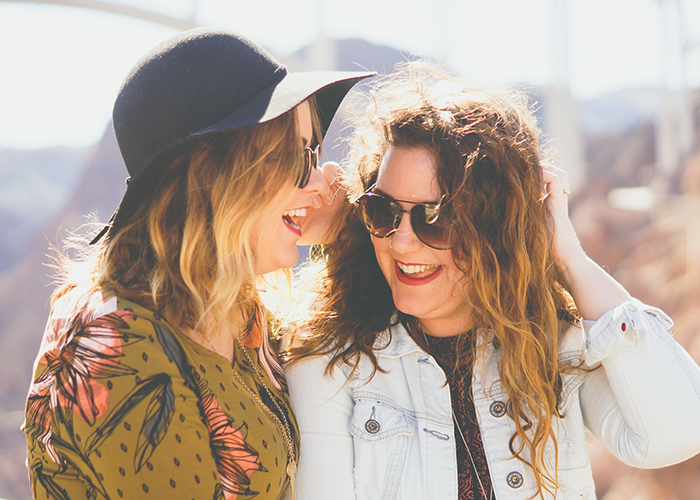 But right now, my struggle is this: now that I’ve ended a side-job that brought me some much-needed income, I need to find another. And my family (bless them) and boyfriend (thanks boi) have made me positively sure that I don’t need to worry about money during this time while I figure out something new. They assure me that the best option may even be not searching for a replacement job until after graduation in May, when I have a more open schedule for work.

I’m someone who has always preferred to be employed, and at least somewhat self-sustained. Even at age 15, I wasn’t the type to ask for mall or field trip money — I was working a (ridiculously terrible) job as a secretary at a driving school, babysitting on the side. But right now, I have a lot less work than I usually do, and although I am working every single day (love u TFD, and love my babysitting side-gigs) it isn’t quite enough to keep me comfortably paying the bills. I’m finding it hard to grasp the concept of being someone who, at 22, leans on anyone else.

I’m applying for jobs every day, hoping to find at least a morning side-hustle that fits well with my schedule, and have declined every kind offer of money from family so far (I’ve always been an excellent saver, and have enough to keep me on my feet for a long time, which is helping me a lot right now), although I have allowed Drew to pick up the tab for groceries on more than one occasion.

The point is, I don’t want anyone to feel responsible to help with my financial challenges, although I know they do just by being close to me. I’ve felt that way about partners and friends before, and it is difficult to watch someone struggle and not bail them out each time. I decided to ask a few people to tell me stories about times they’ve had someone close to them struggle financially, and what kind of balance they struck between taking care of their loved one, and ensuring that they don’t enable any financially-dangerous behavior. Here is what they had to say.

1. “My best friend is kind of just loose with money, and I think she just doesn’t have family who taught her how to manage it well. She always says she’d love to do x, y, and z with me, but can’t afford it. It sucks because she’s my closest friend, and I want to enjoy life with her. So, I pay for a lot of things. At first, I think it kind of enabled her in that she knew I’d cover her ‘fun’ if she didn’t have the money. But more recently, I’ve tried to offer it as a loan so she can pay me back, and if she doesn’t do it in a timely way, I will not offer to pay for the next time. I’d rather have her do it with me than charge up a credit card and end up with tons of debt and interest. I’m trying to support her while she figures everything out, and to educate her a bit along the way, but I definitely don’t want to see my best friend be sad and bored because she’s broke. I’m not going to let her hit bottom to teach her a lesson, but I don’t think that is enabling.” – Alison

2. “I have a boyfriend who quit his job because it just never made him happy. I didn’t exactly love the idea of him quitting, but he’s always been responsible enough to figure out ways to make ends meet, and he’s not the kind of person who will just sit on the couch and not try and progress in some way. However, his job search so far has been fruitless, and the bills are put on me because he was never great at saving. I’m supporting him financially, but more so than that, I’m supporting him emotionally. I don’t see it as him taking from me, because we are definitely a team, and I know he’d do this for me if I needed him to. But he definitely knows, you know, that it isn’t going to be like this forever. He gets a grace period to kind of slowly search for a job that fits him and what he wants from life, but he may eventually need to settle on a system where he does something less-than-desirable in order to contribute financially to our lives. We keep extremely open lines of communication about this stuff. We talk about it, and I am an active part of his job search. I don’t want him to feel like there are strings attached to his lifestyle because I’m paying for it currently, but I do want him to know that there is an expectation that we equally contribute.” – Molly

3. “I’ve 100% lost friendships because they mooched off of my money and didn’t even try. I have a few of those ‘awww I can’t afford it!’ friends who I’ll pay for if I want a friend to come with me somewhere, but I can’t do it anymore because I see no effort on their part to try and save money to carry on the friendship. I think if you give people what they need, they won’t look to fix their lives for themselves — they’ll just expect it to be handed to them. These are lazy people, not just friends going through a bad time.” – Joey

4. “My girlfriend is unemployed and hardly has money left in savings to do anything. I know she’s smart, and beyond capable, so I support her by a) helping her search for a job, motivating her to try new things, making sure she doesn’t become discouraged and give up, and b) letting her know that, you know, of course I’m not going to let her fall with no safety net; I’m here, and I won’t go away if she continues to struggle. I think that being firm at this point isn’t necessary. If it were years and she clearly was unmotivated, or had some sort of other issues preventing her from getting a job, things would be different and there would be more conversations to have. For now, she’s trying, she’s a year post-grad and just hasn’t been able to find full-time work yet in anything, and it sucks but it does happen. I don’t feel like an enabler for making her feel like her life isn’t going to crumble just because she’s unable to find work currently. However, I’m lucky to be in that position. Some people may not be able to support someone at all financially when their life gets hard, so that would be a different story.” -Taylor