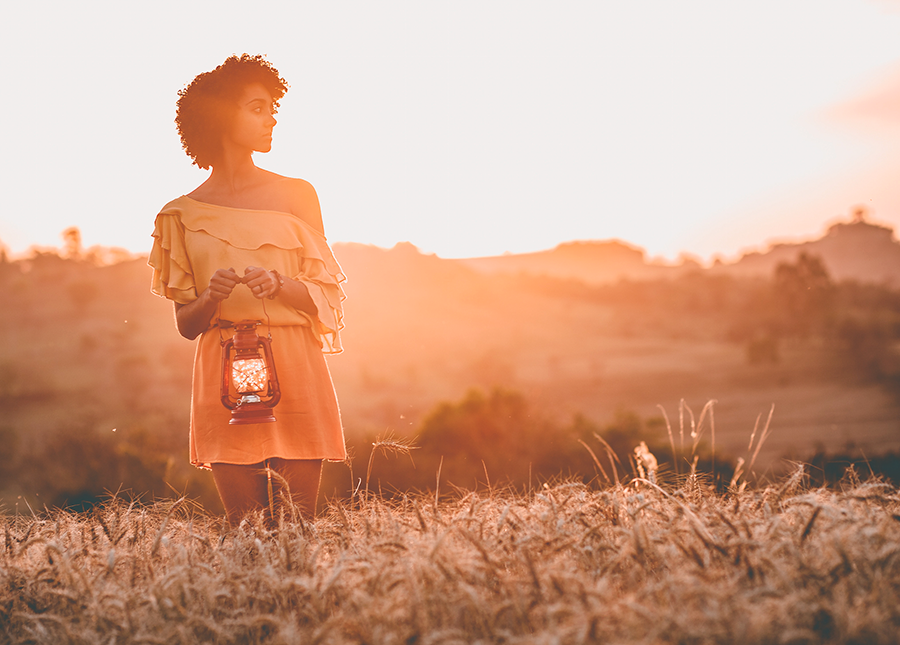 The other day I finally paid off all my credit card debt. I can’t tell you how thrilled I am. It’s been two years since I got myself into this mess — two years of those pesky interest rates, promising to pay more the next month, and constantly berating myself for my lack of financial self-control. Now, there’s zero outstanding balance on that account, and it’s safe to say I’m feeling rather relieved. But I’m also a little scared. There’s definitely an element of anxiety to my newfound financial peace of mind.

But why would I possibly be afraid of being debt-free?

Well, firstly, will I be able to keep myself out of debt? Historically, I’ve had little-to-no self-control when it comes to money and a tendency to believe that “future Jes” will clean up my mess. When it comes to cash, I’m impulsive and irresponsible. A perfect example to prove this point is that I didn’t actually pay off all of my credit card debt myself. I didn’t manage to pay off my debt due to good decisions and proactive money management; it was thanks to a gift from my parents, who desperately want to see me financially secure and living wisely. So, what makes me think I won’t end up in the same place in a few months? After all, I haven’t done anything differently to prove I’ll be able to stay away from the temptation of debt.

Secondly, will I not only stay out of debt, but actively make good financial decisions? Will I adhere to my budget instead of failing completely on day two, throwing all those crunched numbers out the window? More than that, will I begin to save wisely? Will I contribute to my savings account each month? Most importantly, will I finally organize a retirement annuity and make the extra effort to put away as much as I can, even though that will mean drastically changing the way I live my life?

These are the questions that kept me awake tonight, making time for me to write this article. And only now, as I’m writing this, am I realizing that I don’t have to worry.

I’ve got this. I’m taking control of my finances.

How do I know this? Well, my mindset and outlook on life have changed quite a bit over the past month or so, and I have reason to believe this will impact my finances.

I’ve realized that “future Jes” exists and I need to take care of her.

It’s not like I previously believed I wouldn’t exist in the future or even that I didn’t think of “future Jes” at all. In fact, I thought about her a lot. The problem is that she was the stuff of daydreams. In my mind, she had it all sorted out. She was this character I’d created loosely based on myself, except ten times better. But there was no bridge between what I was presently facing and the life I imagined my future self to be living. “Future Jes” existed only in a fantasy world where everything wrong in my life had magically sorted itself out. It didn’t occur to me that there were everyday decisions I was making at the time that would directly affect the person I would become and the life I’d end up living.

You may be thinking it’s a pretty simple concept: action and consequence. Even children who can’t yet figure out how to tie their shoelaces are able to grasp this concept. So, how come it took me so long to realize that what I do today affects my life tomorrow? The truth is, I was scared of the future and simply wanted to pretend it didn’t exist. But I recently was forced to face the reality that what I do right now will impact how I experience the rest of my life. I have to think of “future Jes” and take care of her as well as my current self. That’s especially important when it comes to my financial well-being.

Bring on the savings account and cue the retirement plans, I’m not leaving “future Jes” out in the cold.

I grew up believing that hedonism was undeniably cool. Live fast, die young and all that. Most people go ahead and blame Hollywood for this, or rock ‘n roll, or hippies, or punks. But I blame the literature that influenced me and the miscreants behind it. I blame Hemingway and Hunter S. Thompson. I blame Kerouac and Coleridge. I blame the stereotype that in order to create brilliant art, you have to truly live. And in order to truly live, you have to give in to self-indulgence. Satisfy every urge. Scratch every itch. Never think of tomorrow.

There’s this idea that the greatest literary and artistic minds have always been hooked on hedonism. And I’ve realized it’s one of the reasons I’ve spent most of my life latching onto bad habits, in the hope that they’ll somehow make me a better writer. As if inhaling tar is alone going to inspire me to actually finish writing a novel.

Now, this is an unhealthy way of seeing things, and I know that now. It’s just plain bad for you. And it’s expensive. For me, hedonism has been mostly about food, booze, and cigarettes. Feel like sushi? Order it and have it delivered to your doorstep. At the bar? Buy another round of tequila shots. Had a bad day? Buy a bottle of wine and some greasy takeout. Need a moment to clear your head and think? Have a smoke. This is how I’ve been living since I was young, and I’ve only just realized how gross and indulgent it actually is. Worse than that, I’ve only just started to think about all the better ways I could’ve used that money.

Hedonism is bad for your health (both mental and physical) and your wallet. I’m not going to give up food, booze, and cigarettes (although I’m working on the last one), but I am giving up my hedonistic mindset. There is a better case to be made for moderation. After all, hedonists don’t live on budgets — they get in a shit ton of credit card debt and die young.

“Dream as if you’ll live forever; live as if you’ll die today” is a great inspirational quote when you’re trying to hype yourself up to face your fears. But not so much when you’re sitting with the bill you can’t afford to pay for a night out you didn’t enjoy all that much.

It doesn’t have to be all or nothing, I can take one step at a time, and it’s okay to slip up occasionally.

I do budget, I really do. It’s just that I have this habit of setting up a comprehensive budget that accounts for every bill I need to pay and every cent I need to spend…and then I let it all fall apart within days of receiving my paycheck. One night out where I offer to pay for too many rounds. Or one night in when I decide to binge eat my way through a takeout menu. That’s all it takes. I suddenly have less money in my bank account than I’d planned, for absolutely no good reason. At first, I feel guilty about it. Then, I somehow rationalize it. And then I throw my whole budget out the window and give myself one more month to spend irresponsibly because next month I’ll do better.

Yeah, I’m now aware that’s a pretty unproductive way of thinking about finance. Which is why I’ve been working on my mindset when it comes to saving and budgeting. It doesn’t have to be all or nothing. I have to start somewhere in order to get anywhere. If I can’t put as much away as I’d like to, I should at least put something away. I can do this one step at a time. And it’s okay if I break my budget on day three, as long as I find a way to fix it or make up for it on day four. One lapse in judgment doesn’t have to ruin the rest of the month. Yes, it does make it difficult, and I will have to sacrifice a few things, but that’s not the end of the world. I’m only just starting to realize that.

I think I can pull off this whole “financially responsible” thing. I’ll probably slip up from time to time and spend too much or overindulge. However, instead of using that as an excuse to throw my whole financial plan out the window as I would have in the past, my shifting mindset will hopefully encourage me to climb back on the wagon. I’ve got “future Jes” to think about, after all.

Jessica Edgson is a writer who lives and works in Cape Town, South Africa. Her day job is in performance marketing, but her night job (otherwise known as a hobby) is writing about whatever topic is on her mind for a variety of publications.