The Biggest Money Lesson I Learned From Quitting Smoking In 2016 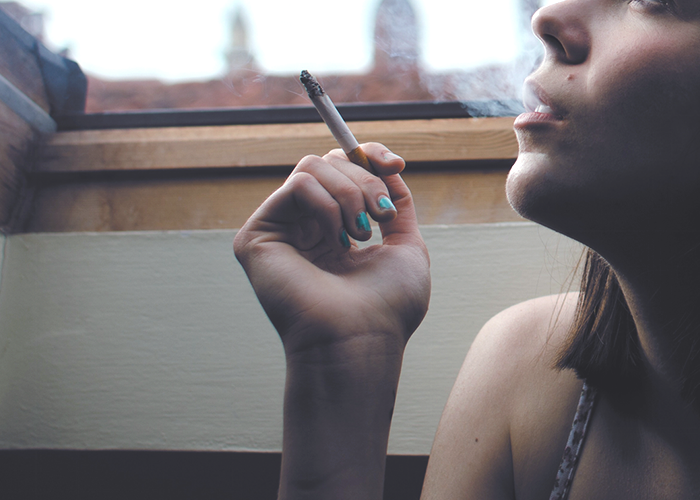 My greatest accomplishment of 2016, without a doubt, was quitting cigarettes.

Aside from being totally unhealthy, they represent a time in my life when I was at my absolute lowest — overworked, underpaid, and unhappy. Still, It wasn’t easy giving up something I did every day, multiple times a day, for several years. Smoking punctuated my work day and started many conversations outside many a dive bar. But it was also expensive. In fact, it wasn’t until I downloaded the Smoke Free app and calculated how much money I spent on cigarettes per year that I was immediately motivated to let them go for good.

In January of 2016, I determined that if I quit smoking

starting New Year’s Day, I would save a minimum of $80 every month — or $960 by the end of the year. That amount was equal to a plane ticket abroad, a month of rent where I live, or a pretty decent new mattress. I was sold. Yet after two months of not puffing away, I felt discouraged when I noticed my bank statement, and more specifically my savings, seemed identical to what it was before I quit. Where did that “extra” money go?

The truth was that extra money went towards other frivolous expenses, instead. That money disappeared because I wasn’t mentally making a note of what I was doing with that new $80 in my budget every month. It was as if I walked into the corner store with cash in my hand, threw it up in the air and ran away empty-handed. Sure, I wasn’t spending on cigarettes, which was a good thing. But I also wasn’t doing anything productive or worthwhile with the money I was saving from cutting that expense in the first place.

When I first stopped smoking in January, I didn’t pay attention to where the money saved was going. In my mind, I labeled it all as “uncategorized” funds, and consequently treated it like “extra money to spare” rather than “money intended for a greater purpose.” I would mindlessly open my bank app on my phone and solely look at the balance, thinking, “Oh cool, I’ve got $120 still, I can totally go out for sushi.”

The major mistake here was that I neglected to consider that $80 from not smoking as a part of my new budget. When making a plan to save, whether that’s from extra earned money or cutting back on another expense, it’s important to have a clear idea of where that money will now be used instead. An emergency fund? Travel money? Living expenses? Furniture

For every dollar I saved giving up smoking, I made sure I knew EXACTLY where it was going and more importantly, why. My new breakdown for the $80 that would have gone to cigarettes now looks like this:

1. $10 to Spotify. It’s beneficial because it it provides me tunes for both exercise and relaxation — activities that keep me from smoking.

2. $50 payment to my very specific “Apartment Savings” fund. This is because I am trying to move next year and want to feel safe about it.

3. $20 payment to my “Travel fund for 2017.” This is a separate account from the apartment savings, because I want to prioritize new experiences.

By starting to account for every “extra” dollar in my budget, I was prevented from feeling like the money was just sitting pretty in my account, waiting to be spent on whatever I wanted in the moment.

Tracking my new savings also forced me to stay involved and engaged with my goals to stay smoke free and have more money by the end of the year. While there are many helpful apps out there that do automatic transfers for you, I personally felt it best for me to make myself do the “extra work” of transferring the money myself. I set my cell phone reminders every few days (about how often I would have bought a pack of cigarettes) to transfer $11.50 into a specific account. I also labeled each transfer with a memo, so I knew EXACTLY where the money was coming from. I feel like there is so much more to saving than having your paycheck automatically split itself into different accounts. My biggest mistake was thinking that $960 from not smoking would magically appear in my account by the end of the year. I was very wrong. Saving is always an active process, never a passive one.

Above all, the most important thing I learned was that giving up something to save money just doesn’t work for me. Just the phrase “giving up” itself, to me, brings up negative connotations. However, thinking of what I could gain from from doing something else instead does work. For me, smoking was an emotional crutch during times I felt overwhelmed. When I decided to quit, I thought about what I could be doing instead to relieve my stress in a more positive way. How could I use that $80 to make myself healthier? I could join a gym. I could buy new work out clothes. I could spend on healthier food.

I wrote down a massive list of all of the ways my cigarette money could now go towards bettering myself, rather than just growing a dollar amount. The same mentality works for trying to cut any other unnecessary expense from a budget. That could be fast fashion, Uber rides when I could have just walked, or even overpriced drinks with 10 ingredients I can’t pronounce. The point is to think make sure you’re thinking of what better thing is going in place of the thing you’re giving up.

So while it was never easy, I am proud to say that I now have $450 more towards my future apartment, and an additional $180 in my travel fund, all thanks to making a more positive choice for myself in 2016. These amounts may seem trivial in the grand scheme of things, but for me they, represent a constant reminder of my potential. This year was proof that my personal and financial goals very often intersect, and that it’s important to always stay involved in each one, no matter how small they seem.