3 Ways Being A Bisexual Woman Has Affected My Financial Health 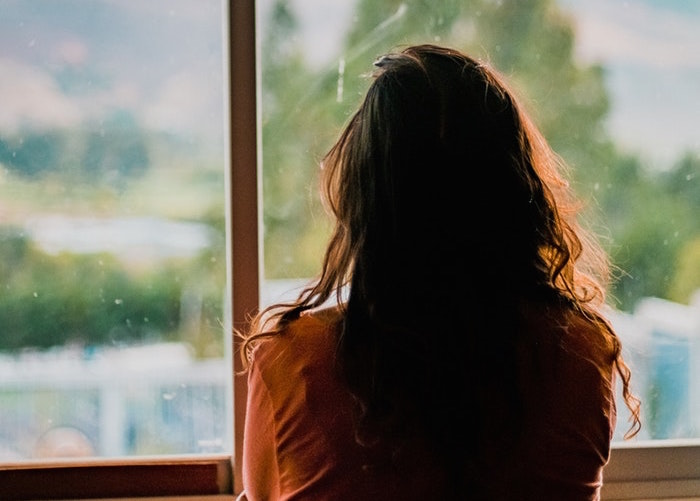 Disclaimer: This piece deals with the topic of abuse. Please only continue to read if you feel it is healthy for you to do so.

Author’s Note: I’ve used the terms bisexual woman/women simply because all of the research I’ve cited uses those terms, and in writing about my personal experience, I also identify with the term woman. However, I want to explicitly state that this article is also meant to include anyone who instead identifies with the broader term bisexual womxn (i.e. trans/non-binary folx).

Statistically speaking, bisexual women suffer from a host of poor outcomes, even when compared to other members of the LGBT+ community. Several studies and reports have concluded that bisexual women deal with higher rates of mental illness, addiction, and violence than straight women — and in some instances, even more than lesbian women.

One possible factor is that that bisexual folx (a gender-neutral version of the word folks, used to include those who do not necessarily identify within the gender binary) often feel excluded from both straight and queer spaces. An article in the Journal of Adolescent Health cites this phenomenon:

“…although the LGBT community has been shown to buffer against mental health problems in sexual minority populations, bisexual individuals may be less involved in this community because of perceived discrimination from gay and lesbian persons.”

As a bisexual woman, I’ve faced these realities on a personal level. As I’ve written about previously for TFD, I’ve dealt with mental illness, substance abuse, and sexual violence. I’ve also experienced discriminatory comments from both straight people and other members of the queer community.

I’ve had straight people tell me I’m “actually just a lesbian who hasn’t figured it out yet.” At queer events, I’ve been dismissively asked, “So what…are you just like, an ally or something?” (presumably because I present as femme).

When I went on my first-ever date with another woman, she warned me to be prepared for biphobia — even within queer relationships. She explained that some lesbian women will outright refuse to date bi women. Obviously, not all lesbians discriminate in this way, but it happens. I was baffled: I’d never even considered the fact that other queer people would discriminate against me, too.

All of this is to say that bisexual women often deal with unique challenges. And, for some bi folx, these difficulties are compounded with other forms of discrimination (i.e. bi women of color also face racism, and bi trans women also face transphobia).

And in my experience as a bi woman, I’ve seen first-hand how my struggles with mental illness, substance abuse, and sexual violence have impacted my finances.  Here are three contributing factors I’ve noticed:

As I mentioned, there’s clinical evidence that shows bisexual women are particularly vulnerable to mental health issues and substance abuse. For example, the same article in the Journal of Adolescent Health summarizes that:

“when compared to straight or lesbian women, bisexual women actually exhibit higher rates of anxiety, depression, and suicidality.” Additionally, an article in the Psychology of Addictive Behaviors reports that “Women who identified as mostly heterosexual, bisexual, or who were attracted to or had sex with both men and women reported greater substance use than those who reported only heterosexual identity and opposite-sex attraction/behavior.”

And dealing with mental health or substance issues is expensive. Unless you’re extremely wealthy, accessing treatment can seem impossible. Between paying for therapy sessions, hospitalizations, stays at treatment centers, and medications, the costs can rapidly add up. Especially in the United States, affordable access to mental health care can seem virtually non-existent.

I’m lucky enough to live in Canada, where I can use our government-funded healthcare system (otherwise known as OHIP, in Ontario) to help me get by, but even that has its limits. For example, prescription drugs for adults are not covered by OHIP, and neither are the vast majority of psychotherapy services. Additionally, waiting lists for mental health treatments are extremely long, especially for youth.

And I’m one of the lucky ones. Imagine how much worse this would be for someone living in America without health insurance or for someone who’s never had any form of prescription drug coverage.

If the issues get severe, you could be hospitalized or in rehab facilities for weeks or even months at a time. And if you’re unable to complete basic tasks, you may not even have the energy to leave your house. This leaves you in a particularly difficult situation and at risk of poverty.

If you’re too sick to work, you can’t adequately pay for things like food or rent. When this happened to me several years ago, I was fortunate enough to be able to move back in with my parents.

But many people dealing with mental health or substance abuse issues don’t have that privilege. Especially for queer youth, who are often disowned by their family members after coming out, moving back home simply isn’t an option. For those vulnerable populations, issues like food insecurity or even homelessness can become unfortunate realities.

This is yet another reason why bisexual women, who are more at risk for mental health issues and addiction, may face financial difficulties.

3. Being stuck in abusive relationships.

And in terms of finances, women in abusive relationships are often caught in a bind: They can keep living with their abusers to get by, or leave, risking the possibility of having no money of their own.

It’s why some experts urge women to maintain a bank account, separate from their partner, to maintain a certain level of financial independence. For example, a report funded by the City of Toronto mentions how victims of abuse would benefit from greater access to “financial literacy education” — and notes the importance of educating women about how important it is to have their own bank account.

Since women suffering from abuse can be left entirely dependent on their abusers, and bisexual women have been found to be particularly at risk of abuse, this is another troubling reason they might struggle financially.

Although many bisexual women suffer from mental health issues, substance abuse, and violence, there is still hope out there. Even though we might deal with these complex challenges, there are many resources we can access.

For example, in the United States, LGBTQ youth in crisis can call The TrevorLifeline (at 1-866-488-7386) for 24/7 support. Spending some time building financial literacy can also help you feel more empowered with your money. No matter how difficult a situation may seem, there is help out there.