Black Lives Matter, Even After The Hashtag Stops Trending 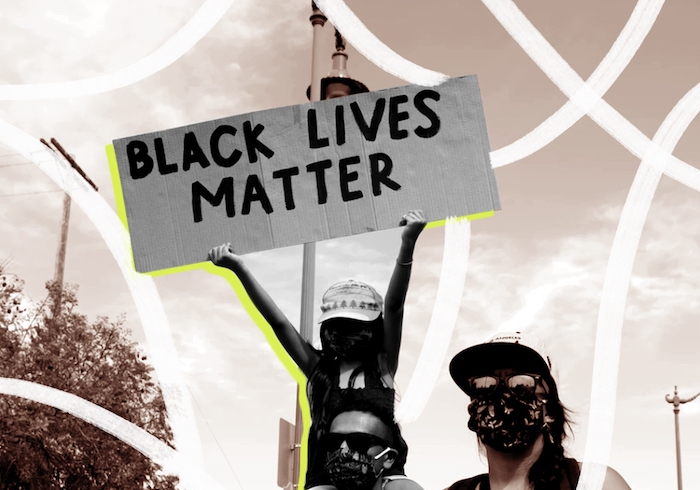 Media outlets around the world are documenting the protests that have come as a result of George Floyd’s murder by Minneapolis police officers on May 25. Passion for justice is at its peak, and there has been an outpour of pledged allyship from communities who want to support Black people during this time.

As comforting as this reawakened sense of community is, I have to admit: The feeling is bittersweet. A nagging voice in the back of my mind repeatedly asks, “How long will it be?”

Race is a topic that requires ongoing discussion. It doesn’t go away after you make a charitable donation or attend a seminar on diversity.

It might seem pessimistic to think this way, but if you’re Black and beyond the stages of early childhood, this isn’t your first rodeo watching race matters play out in America. My first recollection of witnessing public outrage over the loss of a Black life was after Trayvon Martin’s murder. Then again with Michael Brown. And again with Sandra Bland, and many others in between.

Each time it seemed like the country collectively held its breath in anticipation of a decision that would bring some sense of peace to the victim’s families and communities. Yet, that very breath was taken away over and over again when the justice system failed to hold anyone accountable for each untimely death.

The tension eventually came to a head, resulting in riots, protests, and calls for change in the flawed systems that allowed these deaths to take place. Weeks passed, then months, and the loud outrage gradually quieted to a dull roar. #Blacklivesmatter hashtags were replaced with the latest celebrity gossip and funny memes. Calls for justice were drowned out by quick tips on how to keep our increasingly busy lives organized.

This is what I fear now, more than the images that I scroll through on my newsfeed. More than a global virus that has yet to be contained. Even more than I fear for my own life — or the lives of other Black people whom I know and love —  I fear the grief and anger felt by the rest of the world is temporary.

I don’t have the option to only think about race when it’s all over the news. Once the dust settles and the protests are over, I don’t get to breathe a sigh of relief and return to business as usual.

I know the days of supportive messages and urgency to hear Black voices are numbered. For some, the protests will become tiresome and they’ll anxiously wait for things to get back to “normal.” The fact that there’s an unspoken expiration date for discussions about race, is why I’m never entirely comforted by the kind words and promises of solidarity from people outside the Black community.

While I’m sure they mean well, the difference between them and me is I don’t have the option to only think about race when it’s all over the news. Once the dust settles and the protests are over, I don’t get to breathe a sigh of relief and return to business as usual. I understand that the times in between this hashtag and the next are when racism is at its worst. It’s more subtle than a video of a cop taking away an innocent human being’s last breath but just as insidious.

When racism isn’t in the news, it manifests in everyday microaggressions like the refusal to make room on the sidewalk when passing a Black person. Or the failure to greet them when they walk into an upscale store, based on the assumption they can’t afford the merchandise. Or the decision to overlook their resume and hire a white candidate with the same credentials who’s deemed a better “fit” for the company.

If it seems like a lot of work, that’s because it is. It’s the work Black people have to do every day, whether we want to or not.

Still, while I know these are the realities, on the other side of that fear is hope that this time will be different. As uncomfortable as it is to admit, race is a topic that requires ongoing discussion. It doesn’t go away after you make a charitable donation or attend a seminar on diversity.

Just like you can’t sleep for eight hours one day out of the week and expect to be well-rested forever, you can’t talk about racial injustice one time and expect it to never come up again. If it seems like a lot of work, that’s because it is. And while you might be able to opt-out when it’s no longer a mainstream topic, it’s the work Black people have to do every day, whether we want to or not.

Over the next several weeks and months, the news coverage on protests will slowly start to taper off. Media outlets will move on to the next big story and it will appear things aren’t “that bad” anymore. Please don’t take this as a sign that racism is over. Race is an issue we have to deal with for the rest of our lives, and for some of us, we face the daily reality that it can be the reason our lives are taken away too soon.

Quinisha Jackson-Wright is a freelance writer who covers finance, workplace culture, and diversity. She has written for the New York Times, Medium, and The Muse. You can usually find her sharing random thoughts on Twitter or her website.