The Bridal Facebook Habit That Just Makes Me Straight-Up Sad 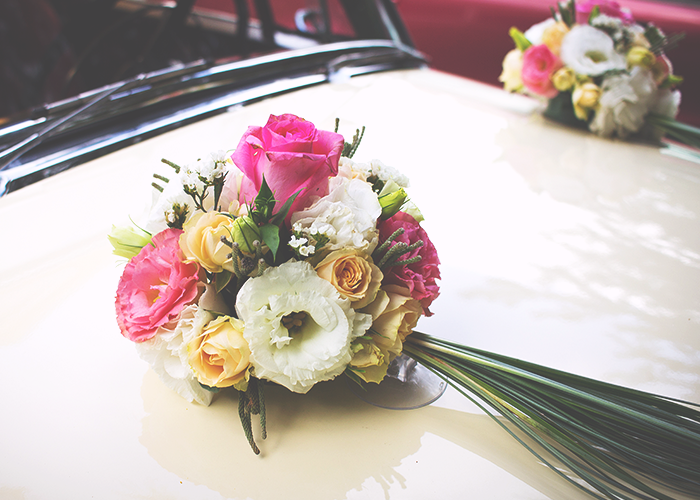 As of today I’m 27 years old, and have been to four weddings in the past 10 months. For many people, that’s a low number, and I recognize that depending on the culture you grew up in and the circles you move in, “wedding season

” in the ballpark of 30 years old can easily mean a dozen or more ceremonies to attend. But for me, and especially given that many of my close friends are still very much single and/or completely disinterested in marriage with their partner, it feels like a high number. It’s certainly the most I’ve ever attended in a year, and accompanied by the seemingly-daily weddings occurring on my social media, it’s reminded me that I’ve moved into a certain bracket, age-wise. Whether I like it or not, the next few years are going to be full of this sort of thing, which means the questions that wedding culture brings up each time ring louder with each reception, or each flood of photos on your Facebook feed.

I feel lucky, though, in that the weddings that I’ve experienced have run the gamut in terms of experience, priority, and intimacy: I’ve been standing in a group of five at city hall, followed by beer and sausages and shots with about a dozen people, and I’ve been seated at elegant venues with 200 other people, dancing and sipping champagne in my finest, fanciest outfit. It’s been really nice to talk with Marc each time about the event, what we would or wouldn’t want for ourselves, what we learned. I only feel that I’m just beginning to really understand what I want, what is and isn’t meaningful to me, and where I feel I fit into the whole phenomenon as a woman.

Because, for me, that’s one of the biggest snags in all of this joy and celebration and spending: wedding culture is very different for women than it is for men, period. There are going to be people on the fringes of the bell curve who manage to reverse norms or refuse expectations or remove the majority of the historical context from their wedding, but overall, things are going to fit in a certain pattern. And the older I get, the more I accomplish in and desire from my own life — as an individual, and as a woman — the more wary I become of so many of these norms.

There have been times I’ve even told Marc I wish I could just not have a wedding at all, because the position it puts women in is so thoroughly unfair: either you reject so much of the traditional role a woman plays in the story (the frantic excitement, the styled photos, the fancy dress, being the fawned-over center of attention), and you risk disappointing so many, or you play into that role and feel you have cheated yourself.

And beyond just being expensive, time-consuming, or potentially embarrassing, there are many of the traditional bridal roles which feel to me, in an era of liberation and equality and the looming election of our first female president, more than a bit sad.

The truth is, whether we like it or not, the vast majority of the Wedding Industrial Complex is aimed at, and preys upon, the woman in the (heteronormative) couple. We are the ones who are supposed to fret over every detail, spare no expense, insist on heavily-curated photos showing ourselves and our partners as storybook royalty, and mold ourselves to fit this new identity: we are now Bride, and then Wife. And regardless of the casual or elaborate nature of your actual celebration — and I do believe that society has gotten more forgiving about allowing couples to celebrate in different ways — that molding of identities is something that can be hard to escape, even if you eschew the white dress or 200-plus guest list.

From the moment many women get engaged, they are gifted with and congratulated for their new identity: they receive trinkets and hangers and wine bottles with their new name on it, they are showered with compliments and excitement for having secured the title “fiancée,” or “Future Mrs. So-and-So.” Before a date is even set or a venue picked, much of this woman’s circle is already identifying her in this new way, congratulating her for (whether they realize it or not, and I don’t believe it’s done in malice) moving away from her identity as an individual. We do not (usually) celebrate a man for moving away from who he was before, we do not send him trinkets with his new name, we do not wear novelty pins or tee shirts pointing to the fact that he is soon going to be an utterly new person. While a man may be rewarded socially and professionally for “settling down” and therefore being more adult, we are rewarding him for becoming a mature version of himself, rather than becoming a part of her narrative.

Perhaps this happens on rare occasion, but we’re lying to ourselves if we don’t acknowledge that this phenomenon — this remnant of a time when marriage meant something very different — is still very much directed at women.

And we can see what is perhaps the apex of this phenomenon when a woman, and I trust that we’ve all seen this dozens of times by now on social media, changes her name the day she is married, often as the ceremony is still going on. There is an exuberance to it, and while it’s almost certainly consciously motivated by an excitement to join this man, and become a part of his family, there is also a not-insignificant element of letting something go. I’ve always found, even when I barely knew the woman in question, a real twinge of sadness when I see just how impatient she is to shed the name and the associations of her former self, her self as single woman and individual. I know that it’s done in happiness, but it’s hard not to ask yourself why we almost never (if ever) see a man doing the same. We can’t see the modern-day rush of the same-day name change on social media and not hear the echoes of centuries when a woman securing that new name was seen as an accomplishment, and more than a little bit of relief: “Phew, she found someone, she doesn’t have to be single anymore.”

I struggle a lot with my feelings on these norms, because I do firmly and fundamentally believe that everyone is entitled to define and live out their happiness as they want to. But I also know that it would be wrong to not ask myself, and talk openly with the women I love, about where these ideas of “happiness” or even “normal” come from. I remain completely undecided about how and in what case I’d take Marc’s name when we marry, I know that I will always keep my current name professionally (especially as it’s not even my actual last name), but beyond that, I go back and forth, and it’s an active conversation. It’s not anything that we’re rushed on, but it’s a decision that I want to make sure comes from thoughtful communication — with myself, my partner, and even trusted women in my life — and not from any norm or familial expectation. And I ask all of my girlfriends who are in the process of making these same decisions about it in detail: What is their perspective? What are their reasons? What traditions do they feel comfortable with, and which don’t they? Why?

Even with all of the uncertainty, though, one thing seems undeniable: if and when I ever do leave a part of my identity as Chelsea Hunt (my actual last name, Fagan is my middle), that will be an extremely bittersweet day. Yes, I know what it feels like to love someone so madly that you absolutely must be family and cannot wait until that happens, but I also know how much building Chelsea Hunt was and will always be a beautiful, complicated journey. My relationship with myself has been a powerful and not always easy one (as I imagine it is for most people), and mourning the loss of that identity, both in name and in status as an individual rather than member of a team, will be powerful. I couldn’t imagine not taking my time with the process of changing, publicly and privately, because there is simply too much meaning behind the shift. (It’s hard not to think of all the women who came before me for whom these questions, this reflection, and these options didn’t exist at all: it would feel almost a betrayal of their legacy not to really grapple with what it means to be a woman and a bride in an era of relative choice.)

I don’t know what any of this will look like a generation from now, perhaps our daughters will think we’re so silly for even contemplating this stuff: “Who wears white?” they might say, “Who changes their name?” We may end up looking old and stuffy for even taking our time or weighing our options, because weddings and marriage will have reached such a level of gender egality that neither man nor woman will be fêted or congratulated for changing a part of who they are. Maybe the idea of receiving trinkets with your new name or fiancée title will seem ghastly and deeply sexist, who knows? The point is that we are lucky to be living in a time when these are questions at all, even if they might soon feel passé.

To not ask the questions, to not take our time, to not mourn the losses and understand their history (even as we are celebrating our new chapters) seems, at least to me, more than a little sad.