Social Justice Work Shouldn’t Be For The 1% 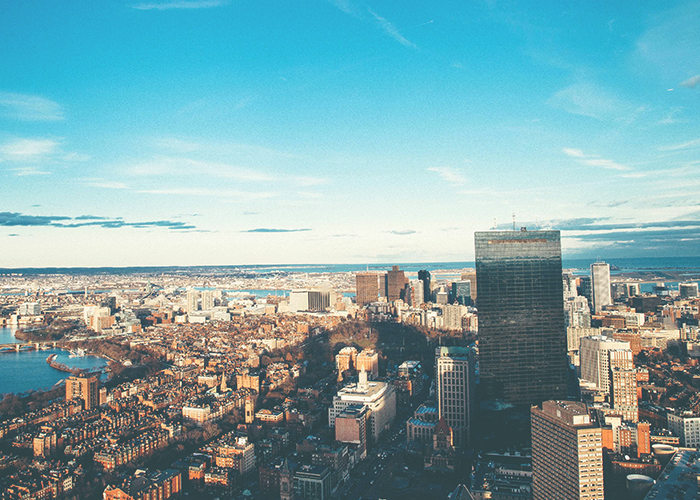 Doing the circuit of law school admission days recently, I was having a conversation with a professor who has made it his life’s mission to support aspiring public interest students at a school where almost 90% of the class chooses corporate work. “In your personal statements,” he pointed out, “not one person writes about their lifelong desire to become a management consultant. Almost everyone writes about going to college to do good in the world. And ultimately, very few people graduate and go on to do so.”

It isn’t just law school. I highly doubt any prospective college freshman got in with an admissions essay waxing eloquent about their aspirations to become a consultant at McKinsey or an I-banker at Goldman — yet, come senior year, it felt like every one of my friends was interviewing for consulting jobs or investment banking careers. And while it’s easy to write this off to some sort of generational moral deficiency where we’d all rather be out making money than doing good (and truly, perhaps that is, in fact, the explanation for this trend), my own work experiences point to a larger issue.

Social justice work — whether that’s community organizing, knocking door-to-door for a political campaign, or working at a non-profit — is quickly becoming something only already-rich people can afford to make a career out of. When you’re someone with college debt, or the earning head of a family that can’t financially support you, it is much, much harder to make a life on a tiny non-profit salary; it’s even more difficult to choose this difficult path over the relative financial stability that comes with a consultant’s paycheck.

Let’s start with the levels of privilege necessary to get into the social justice field in the first place. The vast, vast majority of non-profit or government internships I’ve seen are unpaid. Internships at “prestigious” places, whether it’s the Brookings Institution or the Department of Justice, tend to be clustered in cities like Washington D.C. or New York, so not only are you contending with no salary for the duration of your internship, you’re also on the hook for food, rent, transportation, and business-casual-appropriate clothing in some of the most expensive cities in the country.

Often, that means that internships at public interest organizations are accessible only to the sorts of people who can afford an extra several thousand dollars to fund their summer employment. In my case, I was able to afford doing a non-profit internship for multiple summers because I held down part-time jobs during the rest of the school year. Even then, I split a room in the basement of a House O’ Frat Bros with my friend to keep our rent below $800 a month; I managed to afford my rent and little else. I ate a lot of rice and beans, and I walked everywhere (including to and from work) because the cash for the D.C. metro seemed too luxurious for my frugal budget. I actually lost weight from a combination of not eating very much and the ridiculous amount of physical exertion I was going through.

I assumed things would get better when I found a full-time job in my field. And I legitimately was one of the lucky ones; I found a great full-time job, doing work I was deeply passionate about and very interested in, that came with a salary and benefits. At a time where so many of my recently-graduated friends were still doing unpaid internships or volunteering (for free) on political campaigns, I felt unbelievably lucky to be getting a salary for doing something I loved. But, as great as the job was, my salary after taxes and insurance was $2,200 a month; on that salary, I needed to eat, commute, pay rent in New York City, and get a wardrobe of business-appropriate clothes. In my particular case, I also needed to finance a long-distance relationship and apply to law school and consider having a social life…sometimes. Rent and utilities alone took up half my salary, and the rest vanished pretty quickly, too. I wouldn’t have been able to make ends meet if I’d been paying off student loans.

By all accounts, my salary wasn’t drastically low for an entry-level, non-profit job in New York City. I think the highest I ever heard was a paralegal friend making a salary in the low-50s at the ACLU. But, for the most part, everyone I knew in the nonprofit field was earning a salary somewhere in the mid-30s to 40s. And that also meant that most of the people I knew with entry-level jobs in public interest work were dependent on financial help from other sources — largely parents, but sometimes significant others, and in one case, a sugar daddy — to make ends meet, whether that meant living at home to save on rent or having parents who made their student loan payments for them. It follows, from there, that the majority of people I knew who were able to afford working at a non-profit in New York were overwhelmingly white, came from financially-privileged families, and had the ability to afford graduating from top private universities. Basically, a far cry from the general populations their non-profit organizations were advocating for. At some point, you have to wonder how effective an organization’s advocacy can be when the people who work there look nothing like the people they work for.

I did whatever I could, as a woman of color myself, to support fellow minority grads who wanted to break into the field; that came down to a lot of informational interviews. More often than not, these interviews would start with discussions of the policy work I was doing or how to excel in the application process. But soon enough, they’d turn to conversations about money, namely how to make ends meet on the salaries we had. On multiple occasions, the conversation went the same way: a bright, talented, highly-qualified minority student would tell me that their passion lay in community organizing, or direct legal services, or some generally-worthy, public-interest-y position. Then, they confessed that financial pressures, whether it was repaying debt, or supporting family back home, or just generally wanting to move past the cycle of financial insecurity they were raised in — was prompting them to look into consulting careers, or investment banking, and save their social justice dreams for a more financially-stable time in their lives.

To be sure, it isn’t just minority students who take on debt for college, or need to support families, or generally have financial considerations that dictate their career choices. But, over time, I have encountered far more white students with the family resources to afford a non-profit salary or unpaid internships and therefore get an early foothold in a social justice career. And though my experience has largely taken place at non-profits, these same issues extend into many other realms of broad public interest work.

Take politics. It seems fairly apparent that having people in government who broadly represent the diversity of the country as a whole — whether on the basis of gender, economic background, racial or ethnic composition — would be a good thing for democracy on the whole. But there are similar systems of unpaid or underpaid labor that make this diversity of representation almost impossible in politics.

While the presidential race was still wide open, it came to light that only one presidential candidate was paying campaign interns. It doesn’t get much better for entry-level staffers. The Clinton campaign, for instance, in addition to offering unpaid internships, has a hiring freeze on paid positions. This means that — if you want to work for the Clinton campaign — you need to pick up, move somewhere like Nevada or Iowa where your services are needed, and work full-time on the campaign…for free. The Trump campaign currently has thirty paid staffers, and I’d hazard a guess that the majority of those staffers are not entry-level Millennials. Running a campaign on the back on unpaid “volunteer” labor isn’t new, or exclusive to this election. But it does mean that the people most likely to turn those positions into full-time, paid employment for the next administration are also the sort of people who could afford to make no money for an entire year; those people are affluent and largely white.

It’s hard to know what the solution is. The reality is that many non-profits, government agencies, and political campaigns don’t have the resources to compete with the private sector when it comes to salaries. Most non-profits have a board and donors to answer to, and those donors tend not to be thrilled when their money goes towards higher salaries instead of direct-impact work.

But, at the same time, I’ve been sitting at the table while non-profit workers bemoan the lack of diversity in the application pool for a fellowship opportunity without considering how the salaries they offer are perpetuating a system of homogeneity. Social justice work is becoming increasingly inaccessible as a career path to young people from the communities most impacted by societal inequities, from mass incarceration to restrictive immigration policies.

That’s not to say there haven’t been positive changes. It’s been really heartening to see some non-profits take steps to level out the playing field; for instance, one of my former employers had an excellent student loan repayment program that paid back up to $7,000 of your student debt annually after your first year of work with the organization. This, in my mind, is a great example of a non-salary benefit that has a tangible impact on increasing diversity in your entry-level workforce.

At the end of the day, we’re the generation that has higher debt, lower salaries, and fewer job prospects than the several generations before us. The optimist in me likes to think that the work we do in the public interest sector — whether in government, at the ACLU, or in community organizing — aims to leave things better than they currently are. But, we’re also working for organizations that make themselves financially inaccessible to anyone not fortunate enough to be born wealthy. By shutting out young people from low-income or middle-class families, we’re silencing voices that would certainly add a lot to the national conversation.

We can run studies, take polls, create literature reviews, and make PowerPoints, but all in all, the most effective advocacy comes out of highlighting the voices of the people who are most impacted by societal inequities. For example: it may not be necessary to have personally experienced the impact of our penal system (aka, to have gotten arrested and done time in prison) to work effectively on ending mass incarceration. But lived experience — from the source of the oppression — does bring a nuanced perspective, a specific set of knowledge, and new ideas for what to change that no amount of statistical analysis can achieve. Until the social justice sector values the important contributions that diversity can bring more than the financial benefits of underpaying their interns or junior-level staffers, social justice work is going to remain a career path for the 1%.