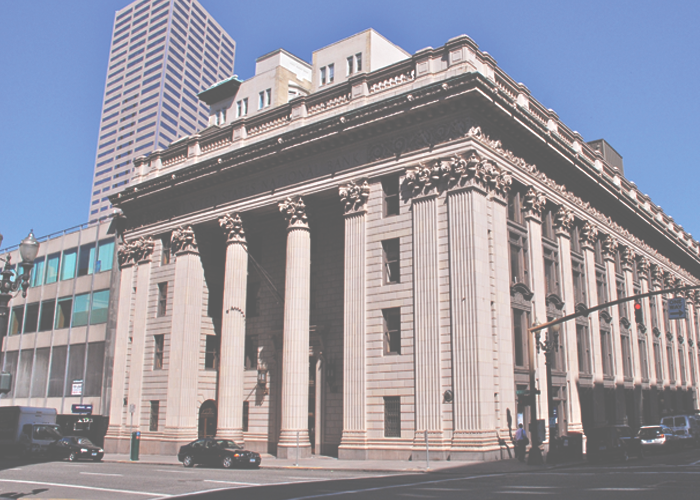 For a long time, there was a certain number I needed to see in my checking account at all times. Even at a time in my life when I didn’t have a savings account to speak of, that number alone served as a security blanket and source of constant reassurance, even though it was objectively the most vulnerable and least financially beneficial place I could have been keeping my money. But before I started my writing career in earnest and sold my book, I never had more than three digits at a time in my account and would clean it entirely when it came time to pay my rent, so the fact that I could even have numbers with commas in them was immediately addicting. Knowing that I could swipe my card without risk of it being declined was a high I hadn’t experienced, and given that I’d ruined my credit with a defaulted Visa at 18, there was no way I was going to recreate it at the time through a new credit card. My only source of financial cushioning was an arbitrary number in a checking account.

And, of course, even dividing it up into a savings account — one that I could access or transfer from at pretty much a moment’s notice — would have been much more intelligent. But there was something about seeing that money altogether, collected and represented in its highest possible amount, that sent a rush of calm through my body. I would even go to an ATM and occasionally have them print the statement, just so I could revel in the highest number possible.

When I moved to the States and got my “rehabilitation” credit card, along with a shared one with a very high limit and a huge range of other bills I’d never before had in my life, I imagined that this new version of myself with more money and more concept of responsibility would shake my childish need to keep my checking account artificially high. But in the first few months of getting back on track, I realized how much these old habits would die hard.

I pushed my credit card payment til the very last moment to let my paycheck go through first and keep the number high, which made my payment late more than once and left me calling my creditor to ask them to wipe the late notice on my account. I hated seeing my money spread out over my now four bank accounts (two for business, one checking, one savings), so I would awkwardly combine as much as I could into one place, forgetting that I had things automatically debited from, say, my personal LLC.

Because of this, I’ve felt the flush of “will this card go through, ohshitohshitohshit” as recently as this summer. I know, objectively, that it makes absolutely no sense to hoard your money in one place, or risk taking a late fee (and strike on your credit) by paying your bills at the last possible minute, but my mind is still only soothed by seeing a number. I know that there are more profound issues at play here, but even in my most most profitable months, it’s hard to take a step back and look at why I feel this way, or why I would rather put myself in a position of running dangerously low in one account to keep another one full to a randomly-assigned set point that soothes me.

But if I don’t force myself to confront it, I won’t get better. So why is it that, as a professional, competent woman, I still operate, financially, like the 20-year-old girl who slept on a twin mattress on a floor and constantly skated overdraft fees when buying something as insignificant as an iced coffee? Why do I feel the need to hoard the money I get in one place, and view paying my bills (that only stand to benefit me by being paid on time) as if someone were ripping a beloved blanket out of my hands? Why will I let things go until the very last minute just to not see that number drop, and feel vulnerable again? Why is transferring to savings, sometimes, the hardest thing in the world?

In many ways, I think it’s because of my financial impostor syndrome, this feeling that I’m not actually the adult who is capable of running her own business and paying her own bills. While it’s easy to know, on an intellectual level, that you can trust yourself to make the right decisions and plan ahead sufficiently enough that you’re not going to be left with absolutely nothing if you don’t hoard your money all in one place like a conspiracy theorist, it’s hard to let go of that mental image of yourself. If you’ve ever experienced financial insecurity, or put yourself in a terrible position with your money — such as me ruining my credit and getting to a point that I had to go to a check-cashing place to get money because I owed the bank so much — it’s hard to move on from that. It’s hard to know that you really have changed, and that you don’t have to protect yourself in the same ways you used to when your future was a lot less certain.

And when you’ve experienced that level of discomfort (for a summer I was driving a car so cheap and shitty that it would literally turn off while driving down the road, and the brakes only functioned at 15% capacity), it’s hard not to measure your safety in extremely childish ways. I don’t even treat my account balance as an emergency fund, putting it away in a savings account that I don’t see every time I swipe my card. I also don’t look at my safety in terms of the wide, complicated networks we make as adults — our professional lives, our actual net worth, our family and friends, our investments or property — because those things don’t feel as real to me. A decently-high number with a comma means more to me than, say, the fact that I have a partner who supports me, a business that’s growing, and a family that would take me in in a heartbeat if I ever hit truly hard times. This is insane, yes, but it’s how the brain of a financial impostor works.

Ultimately, I have combatted my desire to keep my balance high by scheduling payments wherever possible, and forcing them to be the full balance. The more I can ensure that a computer is making the decision to pay a bill on time — and not just the minimum balance — the better off I am. I also have gotten better about making investment purchases in things that really matter, even though taking the hit hurts up front, because I don’t need any more, say, fast fashion or knock-down furniture. I am starting, slowly, to look at myself as both who I am today and who I will be in the future, and paying it forward to that future me, instead of hoarding it all so that Present Chelsea is artificially comforted and coddled.

Part of me doubts that I’ll ever fully shake a feeling of precarity and inability to trust myself, no matter how successful I am or how many of the ‘right’ decisions I’m capable of making. But there are active measures I can take to remove the option to hoard, and to treat my financial health as the diverse, complicated garden that it is, instead of the single flower in the pot that I can’t stop watering to death.