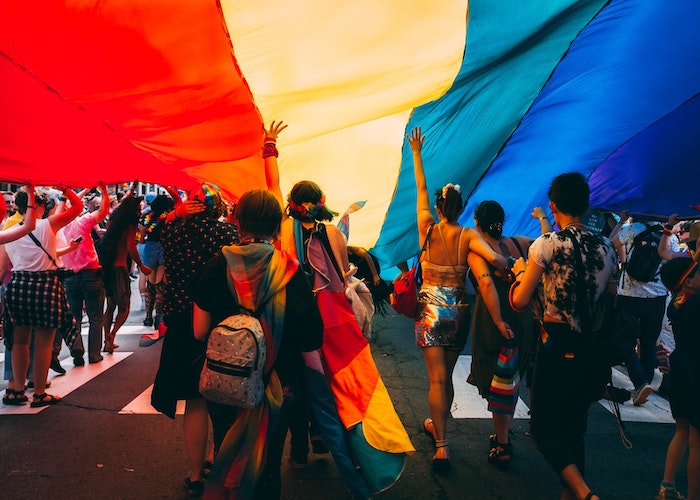 I think we’ve got to the point where Pride month and Pride parades are a mixture of celebration and protest. A celebration of how far we’ve come, looking back at the achievements made for LGBTQ+ people. But also, a time to highlight the struggles we still face as a global community. During Pride Month, we get to remind people that we still exist, and no matter what is thrown at us, we always will.

So for a time that’s focused on queer liberation, celebration, and activism surely nobody would try to capitalize off that?

More and more Pride month is becoming a spotlight for companies to try and show support for the LGBTQ+ community, but only during the month of June. God forbid they show their support throughout the rest of the year. This ‘support’ consists of a limited release of Pride-themed merchandise. Maybe a pair of socks that says ‘Love Wins,’ or perhaps they simply make an ugly tie-dye hoodie with the brand’s name on (I’m looking at you Peloton).

Most companies have the decency to donate a percentage of Pride-related profits to an LGBTQ+ charity, or they’ll make a general donation. Of course, I’m not disagreeing with the fact that they’re donating to charity, but as a queer person, it all appears rather… disingenuous.

I find myself asking why companies have to make some grand advertising campaign to prove themselves, instead of simply donating. Do they want a pat on the back? For us to invite them to the next parade? Why do they need to find a way to benefit to make it worth their time?  And what about the companies whose products are manufactured in countries where it’s illegal to be LGBTQ+, what are they doing to help people there? Why not donate to LGBTQ+ charities every month? We don’t just appear for thirty days in June and then go into hibernation for eleven months.

Of course, it’s normally a bit of entertainment to poke fun at companies who clearly sat around a table in May to try and figure out what a gay person is. But sometimes when companies come out in support of Pride, it’s more insulting than humiliating. And we truly start to gauge how inauthentic some allyship can be.

Let’s take Amazon, for example. On the 3rd of June, the official Amazon account tweeted: “We stand together with the LGBTQIA+ community both within and outside of Amazon.” What’s wrong with this? Well, I find it rather insulting seeing as Insider reported that the company had donated to members of Congress who voted against the Equality Act.

Amazon isn’t the only company to have donated to anti-LGBTQ+ Congress members. McDonald’s has similarly sent out a tweet in support of the LGBTQ+ community, and Walmart took the monumental step of changing their logo to a rainbow. Yet they sent money to those who actively challenge my right to exist.

A lot of people must think this is a good thing, all this public support and backing for our community. But companies aren’t the reason we have Pride in the first place. They didn’t do anything to help with queer liberation. In fact, only when pride became something ‘trendy’ that companies could make money from, did they actually express any sort of acknowledgement that LGBTQ+ people exist.

Personally, I don’t think any brand really cares about me or the community. They make it appear like they do, so it reflects well on them. For once, I want to attend a Pride parade or event which centres on the LGBTQ+ community. I want those marching in the parade to be grassroot organisations, charities, and youth groups. I don’t want to see Barclays, AT&T, UPS, or frankly any corporation at Pride. They stick out like a sore thumb with their laughable advertising campaigns and lazy products. Such as M&S’ LGBT sandwich (Lettuce, Guacamole, Bacon and Tomato) from 2019, which made us all do a collective eye-roll. Or what about the GoDaddy Super Bowl 2010 ad that was so bad, it got pulled. The ad, for those who haven’t seen it, depicted a black, gay protagonist, who went by the name of Lola, setting up their own lingerie business. The ad was thirty seconds of stereotypical and degrading hits at the LBGTQ+ community. 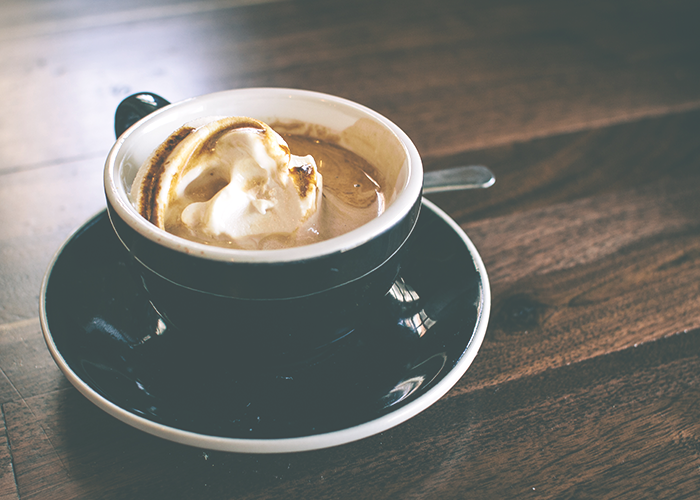 But, if you want to support businesses at Pride, I ask you to support small businesses that are actually created and run by LGBTQ+ people. Instead of buying makeup from Revolution, why not buy from Fluide instead, a queer-based makeup brand made for everybody. If you’re looking for jewellery, why not try Steer Queer, in Pittsburgh, run by Cat Conley, a genderfluid jewelery-maker. Or maybe QueerKwe Designs, whose founder Rebecca Lynn told Them the business was started “to create more representation for LGBTQ+ & Two Spirit Indigenous folx.” A simple Google will give you a plethora of small LGBTQ+ businesses that actually deserve support.

Companies trying to water down the trauma and struggle of LGBTQ+ people for their own benefit needs to stop. They disregard the decades of oppression faced by the community and our continual fighting for equality.

Instead, LGBTQ+ people are viewed as potential profit. Corporations never have and never will belong at Pride, and you don’t need me to tell you that – just look at them.

Catherine Shuttleworth is a freelance writer living in London. When she’s not writing, she’s normally reading, watching The West Wing, or going out with friends. You can keep up to date with her work on her Instagram @catherineros.e