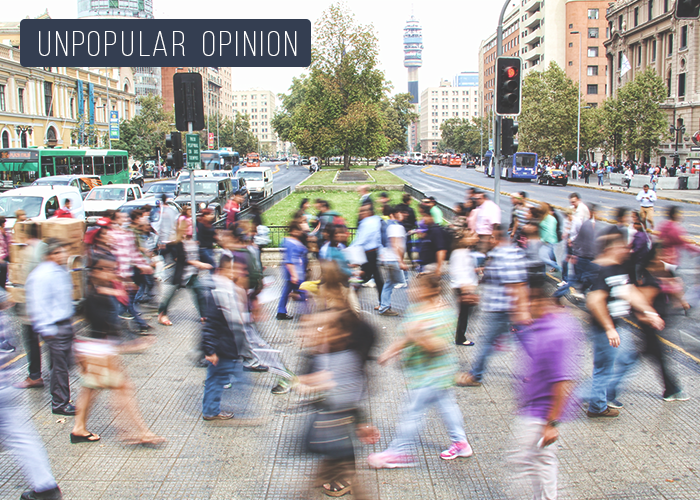 Like many young Americans, I accumulated a sizeable amount of student loan debt to get my master’s degree. By graduation, I owed the government tens of thousands of dollars that I didn’t have, and I expected to be tied down paying for it for the next ten years of my life.

But something miraculous happened just five months into my monthly student loan repayments: my dad sold a house he had invested in a decade or so earlier and paid off my debt for me. In full.

(Now: I could write a whole book on the gratitude my parents deserve for giving me the gift of financial freedom and lifting the emotional burden of debt from my life, but that’s for another day.)

So my loans were repaid, but not before I had schemed up an unusual strategy to try to repay some of my loan debt myself: I decided I would try to crowdfund some of it.

I know what you may be thinking; I know the doubts you may be having right now. Asking for money to pay off student loan debt sounds like a total abuse of the crowdfunding system. I felt this way, too, at first. After all, crowdfunding is a place for medical emergencies and ingenious inventions — not for young people who knowingly invested in their own education and now have to come to terms with the consequences of that investment.

Crowdfunding works in the first place because people want to support aspirational causes, or feel like they’re receiving something in exchange. For example, we wouldn’t be having this discussion about the moral acceptability of crowdfunding for tuition if I had crowdfunded for my tuition costs BEFORE taking out the loans, if I were crowdfunding my ability to pay for college before accepting a spot at a university.

I don’t deny that we have to take responsibility for the financial position we put ourselves in when we take out loans. But I also don’t think that means we should feel guilty for getting creative about paying off the debt. The way I see it, the financial system we’ve been set up in truly encourages us to get creative.

I believe this strategy has the potential to relieve someone of at least a few thousand dollars of debt — and benefit the patrons as well! — but, of course, only if executed wisely. This means you need a well-thought out marketing plan, and a purposeful execution.

First of all, you have to feel certain that at least 30% of the amount you’re asking for will get donated, most likely by people you know. This means you can’t ask for the full five or six figures, but likely somewhere closer to the 5k mark, depending on the extent and loyalty of your social network.

Secondly — and this is key — you have to offer something in return, so that the people donating will feel that it is worth it for them to invest in your loan repayment, other than just generally feeling altruistic. It’s appropriate if you pick something related to your degree. For example, my master’s degree was in public health, so I was going to volunteer at a local charity that delivers healthy free meals to those with late-stage chronic illnesses in exchange for donations. Was your degree in the arts? Maybe you can give a custom creation to each funder. Business? Maybe you can offer your time as a consultant. You see where I’m going with this: you should offer an exchange.

Finally, you will need a high-quality video. Do you have a friend who knows how to make videos? In my case, I was planning to get the charity involved in the video. The idea is to stay away from asking for “pity”; instead, you want to come off as a capable young person, with dreams to make the world a better place, or contribute to society somehow.

I never got the chance to try out my wacky student loan repayment idea, but I’m here to share it with those of you who still can. Remember, there are right and wrong ways to try to crowdfund a cause, like paying back your student loans. Just because it hasn’t been successfully done before doesn’t mean you can’t make it happen.

When not hunkered down writing for her travel and personal blog, Michelle can be found singing, tweeting about the meaning of life, or eating olives in bulk.