How My Dad’s Alcoholism Ruined My Financial Health 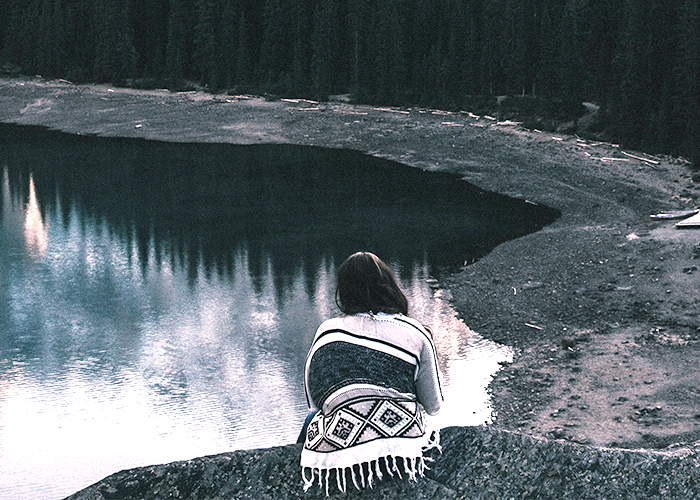 I grew up middle-class, with pretty frugal parents. My dad worked as a project manager while my mum stayed at home to look after me and my brother; she did part-time medical transcription from home. They worked hard and saved to pay off their mortgage, made sure we could go on camping trips as a family each year, and gave us kids a bit of allowance. I remember receiving ten dollars a week, with strict instructions from my dad to save 10% for something big I wanted to buy in the future, and 10% for retirement. When you’re eight years old, this means nothing, but you do what dad tells you to do. While I certainly would never describe my childhood as deprived, takeout pizza and a new-release VHS rental on a Friday night would send my brother and me into fits of excitement. We knew these Friday pizza-nights were treats, not regular occurrences. We learned to appreciate the simple pleasures; to this day, both my brother and I apply this viewpoint to our lives.

When I started high school, I decided to go to a school across town so that I could take their advanced-placement classes. This side of town was definitely considered wealthier than the neighborhood I grew up in, and it showed. My classmates would whine about having to go to Hawaii for Christmas break when they wanted to go to Mexico instead. They would show off Tiffany necklaces they’d received as birthday gifts, or talk about driving around in their parents’ new BMW. They talked so often about how their parents would pay for their university educations in a few years’ time that I believed it was standard for parents to fully fund their children’s higher education. I remember saying something to my mum about the “money she had set aside for university,” and she told me that because they had been focusing on paying the mortgage, I would be on my own for college tuition costs. As I finished out high school, my family started going through difficulties that continue to this day. My dad’s alcohol consumption, which had never affected us much when I was in elementary school, started to get out of hand.

My parents were fighting frequently, and we all tried to cover up what was really going on. My brother and I grew close, often escaping to coffee shops or the city just to get away. The homemade meals started to dwindle, and we ate takeout more often. My mum was worried about what would happen financially if our dad lost his job, so she went back to work in an office for the first time in over 15 years. Stress ran rampant in our household. I was studying for provincial exams and trying to figure out what I wanted do study once I graduated. My mum was trying to keep everything in control while starting a new career herself. Dad was living with us sometimes, and sometimes he wasn’t. I don’t know the financial specifics about this time in my family’s budgetary life, but I do know that a LOT of money was spent on alcohol, and dad was often “on leave” from work. I was working in a deli by this time, saving money to go to Europe after graduation, desperate for some kind of out. I hated coming home and not knowing if dad would be drunk or not.

By the time I graduated high school, dad had entered rehab for the first of what would be many times. I flew off to Europe with my best friend for two months and tried not to worry about what was happening at home. Once I got back to Vancouver, the saga continued. He was in rehab, he was out of rehab. He was living with us, or living in a slummy apartment. I started a diploma program at the college in my town, living at home to provide moral support for my mum and to save money. I worked part-time throughout my years at school, but I still ended up with student loans.

On their own, student loans wouldn’t have been so bad; but I’d started shopping. Mum and I would go to cheer ourselves up after hearing dad had relapsed. It didn’t seem like crazy spending, just little things here and there. I remember thinking if the total was under $30 then it didn’t really count against my non-existent budget. We’d buy lunch out. We’d go to the outlets. We’d buy cupcakes and DVD seasons of Gilmore Girls. I’d accumulated savings from my “allowance” as a kid, having diligently listened to my dad. I spent all of this money because I was mad, and I was hurt. I didn’t understand how he could choose alcohol over his family. If I ever worried about how much I spent, I’d tell myself that when school was over, I’d be making a lot of money at a full-time job. Once I did start working full time, however, I spent even more. I bought a turquoise LeBaron convertible even though the old Mazda protégé my parents had passed down to me was running just fine. Then I got a better job and bought a brand new Mazda 3. Classic lifestyle inflation.

These spending patterns went on for years, until I finally added up all of my debt. Not including my car loan, I owed about $23,000, most of which was consumer debt. I’d also developed the nasty habit of spending money to make myself feel better, which took years to break.

Children of addicts understand the emotional rollercoaster that comes with having a parent who is dependent on substance use. It’s something that I still struggle with. My mum recently told me that they would have been able to pay for my education but had to spend it on my dad’s rehab instead. For a while, I was really upset and selfish about it. But then I realized, despite our failures, we’re ALL just doing our best. My dad, sadly, succumbed to his addiction, but he worked his butt off for years to support a growing family. My mum eventually took the convenience route away from all her money-saving cooking and baking because all of her energy was spent at a new job, but she began providing for the family. I consoled my pain and confusion with shopping for shiny, new things and landed myself in a ton of debt, but I worked to change my habits and pay it off.

We’re all doing pretty well now. I don’t talk to my dad these days, but he’s managing. My brother loves meal-prepping to save cash and just got an awesome job in his field. My mum downsized homes and has rediscovered her passion for cooking. I currently live a minimalist, debt-free life. I burn my stress off on a trail run or outdoor hike, instead of at the mall. It’s unfortunate that things had to go this way for my family, but after 15 tumultuous years, I finally see light at the end of the tunnel. And you know what? I can see the bright spots behind me, too. I’m thankful for the lessons I learned when I was young (save and appreciate the simple pleasures), and I’m thankful for the strength that I have found since.

Jacquie is a debt-free vegan hiker living in beautiful Vancouver, BC with her sassy Burmese cat Chi. She’s a little too obsessed with personal finance, library books, and Disneyland.