Dear Old People: Stop Judging Me For My Debt 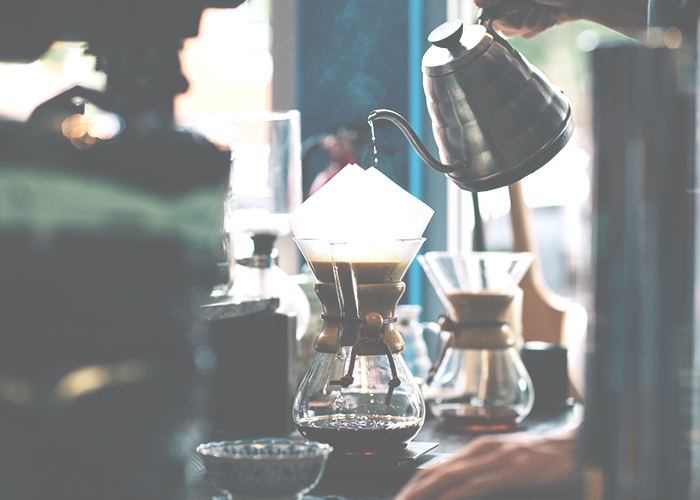 Ah, millennials and student loan debt. It seems like everyone has something to say about student loans, especially if they don’t have any. And while I appreciate the (unsolicited) advice, I’d like to remind everyone that being a millennial with a massive amount of student loan debt is hard enough without the constant judgment from previous generations. It’s been almost four years since I’ve graduated college, and I’m just now getting a handle on this whole loan thing.

Yep. You can say it. I’m outrageously and irrevocably fucked.

I know what you’re thinking. You want to know why in the world I would let myself get into that kind of debt. Well, for starters, I was 18 and desperately wanted to go away to a university far, far away. It wasn’t the education I wanted, it was the experience. I wanted it all: the whole college shebang. I wanted the dorm rooms and the study groups and the nasty dining hall food. I sure as hell didn’t want to stay in my parents’ basement, take two classes at the local community college, and continue my hostess career at the local sports bar.

No, the price didn’t bother me. I knew how much it cost, and I knew (obviously) that I didn’t have the money. But as a senior in high school, I had absolutely no idea what that number meant in practical terms. It was just a number; an arbitrary figure that, while rather large, didn’t make much of an impression on me. I was going to college, after all, I thought. I’d get a high-paying job. Everyone has student loan debt these days. I’d be fine. The world was just beginning to open to me, and I had found my ticket. It was an $85,000 ticket, but a ticket nonetheless!

But here’s where things get interesting. Somewhere deep inside me, buried under layers of judgment, naivety, and Chipotle burritos, I actually did know that I was rolling the dice. I knew that taking out debt, especially that much debt, was a gamble. It was me against the loans. And I was choosing me. Could I do it? Could I rise to the challenge? I wasn’t sure. I was throwing myself in the deep end of the pool and hoping like hell I could swim.

And I did. Those loans lit a fire under my ass like nothing else could. I had to get good grades; it was non-negotiable. Unlike many of my classmates, I needed to get a job. I didn’t have the luxury of going home and blindly sending out resumés after graduation. I had bills to pay — lots and lots of bills.

It was the threat of my loans that kept me going and pushed me to become a great student, instead of a mediocre one. I met with my professors, I joined study groups. I volunteered. I built my resumé proudly, brick by brick. I rose to the challenge. I swam like motherfucking Michael Phelps.

And then the “real world” started.

It was hard. I could write a thousand essays about the transition from college to the real world, but the bottom line is this: it’s fucking hard. And being $85,000 in debt doesn’t help. Here’s the understatement of the year: owing $800 a month is difficult when you’re just starting out. You have to make sacrifices. You have to decide what to cut and how to make ends meet. There is a lot of pressure.

The ugly truth is that student loan debt means constant sacrifice. To make it, I had to cut every corner I could find. I did all those boring and responsible things that people tell you to do: I created a budget, asked for a raise (when appropriate), and split the cost of living with my boyfriend.

Having debt is hard. It makes things a zillion times more difficult. I’ve cried about it, screamed about it, and punched my fair share of pillows about it. It’s a crappy situation. But it’s not an impossible one. Living with loans is not a death sentence. It’s not the worst thing that could happen to a young person. It’s just another part of life. A shitty part, but a part nonetheless.

One of the worst things about debt is the other people.

No one seems very impressed by my ability to manage my debt. In fact, they seem rather disgusted. They look at me with a mixture of pity and disdain, as if my debt is contagious or something. Since graduation, I’ve become something of a poster child for student loans. At social gatherings, people seek me out, with their sullen teenager in tow, and ask me to explain about my loans. “Tell her,” they demand. “Tell her about YOUR DEBT.”

This is always supremely uncomfortable for many reasons, not the least of which is that I actually don’t regret going into debt. I’d do it all over again if I had the chance. Still, I’ve gotten asked this so many times that I thought I’d create a standardized script:

Hey there, sullen teenager about to make the biggest decision of your young life,

Congratulations on getting into college! That’s a huge accomplishment, and you should be feeling proud of yourself, even if you always considered it a given. Seriously, you just did something major. Own it and be proud!

Now, your overly-involved, potentially-helicoptering parent here would like me to talk to you about my student loan debt. I know you’d rather stick your face in a pool of satanic eels than listen to another conversation about college, so I’ll keep it quick.

Yes, I’m in debt. A lot of debt. And yeah, it sucks a lot of the time. It’s hard and it’s something I have to think about constantly.

But I’d do it all over again. I’d take out those loans. Because I love the life I’m living now and that wouldn’t have been possible without going into debt. To me, all that money was worth it. It was an investment in myself and my future.

So if you’re obsessed with a particular college and you really want to go there, then take the loans and don’t look back. It’s a harder path, but that’s not necessarily a bad thing. Relax, you’ve got this.

If you’re indifferent, go to the cheaper school, or spend a year at the local community college. No matter where you go, you’ll be successful. Relax, you’ve got this.

Listen to your heart and follow your own path, loans or no loans.

Best of luck, my young friend!

Yep, you read that right; I don’t regret my student loans. Because to regret them would mean to regret everything that ultimately came after and because of them, and I just can’t do that. Could my life have turned out exactly the same way if I decided not to take out loans? Possibly. But that’s not a risk I’m willing to take. Life is not always easy. We’re going to have to make sacrifices for the things we love and truly want. I loved and truly wanted to go to a college 500 miles away. I reap the benefits of that decision every single day, and I pay the consequences as well.

What I, and the rest of my fellow debt warriors need, is your encouragement. We need your respect. We need a smile, a pat on the back, or some faith that we can (and will) figure out a way to handle our debt. If you can’t provide any of that, then what we need is your silence. So the next time you hear another millennial complaining about their loans, cut them some slack. I promise, they’re doing the best they can. We all are.

Jillian wants to live in a world where the coffee is bottomless and the sweatpants are mandatory. As a professional writer, she enjoys crafting copy that cuts through the bullshit of the everyday media. When she’s not being a word wizard, Jillian can be found hiking the trails with her husband and her slightly neurotic German Shepherd named Penny. To learn more about her work- and her love of sweatpants, visit her online at www.jillianstacia.com.