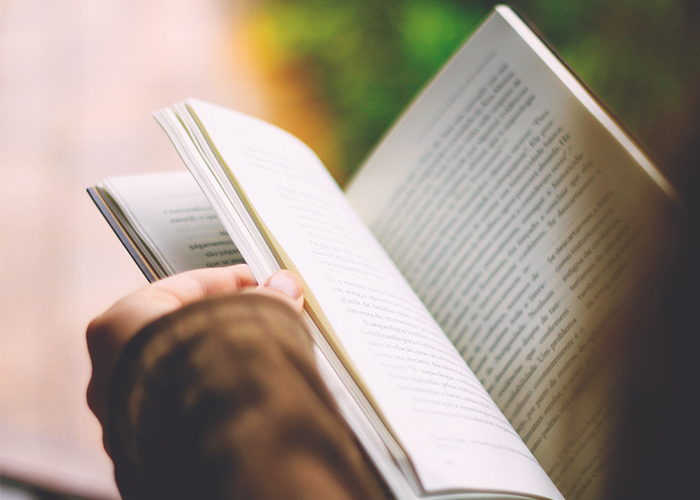 I first heard of Dr. Cal Newport in 2014, two years after the release of his fourth book, So Good They Can’t Ignore You

. It’s a guide to harnessing your skills in the workforce as opposed to blindly following the age-old saying, “Follow your dreams.” Then, in the beginning of 2016, I heard of “deep work” — Dr. Newport’s name came up again. Early last year, his fifth book

“Deep work” is a phrase coined by Dr. Newport, but a practice already carried out by many individuals, perhaps even yourself without you knowing. Deep work is the idea of single-tasking things, as opposed to multitasking, to flex the limits of your self-control muscle and put all of your attention into the task at hand. It allows you to test your mindfulness skills whilst increasing your efficiency.

The idea is to be fully engaged and present. The idea is being in the moment and silent. Sound familiar? Perhaps a little like mindfulness?

In the middle of last year, I experienced a serious bout of insomnia, where I wasn’t getting more than three hours of sleep for two weeks straight. I found myself at the height of my productivity (and boy, I love  getting stuff done). I was waking at 4:00 AM and making coffee, getting ready for the day and pounding on my keyboard by 4:30, articles ready to be proofread by 5:15 AM. But once I had my sleep cycle corrected, I found that my writing and exercise had hit a slump. I couldn’t put my finger on what had gone awry.

Was my sleeping all that had changed? Surely this was better than being an insomniac? I scoured productivity blogs and websites, listened to podcasts, and sent my mum whiny texts. I was convinced (although Mary says otherwise) that the key to fixing my laziness was to listen to more classical music.

I began to micromanage myself. I wrote a to-do list, and made a task list on Asana (that’s right, I’m a team of one). When three days passed and I found that I wasn’t managing to get even two tasks ticked off my list, I began to worry. What was wrong with me? It was so easy in the silence of the early morning. I began the Pomodoro method of using a timer to time tasks. This method is tried and true for me, and makes me hyper-focused. But I find myself wanting to extend the timer due to getting irritated at the perpetual stop-start. Then I noticed a pattern. I was doing something I wasn’t previously doing when I was up at two, three or four in the morning: I was checking my social media, and binge-watching YouTube clips. So that’s where all the time had gone…

I’d cut out social media before. I’d gone five years without a Facebook, and never thought twice about it. This would be easy. I disabled all push notifications, and put my phone on Do Not Disturb for agreed upon hours of the morning/night. Again, this would be easy. I was an adult in control of my life, simply breaking away from my addiction to technology, and on her way into deep work and mental freedom.

“Efforts to deepen your focus will struggle if you don’t simultaneously wean your mind from a dependence on distraction.”

Wrong, so wrong. If you’re like me, your addiction to social media comes with a multitude of sound reasoning behind it. Such as “I need social for work, for research, for news, for FOMO and friends!”  The idea behind deep work isn’t all or nothing. You don’t have to rid yourself of social completely, like Dr. Newport did. The idea is to rid yourself completely when you are involved in deep work.

We only have to talk to a teenager to find out the real appeal of social media. 400 likes on Instagram! It’s been proven that that rush you feel is dopamine, and it’s delivered through the flash you see, the “ding” you hear, or the buzz you feel. It’s the feeling that someone has noticed and validated you. But compare that very small and short-lived moment to the sense of achievement gained from concentrated fully engaged deep work.

An example: Putting aside the internet, emails, phone, humans, pets. You’ve been wanting to work on an article, you know your editor would be happy with 500 words. If working in “shallow work” you would crank out 500 works, check 42 tweets, reply to 16 emails and take three phone calls, pet your dog and make a sandwich. But in deep work, you decide to focus only on your article. You make the article long-form. Your editor decides they would like it created into the incentive e-book for landing page email sign ups. You’ve done much more than a 500-word article; you’ve accomplished something with great value.

I can see how you’d think that myself or Dr. Newport are biased. The fact is, concentration and attention management, rather than managing your time, is shown to reduce anxiety and declutter your thoughts. Steve Jobs used to cull his products, and focus on select few things in a given time period. He would give his sole attention to one thing at a time, and not spread himself thin. I think trying to — no matter what industry you’re in — embrace deep work at least two days a week, if not more, will show you real spikes in productivity, and decrease anxiety levels.

Now, over to you: What’s your experience with deep work?