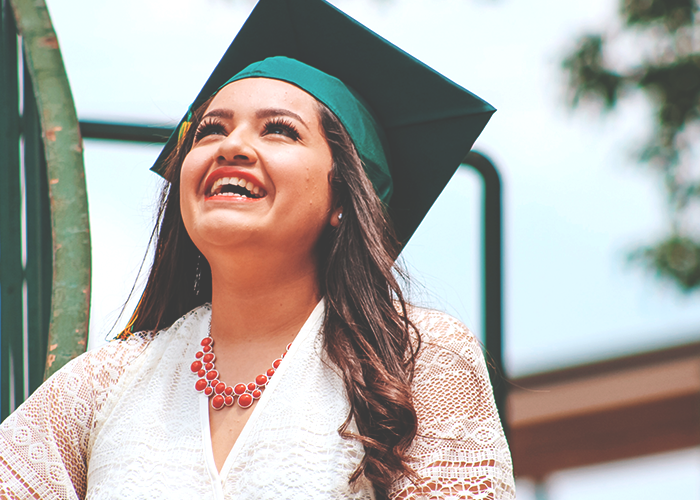 English, Comp Lit, Theater, Creative Writing, Graphic Design majors, all: I’d wager we’ve each experienced at least one paroxysm of regret about our paths of study while clocking hour number four in front of our laptops in an overly-air-conditioned Starbucks, revamping our resume for the fifth time in one week. It’s enough to make us turn about-face and…go back to school. Make a bid for another degree that might bring you a few steps closer to job security. Take-backs don’t exist in the world of higher education, but do-overs (or do-mores) do.

I’m going to make a second wager. While you’re avoiding eye contact with the millennial sitting at the next rickety table — jockeying with polite desperation for the single outlet plug that sits between your two caffeinated campgrounds — your Scripts of Regret may have advanced to Chapter Seven: “Why Didn’t I Force Myself To Pursue A STEM Or Law Degree, Like Mom & Dad Told Me To.” The Organic Chemistry lab earned every letter of its reputation as the “place where souls go to die.” But if you could offer up some reasonable knowledge of rat genomes or cell cloning technology or the chemical compounds of various industrial toxins, then you would at least be paid a salary for avoiding human eye contact and privately coaching yourself through yet another day of taking your chance against soul-crushing odds. Right?

Not so fast, Chapter Seven. STEM folks don’t have it easy, either. In many fields of science and wides swathes of the legal profession, hiring has plummeted while scores of highly-qualified graduates flood the field each year. The result: job competition has grown exponentially more punishing.

I, personally, was surprised to learn about the pitfalls of academic careers in science; perhaps because my only point of reference for someone pursuing a scientific careers is my friend’s father, who originated the study of a specific sub-field of biology. Unsurprisingly, this dude enjoys a hard-earned, dope-ass career in which invitations to scientific-celebrity-strewn conferences in Beijing and Tel Aviv are commonplace events in his calendar (for the record, he and his family are also some of the most deeply kind, generous people I know, and I get to babysit his cats a lot. HI, MUFFINS AND TOBY!). Apparently, his path — from STEM degree to baller tenured professorship — is an increasingly rare phenomenon. As this New York Times article notes:

The engineering school at M.I.T., for example, often gets 400 applicants for every open assistant professor job, says Richard Larson, an operations research professor there. Many, he adds, are “superstellar.”

Cue upbeat newsflash soundtrack: “This just in: it’s not just the B.A. in English chuckleheads…we’re ALL f*cked!” *xylophone xylophone xylophone*. I don’t think schadenfreude is a sustainable or admirable solution to feeling sorry for your own bleak job prospects, but I do think that perspective is healthy. And by perspective, I mean: some facts to still your bleeding liberal-arts heart and leaden your feet before you go running for the Hills of Graduate Degrees.

One of the scientists featured in the article spent 25 years cycling through nine institutions in five countries before she got the position that her momentous work in infection biology qualified her for. I strongly suggest you give the article a read to understand the market forces at hand that enable such extortion of intellectual labor, but for our TLDR friends at TFD who are giving this article a quick read before plunging into the next job application, I’ll give a short list of the top STEM degrees to avoid (because they are saturated with over-qualified applicants for academic jobs, and the demand for research and professorial is shrinking):

STEM Degrees that will lead to jobs (not in academia, but the demand in the industry-driven market is high enough that you’ll get a position in “applied skills” instead of research):

Side note: the list of STEM degrees that lead to jobs could, alternatively, be summarized under a single category: paths of study that equip you to blow shit up.

While we’re at it, I’d like to dispel the myth of the Lucrative Legal Career. Turns out, for our generation, it’s not a safe bet. (Unless you go to Harvard Law. Then you can go sit in a corner, jack off to your gold-framed degree, and enjoy making six figures in your entry-level position at the corporate firm. See you in thirty years, when you look like the dad from Clueless. And NO, I didn’t lose a friend to the money-hungry, happy-hour-addled world of corporate law; that’s not what I’m referring to AT ALL.) A second New York Times article sheds light on the legal job market as it really stands today:

Nationally, the proportion of recent graduates who find work as a lawyer is down 10 percentage points since its peak of the last decade, according to the most recent data. And though the upper end of the profession finally shows some signs of recovering, the middle and lower ranks remain depressed, especially in slower-growth regions…

I highly recommend this article as a long read — It reports on these bleak trends in the legal world through the lens of Valparaiso University Law School in northwestern Indiana. Why does it focus on this school? Because, from an administrative and graduate employment rate perspective, Valparaiso Law is a frightening but accurate (and therefore even more frightening) indication of how the deescalating trends of legal employment and national epidemic of legal job market saturation are impacting students who volunteer to take on six figures of debt.

Most important to note: though the government will forgive some massive student loans that aren’t paid off within a few decades, there’s a financially-staggering catch:

The government will eventually forgive the [$200,000] loan — in 20 years — if [the student] unable to repay it, as is likely on his small-town lawyer’s salary. But the Internal Revenue Service will probably treat the forgiven amount as income, leaving him what could easily be a $70,000 tax bill on the eve of retirement, and possibly much higher.

For any of you readers who are considering applying to law school, I’m going to outright urge you to read this article, and follow up by reading about how much it costs to even apply to law schools in the first place.

Sure, your English degree may not be doing you any favors in your search for a marketing job. But before you make any rash moves and take on student loans under the advisement of inherited wisdom about the demand for STEM professionals and lawyers, think twice. If it helps, imagine Cher’s dad from Clueless yelling at you: “It cost HOW MUCH?!?!”