Why I Don’t Feel Bad About My Expensive Coffee Habit 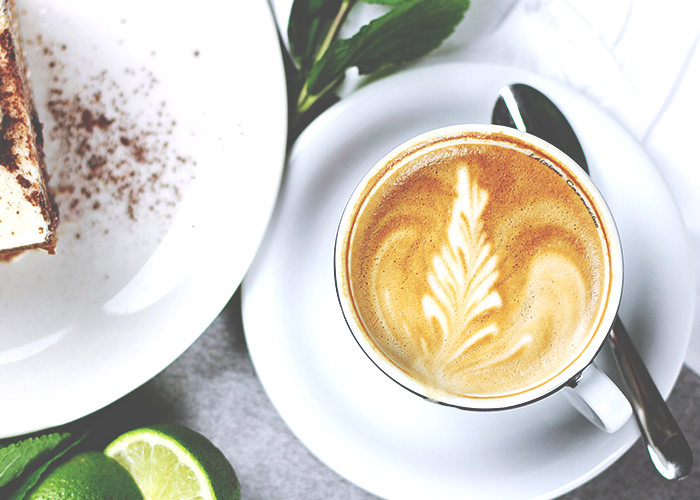 Living in South Africa, where more than 50% of the population lives in poverty (that’s 53.8% of South Africans living on less than about $60 a month), I’m one of the wealthy. I have a steady income, a roof over my head, and a car to transport my children to and from school. “Wealthy” might be stretching the truth a little, though. Relatively speaking, I’m wealthy, but I’ve never been able to splurge. Right now, with three kids and being the sole breadwinner in a house of five, money is tight. I worry constantly about where the money will come from for tertiary education and big, unexpected outlays.

I carefully plan each month’s expenditure. Over the years, watching our spending has become a way of life for our family. We don’t eat out, we seldom go on holiday together, and clothes are worn until they’re falling apart or a size or nine too small. If I can stretch a pot of food over two days, it’s a win. When we do the grocery shopping, meals are planned around the foods that are on special that week. Beetroot on special? Beetroot soup for dinner. Pork on special? We’re eating pork stews for days.

So I’m pretty tight with my money. I’m always up for a new way of saving a few pennies. I avidly read articles about how others have managed to stretch their budgets so that the end of the money blues don’t descend too soon after payday.

I have a little guilty pleasure, though. When I’m at work during the week, I regularly go out mid-morning in search of a well-made, eye-poppingly strong cup of coffee. Sometimes, I pair it with a little sweet treat. It motivates me to get through a pile of work first thing in the morning before venturing out in search of my fix. I justify it by telling myself I’m getting some exercise and clearing my head for the next round of items on my to-do list before lunch.

My daily coffee doesn’t cost a lot individually, but my conscience has been weighing on me. As anyone who reads anything related to personal finance knows, add up all those little cups of liquid energy you’re downing during the week and you have a sizable lump sum.

With this in mind, I decided to conduct a little research project. I planned to write about how much money I waste by carelessly spending small amounts every day. I spent a week researching and preparing for the article by looking at how much money I spend at work on coffee and snacks I don’t really need. I even roped in a friend so I could compare our spending, thinking that, because I choose to bring lunch to work and he doesn’t, I’d at least prove that I was saving more than him.

According to a book extract published by Slate, my thinking stems from an actual theory called “the latte factor,” dreamed up by financial author David Bach. Bach argues that putting small amounts of money away, rather than spending it on “luxuries” like your daily coffee, will result in financial success. It’s all about changing small habits. My project would involve documenting what I spent on food and drink each day. I aimed to prove that I was wasting my hard-earned salary on frivolities, and to show that I could save a considerable sum if I just let go of that habit.

It didn’t work out quite as planned.

What I found, predictably, was that craving coffee during my working day is a strong theme in my life, and that sometimes, snack attacks cause the daily bill to climb. By calculating how many days I spent at work per month and how many times I went out for coffee, it amounted to a fair sum — enough, at least, to fund a week’s groceries. Imagine how much I could save if I put that monthly amount away.

I confess: I’m quite taken with Bach’s approach. A few years ago, I stopped buying fast food a few times a month, and as a family, we stopped going to restaurants. It soon became habit, and watching the savings build up on a monthly basis has been very rewarding. Whereas before, I wasn’t able to make it through the month without feeling faintly desperate, now we’re able to fairly comfortable get there and have some money over for an outing, or just for savings.

But according to Helaine Olen, author of Pound Foolish: Exposing the Dark Side of the Personal Finance Industry

, I’ve been misled. She contends that Bach’s theory is flawed because he got his figures wrong. By factoring in other expenses like snacks and other drinks, he bumped the amount we spend on coffee up to around $5 a day. He then rounded off the annual savings from $1825 to $2000. He fluffed the amount you would get as a return on your investment, and he left inflation and taxes completely out of the equation.

Olen concludes that Bach inflated the amount we could be saving per year by just under 500%. He claimed we could save $1 million by retirement age, when in fact, the savings comes to $173,000 on average. Olen writes that others have run the figures and come up with even lower amounts than she did.

So apparently, we’ve been duped, and it appears that I spent a week researching something that isn’t financially sound. Was my project a failure, and will I keep buying that coffee whenever I feel like it? Probably not. I’m willing to accept that denying myself a coffee a few times a week won’t transform me into a millionaire by the time I reach 65, but I still think it makes sense to save at least some of the pennies now so I can enjoy the dollars later. “The latte factor” may be half-baked, but carefully considering where each penny goes certainly can’t hurt.

Janine Dunlop is a communications manager by day and a freelance writer by night. When she’s not supervising homework times 3, you’ll find her pounding away at her keyboard before dawn and after dark, trying to perfect that paragraph.