Everything I Did To Make $21,000+ Side Hustling Last Year 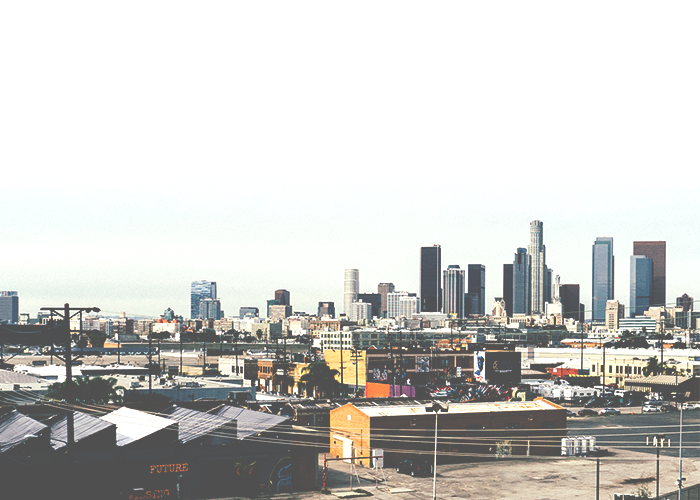 It’s Saturday night, and I’m reading a pretty damn boring book about email marketing sales funnels. Why? Because I dropped over $100 on a new name necklace yesterday and am trying to chill out this weekend on spending, but also, because it’s research for future jobs and future side hustle work.

This got me thinking about side hustles, and my love for them. It’s been a while since I’ve done a post about money that wasn’t just a Twitter rant, but I’m starting a new job Monday that I’m really excited for, and that, combined with side hustles buzzing in my brain, got me thinking about how my day-to-day life and schedule is going to change, and how everything good and bad in 2015 really added up to be the perfect environment for me to side hustle my ass off. (But actually. I swear it wasn’t that hard.)

There isn’t much talk of the mysterious, seemingly-glamorous side hustle that allows the Instagram girls you stalk to fly to Ibiza on a moment’s notice, or the step-by-step breakdown of the entrepreneur coke-talk pipe-dream that somehow made your high school friend rich. If there was, I would probably be living my life following those suggestions, not desperately asking anyone I can find for advice. What there is, thankfully, is an increasing dialogue about side hustles, and working outside of your “day job”. There’s even a good amount of suggestions of side hustles to get started with (which I do touch on here). But I wanted to add a bit of my experience about exactly how much I made from each of my side gigs, the amount of time that they took, the amount of emotional/brain energy that they took, and how it all added up to be extremely doable while maintaining my day job — something that definitely isn’t going to be my story for the second half of 2016.

While I broke this down, I was really reminded that the money really came in, $30-100 at a time. I was, and am, playing the long game. Granted, there were a few shockingly well-paid projects, but those $1,000-per-project checks aren’t a reality in my life. Yet. The a few hours I put in every few nights added up to $100 every so often, which added up to a thousand, and after 12 months… you get what I’m saying. Basically, it’s pretty realistic and attainable, even if you aren’t a superstar consultant charging $150 an hour.

In 2015, I made $21,000+ in freelance income, on top of the full-time job where I was salaried. A few things played into making this possible, some attainable by anyone, and some specific to my life, but before I get into details, I wanted to paint a realistic, privilege-acknowledging picture of what my life was like while this happened. This is something I feel like almost any “I Did X Sort-of-Difficult Thing in Y Unrealistic Timeframe” article misses: like duh you paid your loans in a year, you lived at home, etc. etc. end rant. This will also serve as auto-replies for any defensive comments, lol.

1. I had a job Jan-Nov where I walked to work 15 minutes or less each way. Because of this, I didn’t spend the 1-2 hours most people I know spend commuting, and could easily do a few hours of freelance work, upping my daily income by $100 or so by the time my boyfriend got back from work in Venice to WeHo in LA rush hour. I intentionally picked an apartment less than a mile from my job (where I was under contract to be there 1 year minimum, the same length as my lease), because I wanted to give myself more free time than I had had back in NY with my commute. The small price difference to be in this area I made back tenfold. Definitely recommend.

2. I had a job that paid decently/well (depending on who you ask), that didn’t require obscene hours — it was give or take 9ish in office per day. I had some weeks where we had insane 24-hour live streams, weekend work events maybe once a month, and a decent chunk of work travel that I actually really loved. (And was treated very fairly during. Can I expense this juice? Yep!) Looking back, I learned so much at that job, and at times I really loved it. But something I can’t deny, and have to give them credit for even when I bitch a little, was it was reasonable. There were very few late nights working on Keynote decks, very few texts at obscene hours from bosses, all at a good rate that was reviewed every six months. There are jobs that require insane hours that are worth it for some people, financially or career growth/learning wise, those often don’t give you as much time to freelance. If you’re on the lower end of the pay scale, with those insane hours, that’s the worst combo, but hopefully you sticking it out there is the right choice, and if not, side hustle at your next gig.

3. I personally am very motivated by work related challenges and financial goals. This one is obviously important for this. If you don’t care about money, then fuck a side hustle, just do what you like all money aside.

4. I am an LA native and my parents and grandparents still live here, which is relevant and pertinent to the last income source on my list. This obviously isn’t something I can control, but it’s dope. When I moved back to LA, I hadn’t even considered the possible (and financial!) benefits of this, but it has proven to be so beneficial it pretty much has deterred me from leaving, along with really strengthening my relationship with my fam even when I’m not using them for a place to crash.

5. This one is probably the most obvious but also one that could be the biggest hurdle for anyone else, but I had/have a level of privilege and access that allowed me to spend my free time doing side hustles, an apartment with internet that was a great workspace, pretty damn good physical and mental health that helped me stay motivated, and an education and growing skill set that was relatively in demand (once you look on the far corners of the internet) and qualified me for a decent freelancer rate.

Okay, so lets get into it. I’ll go from smallest to largest.

These are the ~big check~ projects I mentioned. These 2 projects were in the same month, and only happened that time during the entire year sadly. As writers know, or should know, branded content isn’t a journalist’s dream. Thankfully for me, I no longer consider myself a journalist. I’m a writer, but “selling out” writing funny blogs for liquor brands doesn’t offend or shame me. And the pay is GREAT. (Btw, this brand — hit me up!).

$2,400: 15 educational marketing blogs for a website builder software (think Squarespace, but it wasn’t Squarespace) to put on their website to boost SEO and drive search engine traffic.

I found this company on Angel.co and reached out. This was all done in the last two months of the year. These projects are incredibly boring, but easy for me. I did 1-2 of these a week (this gig continued heavily into 2016), and usually did them Sunday nights while watching TV half-paying attention. They took about 60-90 minutes each. This was definitely the main hustle where I had to buckle down and remind myself of the cost/benefit and how worth it these were for me.

$2,870: 13 B2B blogs and a three-day trip to a trade show in Las Vegas (paid on a day rate) for a boutique content marketing agency based in New York.

I got introduced to this through an online acquaintance, sent over samples, and got a few gigs that increased throughout the year. This gig was relatively fun, easy, and cushy. I loved the Vegas trip and did another in 2016. The blogs were B2B so, for business owners from a business perspective, but touched on trending fashion/beauty/lifestyle products and trends so they were fun and easy to write. The people I worked with were also really great. This is an example of a gig I could do 1-2 times a month while having a more intense or fulfilling full-time job

$4,500: About 120 hours of copywriting, email marketing, and general marketing strategy for a startup in the lifestyle space.

This work was done over the course of three months, and was probably the project I was the most dedicated to (late weekend nights, etc). I got this through a mentor-esque figure I met in college online who I stayed in touch with. This led to a full time job offer that I actually declined but continued to freelance for the company. This was the first gig where I had to really come up with a concrete hourly rate, which was a great learning experience. I kind of humiliated myself when I first suggested one that was, looking back, obscenely high. Thankfully, I was working with someone I really respect who broke it down for me and was honest when helping me come up with a number that I used throughout 2015 and into 2016 (though it went up!) as a baseline hourly rate for my services in the marketing/content space.

$10,000: This one is the kicker. And maybe it shouldn’t have been included in this blog, but it was definitely work, and definitely forced me to make changes to my day-to-day lifestyle. 26 reservations equaling 70 total nights renting my one-bedroom apartment on AirBnB. I wrote a lot more about this in my blog here.

AirBnB was literally life changing for me this year. Granted, half of this money is Drew’s, but we have it in a joint account so I’ll include it. Does Drew hate me for doing AirBnB? YES. With a passion. Did it pay for our hotel in Tokyo, entire trip to Scandinavia, and AirBnB in Cuba? Also yes. AirBnB also let me write off a lot of home expenses I had that year since we had just moved. It also really got my mind thinking about the value of owning and renting out property, which I really had never considered to be part of my short term plan. A few downsides, it’s inconvenient as hell (for me). We went to my mom’s or Grandma’s house about 50% of the time, the other times we were either already out of town, decided to go out of town and break even, or even once, I had to get us our own AirBnB in LA because my mom said no. This obviously was a “told you so” moment for Drew. In 2016, I am continuing to do AirBnB but at a much lower frequency. I’m pacing to make around 5k or so the entire year, which includes a long-term rental while I’m gone in July. Also, AirBnB is taxed (as is basically all income), but something to consider.

So that was my 2015. 2016, a lot slower (by choice), but working on projects I love more, with higher rates, and a new full time job. In the spirit of transparency, I’d love to hear about anyone else’s experience, advice, comments, or questions.

This originally appeared on lina loves it. When Lina isn’t side hustling, she’s working on an app to record and edit a podcast from your iphone. She’s on twitter.
Image via Pexels