Everything I Learned From Being A 20-Something Landlord 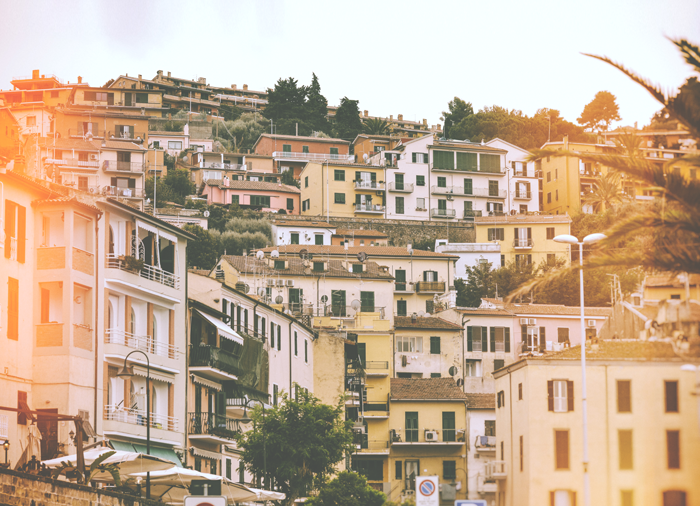 Being a landlord sucks sometimes. I’ll openly admit that. It is stressful, time consuming, and can be extremely emotional, even if you’re going through a property manager. At times, it can be a real pain because, in my experience, things break, your tenants turn nightmarish, or random natural disasters occur while you’re away. Of course, I now know that all of these things happen, but I wasn’t always as prepared for these situations as I am now. I have been a landlord for five years, since I purchased my first home at 23, and I’ve learned a lot about managing my property in that time. I’ve made so many mistakes, but somehow, I managed to survive as a 20-something first-time landlord for five years, and I would absolutely do it again. Here are six mistakes I made when renting out my space as a first-time homeowner:

1. I didn’t get a security deposit. Unfortunately, this was just plain stupid of me. When I housed my first tenant, I don’t think I was in the mindset that I was a landlord yet. I was the property owner, and I was renting out a room to a tenant to save money, and help pay my mortgage. However, when my first tenant left, there were things I had to replace, repair and clean, which is exactly why you get a security deposit. When my tenant left, I needed to use some of the money that would have been taken from a security deposit, but I’d never collected one. I won’t make that mistake again.

2. I raised the rent twice over five and a half years. Some apartment rental fees go up every year without fail. While I don’t necessarily need to follow that guideline, I think I could have raised the rent more, and I missed out on money this way. Sometimes I was offering my space to a friend, so that clouded my judgment on a lot of business decisions since I was trying to sympathize with their situations. But going forward, I would like to fully understand how much rent should be going up on a yearly basis, and would want to reflect that in my prices.

3. I included utilities in the rental price. Having lived in a place that included the utilities in the rent price before, I know how easy it is to use, use, and use some more, when you’re not paying for it directly. When you aren’t showing the tenant the utilities bill, it sometimes sets the precedent that they don’t need to limit their usage at all. Looking back, I should have charged separately for utilities, and decided on what portion of each utility the tenant would pay before they moved in.

4. I lived in the property with my tenant, without a separate entrance. Sharing is not always caring. You really get to know people, and I honestly didn’t always like that. I’ve had roommates before but this experience was different because I owned the space we were living in. Even though there was plenty of space, it seemed very small at times. I discovered what gives me anxiety about being a landlord: lack of boundaries, animals, guests, parties, dust, etc. I probably won’t live in the space I am renting again, but if I do, I would prefer to keep our living areas more separate than I have in the past. Of course, not every homeowner who rents their space is able to have two separate entrances, but I think creating more solidified boundaries would really help.

5. I allowed a pet. A cat. I had one pet growing up, and it was a dog that stayed outside. I didn’t know what I was getting into, but the cat was already a member of the tenant’s family, so I said okay. I assumed that I wouldn’t be responsible for him, and he was supposed to stay out of my area, so I figured it would be alright. I don’t love cats, but I learned to tolerate him even with his distinct scent and his stray hairs. However, the cat took a toll on the property, because he occasionally liked to destroy things he could climb on, which is why the security deposit would have really helped. In future, I would probably create a “no pets” policy.

6. I learned that all property managers are not created equal. I was out of the country for a year and hired a nice lady who I hoped would be a good property manager. She made sure I got my money, and that was it. An earthquake hit my area of D.C., and for some reason I was getting emails while abroad, from my property manager, asking how the shattered window was going to get fixed. I have insurance and a home warranty. She had the information for both companies, because I made sure I gave that to her before I left. And still, I had to coordinate getting my window fixed from halfway across the globe.

Now that I’ve accepted my mistakes and vowed not to repeat them, I’m ready to give renting my space another try. Even though I have had some setbacks, and completely acknowledge where I went wrong, I would do it again. Collecting rent is an uplifting experience. It is satisfying to manage a space that you own, and I grew to appreciate that responsibility. Furthermore, being a live-in landlord was a safety net, even beyond the financial cushion it provided for my mortgage payments. It meant I could be present to watch over the space, and I honestly enjoyed not living alone. When things start to creak and squeak in an older house, it was nice to be able to ask, “Hey, did you hear that too?” and then compare notes and proceed to bring out the baseball bats, just in case. It was also nice to have someone there for holidays, and major events like the D.C. “snowpocalypse” of 2010, especially because I don’t live close to any family. While parts of being a landlord sucked, it also made my life so much easier. I collected over $45K in the time I had a renter, which went a long way toward helping me reach my financial goals.