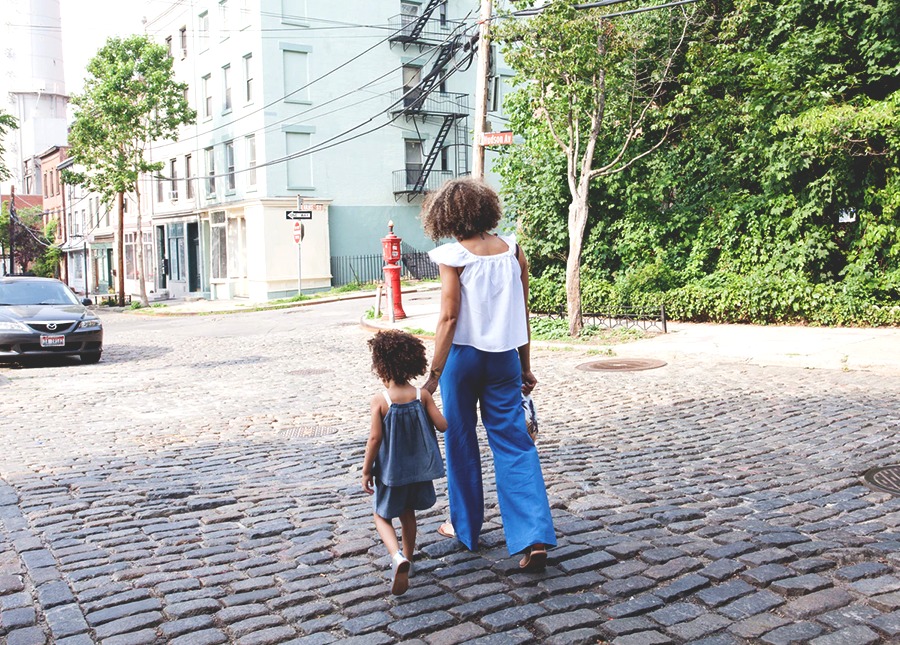 When I was 12 years old, my mother signed me up for the cross country team. Even back then, it was clear that I was growing into a mini version of my marathoner father: tall, long-legged, built for running. Everyone assumed I’d take to it immediately, but my enthusiasm for the activity was marginal at best. My short-lived career as a middle and high school cross country runner was a mediocre one.

Early in the season, the senior girls, glamorous gazelles who made me feel like a scrawny puppy who hadn’t grown into my feet yet, passed out neon pink order forms for that year’s team swag: usually a t-shirt, a sweatshirt, and a pair of sweatpants. My first year on the team, my parents bought the t-shirt for me. It was blue, with long sleeves, and the back was covered with the poetry of early-2000s MySpace quotes, such as, “That’s not sweat you see in my eye; it’s determination,” and “My mother told me never to chase boys. Now I leave them in the dust.” To a 12-year-old, it was the coolest shirt of all time, and I wore it with pride, my total indifference to running itself be damned.

It wasn’t until the following year that I realized nearly all the other girls on the team got all three items every year, bankrolled by their parents. When I asked my own mother to purchase the whole set for me, she crushed my preteen athleisure dreams swiftly and without remorse. “You already have a team t-shirt,” she said. “You have plenty of sweatshirts. And you never wear sweatpants. I’m not spending $100 on all that stuff. If you want them, you can use your own money.”

I’m sure I whined and begged for a few minutes more, but she held firm, and I was unwilling to part with my own money. The deadline for ordering the coveted swag passed me by.

I stood out like a sore thumb in the homecoming parade that year as the only girl on the team in last year’s shirt, blue-clad and pouting in a sea of yellow (emblazoned, if memory serves, with a butchered, team-ified version of Tom Petty’s “Running Down a Dream”). I spent at least three whole minutes feeling like an irredeemable loser whose mother didn’t love her, but my pity party ended as soon as we started running formations, laughing and shrieking and basking in the attention of the parade onlookers that lined Lake Street, all of whom didn’t care that my shirt was a different color. I have no memory of resenting my mother after that day, and I didn’t even bother asking for the swag the following year.

Over 15 years later, I can see that my mother gave me an incredible gift that day. She forced me to confront my feelings about my own money in a way that continues to shape my spending habits and taught me several valuable lessons:

1. If you are able to throw money at a problem but unwilling to do so, it’s probably not a real problem.

That yellow Tom Petty shirt was probably $20. I had an allowance and some babysitting income at that age. I definitely could have fronted the money and saved myself the “so last season” shame, but I didn’t. In spite of my begging, none of the swag was truly important to me. I didn’t want the latest and greatest and matching-est badly enough to spend $20 on it. Now, I can measure my true feelings about something based on my willingness to spend money on it. If I’m hesitant to spend an affordable amount, I reevaluate how much it really matters to me.

2. Spend your money on things that matter to you. Don’t spend money just because you can.

There is no doubt in my mind that my parents’ ability to afford $100 worth of cross country swag was not the issue. (If that were the case, this would be an entirely different article.) My mom just didn’t want to pony up for something she knew I didn’t need or really even want. There’s no denying that I grew up in a privileged household, but it didn’t manifest in my parents just buying me anything I wanted. By indirectly forcing me to decide whether or not that shirt was worth $20 to me, my mother taught me my first lesson in financial priorities.

Now, as an adult, I’m pretty discerning about what I’m willing to spend my money on. For example, I absolutely love dresses. I feel great in them, wear them almost daily, and will invest over $100 in a lovely one that I know I’ll get a lot of use out of. But I couldn’t care less about purses. I carry a $15 TJ Maxx cross-body that goes with everything even though I could afford something much pricier and fancier. I pony up for the things I really like and value and pinch pennies on stuff that matters less to me.

My final year on the team, I was in the same French class as one of the older girls. The day after the seniors handed out that year’s swag, she wore her entire kit to school: t-shirt, hoodie, sweatpants. I distinctly remember registering her get-up during class and realizing, in a more meaningful way, that I really didn’t want it for myself. Don’t get me wrong: she looked sporty and adorable and comfortable. But it wasn’t a look I wanted. And I felt a strange sense of peace when I let go of my desire for it. (It would be many more years before I realized my mother was the reason I got to learn this lesson at all, but I did eventually give her due credit.)

As illustrated by my parade anecdote, the fact that everyone but me had that yellow shirt was not, ultimately, a crushing blow to my pre-teen social status. I didn’t even get admonished by a snooty team captain for disrupting our cohesive look at the parade. I doubt any of my teammates really cared that my shirt from last year, and I guarantee none of them noticed my lack of sweats. I’ve learned in my adulthood that literally no one is paying as much attention to you as you think they are. No one cares that I don’t have an iPhone or a designer purse and that my car is over 15 years old. There may be other parts of the country where this is a bigger deal, but in my own life, I’ve learned over and over that it just doesn’t matter.

The funny thing is, in spite of the fact that I quit the cross country team when I was 14, I still have that blue shirt. It’s well over 15 years old now, with at least two holes in it, and yet… I keep it. It’s my only souvenir from my days as a scrawny, bumbling, mediocre cross country runner. It’s a reminder of the incredible gift my mom gave me the day she refused to buy its successor. She taught me how to be discerning with my money and how to assess what I really, truly want. She forced me to confront my own feelings about money in a way that has shaped my spending habits well into adulthood.

Also, the shirt still fits. And if you think I don’t wear that ancient cotton testament to early-aughts MySpace quips on the regular… you’re wrong.