Everything You Need To Know About Domestic Partnerships 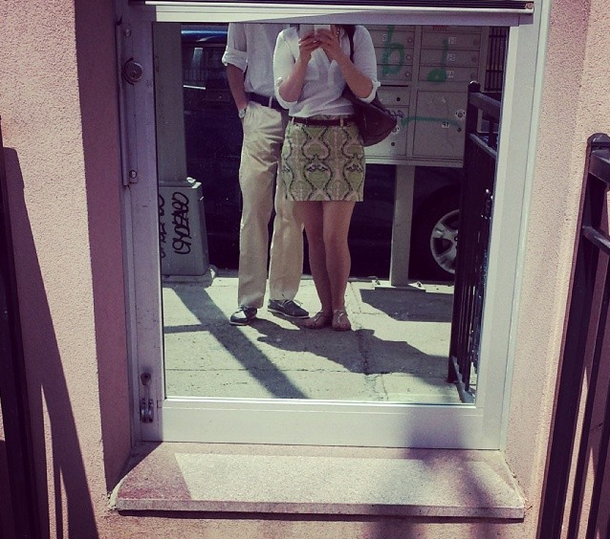 Though I often refer to him as my boyfriend — both here and IRL — Marc is technically my Domestic Partner. We did it at the end of last year, and even though we’ve technically been in this new relationship status for several months now, I feel 100 percent the same as I did before: He is just My Person, I call him my boyfriend, and I don’t usually get into the specifics with new people, because it’s hard to explain. “Are you married?” “Is it like a civil union?” “Will you have to divorce?”

The truth is, though, that aside from my mother’s disappointment (she takes it as a deep and personal slight that she wasn’t there to throw a Domestic Partnership Party down at city hall for the two of us), it’s been a great experience. Simply put, when I was leaving my job at the end of last year to go full-time on TFD, I knew that insurance was going to be a big question mark. On top of the other, out-of-pocket medical expenses I had planned for the year (yay Invisalign!), I would need decent coverage that wouldn’t leave me in debt for anything more severe than five stitches’ worth of injury. So it made sense to get on Marc’s relatively robust insurance, which is what we decided to do.

Initially, we thought that this would require being married, but in New York (as well as many other states, which you can find here), all you need is the Domestic Partnership. It’s less binding than even a civil union, and from our perspective, required a few hours at the City Clerk’s office, where we paid the highly manageable sum of 35 dollars and signed a few papers.

To end the Partnership, we’ll just need to head down to the same office and sign a few new papers. (As a bonus, when you go do it, you get to see all the adorable brides and wedding parties there to get their legal marriage done. It’s actually a great way to spend an afternoon, in my opinion.)

But many people balk at these un-marriage options, either because they want to get married outright and feel that this will somehow dissuade or delay the process, or because they are afraid of even the smallest level of state-sponsored commitment. For the latter, I can promise you that Domestic Partnerships are by far the most unobtrusive and simple process you can engage in that is in any way legally binding. It changes literally nothing about your day-to-day life, except making a few logistical things easier, and considering that breakups in general are a super painful and complicated process (usually), the easiest part about it would likely be dropping off some paperwork at an office downtown.

As for people who think it will in some way throw a potential future wedding off the rails, I can assure that this small formality does nothing to dampen the desire you might have to one day wed your loved one ~for real~. We very much still look forward to getting married, at a point in the future when our professional, logistical, and financial situations are in the right place, and we both feel ready as individuals to make that commitment (and ask our families and friends to fly across oceans). It’s still something we think and talk about with excitement and imagination, and the only thing our Partnership has done is make some of the details of daily life easier, so that we might reach that point of readiness even faster. A wedding and marriage is an incredibly special thing — the uniting of families, the celebrating of your love, the promising of a lifetime — and small legal unions are nothing in the face of that. It doesn’t feel like Diet Marriage, it just feels like A Paper That Lets My Insurance Be Affordable.

And if something like that sounds good to you, I encourage you to look into it. Because relationships don’t have to be all or nothing; there are plenty of small steps along the way that can help make life easier, so you can focus on the stuff that really matters. Like your happiness.