Exactly How I Made $3,500 Airbnbing My Apartment Last Year 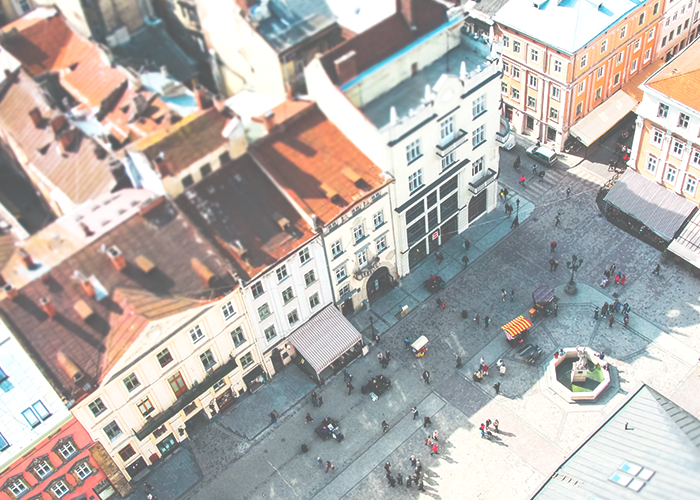 My stint as an Airbnb host lasted about two and a half months. I took it on as a side hustle because I wanted something that had the potential to cover a lot of my rent. My plan was always to use this solution in the short term, while applying for other jobs (because I had just quit my full-time job). Of all the ways to make money off your apartment, I would say this one is the most time consuming, but has the highest pay out.

There are many different kinds of Airbnb hosts. Some people have two homes, and rent one out for half of the year. They hire a housekeeper to attend to the place (tidy up, change the sheets, put the keys in the right lockbox) and pay them a share of their earnings. Then there’s the Airbnb hosts who only rent out their apartment or homes when they’re on vacation. They have the potential to make a lot of money back while traveling (and are covering their rent while they’re away). However, if you’re gone for 2 weeks, you need one tenant to stay for a substantial amount of time for it to be worth it.

The problem is someone might request your apartment for 2 days, when you were hoping to rent for 10 days. You can set a “minimum nights stay,” but setting a 10-day minimum discourages some clientele. You could leave the 2 weeks wide open, but you run the risk of someone booking for only 2 days smack in the middle of your trip. Then what do you do? In my case, when I was traveling, my boyfriend went to the house between the smaller stays and tidied for the next guest (and I gave him share of the overall profit.)

For the most part, things ran like clock work while I was away, which is why I think Airbnb is a great solution while traveling. I ran into two small snags. First, I have accepted someone with a three-day reservation and then gotten a request from someone with a seven-day request, and was forced to decline the better request. I have also had someone book for 10 days and then cancel halfway through their stay. As a host you can pick your cancellation policy. The more lax it is, the more appealing you are to tenants, but the less you make when someone jumps ship on your reservation.

In the instance of traveling, a good host leaves the key in a lock box, makes the apartment presentable and leaves a list of things to do, places to shop, spare towels, etc. That’s how you get a great rating without ever meeting your guests and the more ratings you have, the more appealing you are to guests.

Mostly, I rented my apartment while staying in town. This was preferable in my situation because I could maximize earning potential by turning on “Instant Book.” Turning on Instant Book means anyone can check in on the spot, which gets you more reservations, but it also means you can’t say “no” to the reservations, which is risky.

When I had a tenant, I alternated between staying with my boyfriend, and staying with friends in LA. I never stayed with someone for more than three days and bought them dinner out of my Airbnb earnings as a thank you.

Part of the reason I was able to Airbnb was because my building was privately owned, rather than run by a management company. My building manager was a very kind person who was very lenient about what I was doing and I didn’t have many neighbors who would be fussed about this sort of thing. Many renters (especially those whose buildings are run by strict management companies) face the issue of lease parameters. (And I am not advocating for anyone doing things outside of what their lease allows.)

Space isn’t as hard to come by in LA, so I had a nice, clean, open apartment with a view, a decent sized kitchen that was in a relatively convenient location. (I paid $1000/month in rent, but the place was worth more, which is a whole different story.) I posted it at $125/night. Here’s the issue with pricing: You could have an absolutely gorgeous place and it still wouldn’t go for very much because you can get an amazing cottage in Malibu for $100/night. Even if your place is worth $300/night, it wouldn’t be a good idea, in my opinion, to post it at that rate. For me, $125 was a good sweet spot, and I would lower the rate for longer stays. (I posted 7 nights at $700. The only bites I got on the full week were back to back, which meant I was couch surfing for 14 days.) Overall, I made nearly $4,000 by using Airbnb in 2015.

Taxes for Airbnb are just like any contract job. You can fill out a W9 and your earnings are subject to taxes at the end of the year. Typically people recommend freelancers deduct 30% of their paycheck to allot for taxes. I would advise the same for Airbnb earnings. Some host factor tax into their price, especially if their state requires them to pay a local tax. At the end of January, hosts receive a 1099 from Airbnb.

There are many things you can do to ensure that you’re making the most out of your Airbnb hustle. You can adjust the price. You can develop a strategy as to when you’re going to make it available, or charge more on the weekends. (Charging more on the weekends works really well!) You can offer a special rate once a week, take great photos, turn on Instant Book or make your cancellation policy less strict, to attract more people. There is an endless amount of discounts you can offer, that will still make you a good chunk of money.

I only have one Airbnb horror story, and it happened toward the end of my time as a host. The lesson from this is: Do not rent your apartment to someone who is renting the Airbnb for someone else, as opposed to themselves.

I got a reservation from someone trying to book a few nights for his sister and niece. It seemed harmless. I wasn’t there when they checked in, but I left a key. I got a call from the woman an hour later saying she locked herself out and I had to come let her in. I was an hour away across town, but had no choice but to drive back and to let them in. When I got there the woman was noticeably on something and mentioned she had taken a pill prior to her and her daughter moving in, and thus, locked herself out. Feeling pretty uncomfortable, I let them into my apartment. The woman explained the bind her and her daughter were in and it became clear that it just wasn’t a situation I was comfortable having my apartment be part of. I, of course, would never tell a mother and her child (who was grown up, thankfully) that they needed to leave immediately. But I had to make a call to the woman’s brother (who, by the way, lived in China, which was not only adding to the convoluted story, but cost me $10 to make a four minute phone call). Nonetheless, I called the brother and said I was uncomfortable and that they were breaking rules a) with the whole drugs component and b) with the fact that he’d booked an Airbnb for someone other than himself. He was incredibly understanding, and I told him the women could stay until he found them another place to stay. They were gone by the next morning, and I was relieved. Unfortunately, the woman (who’d locked herself out) sent me nasty texts for three days after the fact.

The horror story didn’t turn me off to Airbnb. It wasn’t great, but everything worked out alright. (The two women found housing, the texts subsided.) In the end, for those 2-3 months, I got my rent covered in full and made enough extra money to cover utilities, etc. So, the financial goal was a success. However, the price you pay with Airbnbing your place all the time is that it’s constant effort. You have to be managing reservations, and chatting with potential tenants, and getting your apartment ready for the next guest. It really is a side job, though albeit, an easy one that can make you a lot of money fast. If I were to have another place that was conducive to Airbnbing (and allowed it within the lease), I would definitely take advantage whenever I left town.