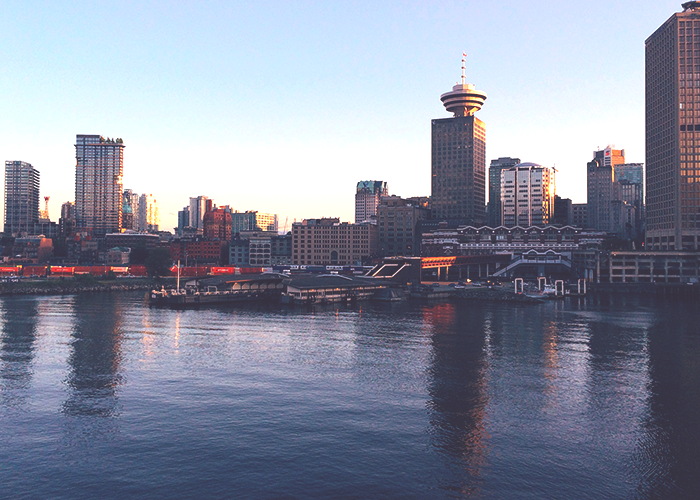 I graduated college in December 2011 with $25,000 ($18,829.56 USD) of student loans. With a great deal of luck and a little bit of sacrifice, I landed a great job in the events industry, moved into my parents’ basement in suburban Ottawa, and paid off my debt in under two years. It’s one of my proudest accomplishments. In 2013, I moved into a tiny apartment with a friend and continued building those financial habits — we sometimes spoiled ourselves by having a fully stocked home bar, and yes, we took an annual vacation down south, but we usually did it on the cheap, and it was always to volunteer for something. By the end of 2015, I had a small retirement savings, no debt, and $5,000 ($3,765.91 USD) saved up for two long-held dreams: taking a road trip across the U.S.

, and moving to the west coast.

On January 2 of 2016, I got in my car and embarked on a month-long road trip through the U.S. The itinerary was excruciatingly detailed and allowed me to craft a truly remarkable budget. I stayed with friends in most cities (thank you, volunteer work!), and when I didn’t know anyone, I stayed in cheap prepaid hostel dorms and a few select hotel nights, thanks to my mom’s Marriott Associate rate. I had a friend split gas with me for one leg of the trip, and we totally splurged on unique sightseeing, regional cuisine, and craft cocktails. After a total of twenty states, the trip came out right on budget.

Upon arrival in Vancouver, I crashed my newly enlightened and totally blissed out self on a friend’s couch for three nights while I found an apartment. At $850/month ($640.20 USD), I assumed my shoebox-sized suite would fit snugly into my budget once I had a “real” job. There was street parking in the adorable neighborhood of Mount Pleasant, and the rent included utilities, onsite laundry, and even Wi-Fi. After moving in, I found a retail job across the street to help pay the bills while I looked for a job in my field. It’s an adorable boutique, but it’s pretty standard for retail: roughly 30 hours/week, $11/hour ($8.29 USD).

A large chunk of my road trip savings was designed to help get my ducks in a row in Vancouver. I bought a new bed, a used bike, a rain jacket, and immediately became familiar with the bars and restaurants in my ‘hood. I was working full-time and sending out plenty of job applications, so I felt comfortable maintaining the same lifestyle I had in Ottawa — except I was making less than half the money.

My “real” job never materialized, so when my savings ran out, and I suddenly started racking up credit card debt, my lifestyle came to a screeching halt. It looks like I’ll finish 2016 with a total income of $17,000 ($12,803.37 USD). Here are the four biggest changes I made.

1. I stopped buying books and got a library card.

This one’s pretty self-explanatory, but for real, books used to be a huge expense for me. I love books and I’m a quick reader. I try to read thirty books every year, which would have added up to hundreds of dollars in the past. Now that I can’t afford new books, I was able to do the unthinkable: finish my to-read pile, and actually start using the library! Since joining the Vancouver Public Library, reading has become my number one free hobby. I’ve discovered different authors and genres and I’m on track to finish set a new personal best by finishing over forty books this year!

2. I take advantage of nature.

My job in Ottawa was great, but I worked long hours, commuted by car, and hardly ever spent time outdoors (standing in the hot sun in business attire for weddings and golf tournaments doesn’t exactly count). Part of Vancouver’s appeal in the first place was its great weather and outdoor spaces. Not only do I read just about every day, but I do so in parks, at beaches, and on mountains. I go on hikes and watch sunsets and walk the Seawall. I ride my bike to the library for more books. Being outside makes me feel healthy and centered, and like I’m accomplishing something with my days off, even though I have exactly zero dollars to spend. (It’s also great Instagram fodder.)

3. I changed my recreational substance of choice.

This one’s going to be contentious, but hey, it’s Vancouver. I took advanced of the city’s legal grey area, got a medical marijuana card, started smoking pot, and have pretty much stopped paying for alcohol altogether. The price difference is staggering: my previous home bar notwithstanding, I was used to paying $15 ($11.30 USD) for a bottle of wine or a 6-pack of beer, and drinking the whole thing over the course of a couple days or a trip to the beach. Now, I spend $10-12 ($7.53-S9.04 USD) on a gram of weed that will generally last me a few weeks, and is way more effective. I haven’t given up drinking entirely, but most of my drinks are generally paid for by Tinder dates now.

4. I automate my savings and bill payments.

This is a habit that’s stuck around from my flush-with-cash days: by automating everything I can, I have fewer digits in my checking account to fool me into thinking everything’s magically okay. In true TFD style, I pay myself first: even before my rent check is cashed, I have an automatic transfer of $125 ($94.13 USD) from each paycheck, alternating between my RRSP (Registered Retirement Savings Plan) and TFSA (Tax-Free Savings Account). My TFSA likely won’t provide any benefit on my taxes this year, because the balance stays so small, but it’s nice to have a little chunk of money saved somewhere for traveling (I withdraw this money and put it toward my credit cards after I get home).

My RRSP deposits are a good habit that help me feel better about my financial situation: despite being broke and still working to pay off my credit card debt, my overall wealth is in the black thanks to my retirement savings. Most of my automated bills are on credit cards, which definitely isn’t great for my debt, but does prevent me from encountering overdraft fees and helps accumulate points that I redeem for cash back. Additionally, limiting the activity in my checking account allowed me to downgrade to a basic banking plan and save on monthly fees (every little bit helps).

It’s embarrassing to see my credit card debt and know exactly how I got there (curse rainy days for forcing me into adorable cafes on my lunch breaks instead of the bench outside with my granola bar). It’s frustrating to job hunt for 10 months and still have the same job I had in high school. But it’s comforting to look around and know that I’m making the best of the hand I’ve been dealt. It could also be much worse: I’m an able-bodied, neurotypical white cisgender woman without any dependents. Living on the #westcoastbestcoast is a dream come true, and we all make it work somehow.

Megan never thought she’d get paid to write. She thought that perhaps she could, and she knew others who did, and she assumed that if Snooki could write a New York Times Bestseller, maybe it wasn’t such a lofty dream. She has already tried selling homemade crystal jewelry so freelance writing is next on her #sidehustle checklist. Megan lives in Vancouver, BC and is moving to Victoria in 2017 to save on car insurance.