Exactly How Much Money It Cost Me To Leave My Fiancé 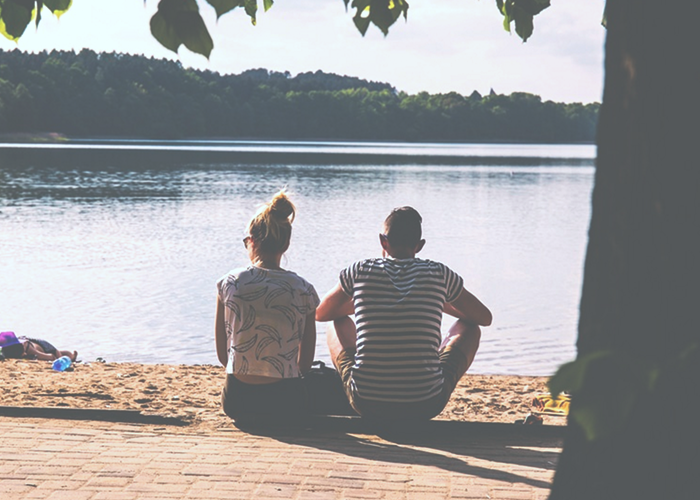 One thing people never tell you about relationships is how nothing ever happens all at once. You fall in love in little pieces, you fall out of love in little pieces, and people that seem wonderful and loving can slowly become toxic and even abusive in little, tiny steps. Most of the time, when something bad is happening in your relationship, you don’t notice until it’s too late. And when something good is happening, you often can’t appreciate it in the moment. The paradox of sharing your life every day with someone — especially when you live with them — is that it can be almost impossible to notice what’s really happening on a day-to-day basis. It’s so easy to base the person you think they are today off of the person they were yesterday, or even a year ago. And there are times when you don’t realize you are with someone who is emotionally abusive until you are already engaged to them.

My fiancé Jacob* started out in many ways as the perfect boyfriend: he was attentive, loving, thoughtful, and smart. He had a STEM job that paid well and created a huge sense of stability, but he loved literature and poetry and jazz concerts. He was a renaissance man in my eyes, and in the eyes of all my friends. He was the tall, handsome man who was coming to save me from my irresponsible, flighty life. He brought so much to the relationship, and even though I was better looking than him physically, that was the only thing I felt I “had on him.” He felt out of my league in every other way, and from the beginning, I felt lucky to be with him in a way he never felt with me.

Our relationship was very good for the first two years, and even though his sense of humor was always very dry and in some ways mocking, it never struck me as mean-spirited. He would make comments from time to time about being “out of my league” or that he was “showing me around town,” but I took that to be affectionate, as weird as it may seem. And his control over the money and our big decisions seemed sensible, since he earned twice as much as me and had always been much more responsible. When he asked me to move in with him into his two-bedroom apartment on our two-year anniversary, I was beyond ecstatic.

But once we were living together, things started to get much more uncomfortable. Our pithy arguments would turn into full-on yelling matches, his little comments would turn into full-on digs that I couldn’t mistake for affection anymore, and his overall demeanor became one of suspicion and frustration. He agreed to see my friends less and less, and insisted I see his more and more. He would text and call me constantly when I was out with my friends, and on several occasions made up “emergencies” that turned out to be not-urgent, so that I would leave whatever I was doing and come home in a rush. Once, I even left a girl’s retreat in Providence to celebrate a close friend finishing law school two days early because he was having a “breakdown” over a fight with his parents. (He turned out to be mostly fine, and we just ordered in Szechuan and watched Coen brothers movies.)

There were a lot of signs like this, and listing them all like this you would think that I was a fragile idiot for not calling it off at that point. But there were many things about him I truly loved, and any time he was a callous asshole he immediately followed it by being the sweetest, most caring and charming person he knew how to be. Obviously I know now that these are textbook patterns, and I feel silly for having fallen into them, but our lives were also deeply intertwined (including financially, which I will get to shortly).

One day, though, after our biggest fight to that point, he surprised me at work with two dozen peonies and tickets to a vacation in Portugal that we were going to take two weeks from then. He had even organized with my boss to get me a few surprise vacation days for the occasion. Of course, I let myself be whisked away, and when he proposed to me in a secluded corner a rooftop bar overlooking Lisbon, I cried and melted and felt overwhelmed with joy, just as anyone probably does who isn’t in a toxic relationship. For the next few weeks, and certainly for the rest of our trip, it wiped away everything negative. But within a month of being back in New York, it was very clear that the relationship was not going to work. I had to extricate myself from his life, and call off an engagement that I’d only just breathlessly announced. It took me six months to finally do it, and it was the most excruciating thing I’ve done.

But it required that planning, because it was a huge financial undertaking. I had to line up enough savings to move, have a deposit on an apartment, and the first month’s rent (that was about $4,000 for a bedroom in a place in Brooklyn, which I saved up mostly through secretly babysitting on top of my regular job). I needed new furniture, enough to pay movers to do the job quickly because I knew as soon as he knew, he would explode. (That was nearly $500.) I organized to have everything happen while he was at work, and I would have the conversation with him when he came home and all my stuff was already gone. Then I would take a trip to go see my parents and tell them in person ($300 for a round-trip ticket), and stay with them for a few days to recoup and just be taken care of. Then, out of principle and to avoid harassment, I wanted to pay him for my share of the vacation, which I never should have gone on, which was $2,000.

In total, it cost me about $7,000 to extricate myself from the relationship, which was half of my emergency fund and all the money I could earn in discreet side hustles during that time. And I also had to do the humiliating work of letting everyone from my boss to our mutual friends know that the engagement was off, and that he may end up lashing out in certain ways. He had to be escorted from my office when he was showing up to yell at me in the middle of the work day, and he managed to destroy my relationship with several mutual friends I cherished by convincing them of terrible things about me. Even with all the humbling groundwork I had to lay, it wasn’t enough.

And I was lucky, because I didn’t fear for my safety or my life in the way many people in abusive relationships do, and I also had a stable enough income that saving to escape was still a possibility. And I could have moved home with my parents in the worst-case scenario, even if it would have cost me my job. I was privileged, and it was still a huge, huge financial hit. So never again in my life will I judge someone for staying in a relationship that seems terrible, because I don’t know the whole story. And neither do you.

Kat prefers to use pen names.*