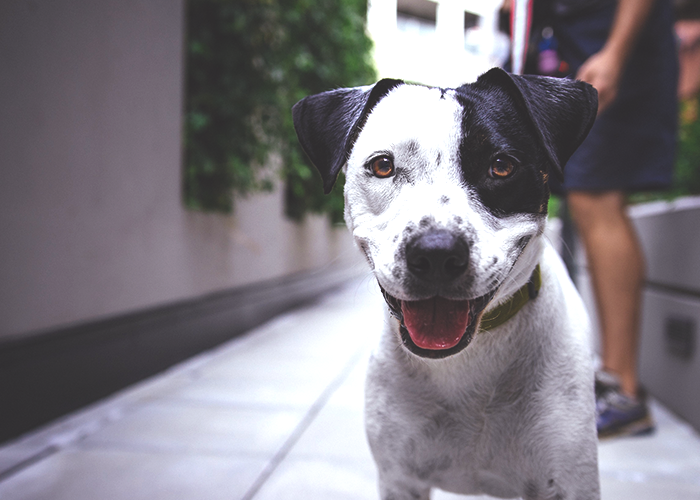 To this day, one of my most popular blog posts is the one where I broke down how much it cost to have a dog every month. So, of course, when I hit the one-year mark of tracking my spending, I couldn’t wait to take a look and see if my calculations, which were based on six months of data, held up over the year.

Before I dig into the details, let’s get one thing straight: I would have literally no idea how much it cost to have a dog for a year if I hadn’t been tracking my spending.

The First Step: Tracking My Spending

On a whim last year (and okay, in an attempt to come up with things to write about on the blog), I started tracking my spending as part of a monthly challenge. I kicked things off in September 2015 with a really simple spreadsheet to track my spending, my income, and my savings. It also served as a really great way to see how far I was from hitting my 50% savings goal in real life.

As of this September 1, 2016, I’ve officially got spreadsheets detailing my spending on everything for an entire year, since I kept the challenge going well past that first month. So I did what any personal finance nerd would do, and tallied up my spending on different things to share with you.

Dogs come in a variety of different shapes and sizes, which is fantastic — but let’s be real, that also impacts how much they cost. To give you some context on my particular dog, who I can say without any bias at all is the best dog, here are his trading-card stats.

Those factors (size, age and breed) will account for a good chunk of the variation in how much a dog costs to own for a year. Another good chunk of the cost variation comes down to how much self-control you have about buying your sweet puppy all the dog toys. (Let’s just say I’m working on that one.)

So How Much Did It Cost To Have a Dog For a Year?

Even before I started tracking my spending, I referred to The Dog as my “luxury dog,” because when a surprise trip to the vet to fix up a cut paw costs you as much as a pair of Louboutins, you are in luxury territory. Luckily, we had no such emergency vet visits this year, but even without any major unexpected expenses, it cost me $1619.59 ($1199.83 USD) to have a dog this year — excluding my contributions to The Dog’s emergency fund. If you include my contributions to building up that emergency savings account, which rang in at $1762.64 ($1305.80 USD), the grand total cost jumps to $3382.23 ($2505.63 USD). AKA, more than I spent on my used car this year.

However, in reassuring news, I’m one automated payment away from fully funding The Dog’s emergency fund, and in a true worst-case scenario, I now know that his emergency fund could cover a full year’s worth of regular expenses, with money to spare. That’s reassuring, which is literally the only feeling you want your emergency fund to give you.

Here are some of the most notable chunks of my dog-related expenses, so you can see all the factors that go into making dog ownership the luxury proposition it really is.

We take The Dog to the vet twice a year: once in the fall for his annual vaccinations and check-up, and once in the spring to get him his summer anti-bug meds. This is the table-stakes level of vet care that any dog will need every year, and we’re lucky that this was the extent of our vetting needs this year (again, that cut paw cost me so much money).

Our first year of dog insurance with PetPlan costs us a grand total of $316.25 ($234.29 USD), and as I’ve written before, I’ve waffled on the issue of pet insurance. The only reason we got it is that PetPlan offers exactly what we want: true, emergency coverage with a high deductible and high coverage limits, so if there’s another cut-paw situation, we’re covered.

Everything you’ve heard about pet insurance being kind of sketchy and evasive about coverage is true, so we’re not relying on the coverage for any routine care or expected issues — but if The Dog decides today is a good day to eat a sock, that’s the kind of unforeseen issue our policy would cover. I know, because I read the ten pages of terms really closely.

This is a really variable expense for dog owners, because there are a lot of factors that will impact your dog-food budget. For us, the size of The Dog means he eats way more than a tiny dog would, and after we were told his teeth were basically the worst, we switched one of his two meals to the fancy, vet-recommended dental diet. The other meal is still our standard Costco dog food, which gets surprisingly great reviews and is really easy on our budget, but there’s only so much you can do to offset the fancy vet food.

Even though I’ve drastically cut down on our dog-toy budget, because I finally realized that The Dog is perfectly content with one bone, one squeaky ball and a few Kongs, that doesn’t mean our “supply” budget has gone down all that much. This year we replaced The Dog’s collar, bought him a new harness, invested in a sturdy new dog bed for his crate, and went a little nuts on the tooth-cleaning supplies after his November checkup, where we were told how much it costs to have a dog’s teeth professionally cleaned. The contrast made our $56 ($41.49 USD) spent on doggie toothbrushes, toothpaste and dental chews seem like a bargain.

But as I learned when The Dog sliced open his paw at the dog park that one time, there’s only so much predicting you can do when it comes to the true costs of pet ownership. Which is why I’ve just renewed The Dog’s insurance policy for another year. Cross your fingers for me, friends.