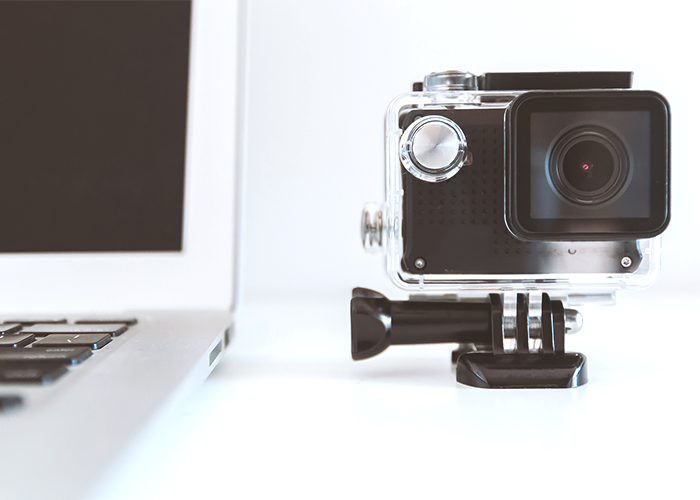 Filmmaking is expensive. Even the cheapest, easiest production in the world is riddled with costs for things you can never truly anticipate until you’re actually on set, and it only gets harder when you’re on your own. I’m one of the idiots trying to make and release content without the support or funds from a production company or a cable network. Hi, my name is Bri Castellini, and I’m an independent filmmaker with over $80,000 in student debt.

Since 2015, I have produced two seasons of my award-winning web series Brains, two spin-off “extended universe” projects (a mini-series and a short film) from that series, a short film, and several other web series and film projects that were written by friends and collaborators. As expected, this productivity did not come cheap.

Today, I want to talk about the first season of Brains, my first film project, and take you through where the minimal amounts of money I had for my no-budget show went. At the time of production, I was an assistant manager at a coffee shop in TriBeCa, making $14 an hour, while also in my first year of graduate school.

In the green column of the budget, I had only one source of funds — the IndieGoGo campaign we ran between filming the pilot and the nine other episodes of that season. According to the campaign itself, we raised $1,015 of the arbitrary $3,000 goal we set. In actuality, we’d made $923.65, after Paypal and IndieGoGo took their fees. Pro tip: the fees on IndieGoGo are lower if you reach your goal. Had I known this at the time, I would have donated the remaining amount before time was up, since it was all coming straight back to me anyways. At some point during production, my grandfather sent me $100 as a gift, so I added that to the IndieGoGo funds, making our working budget $1,023.65, i.e. definitely not enough money.

Because I’d never run a crowdfunding campaign before, I made the most amateur of mistakes: I didn’t calculate the costs of the actual perks before setting their prices on the campaign. For instance, we charged $35 for the “official poster” perk and made about $200 dollars from it, but we actually spent $392.95 printing and shipping those posters, which is a pretty dramatic net loss. Not an ideal situation.

This is where most of our money went that first season. Because we’re in New York City, no cast or crew had a car, meaning that we relied entirely on taxis and public transportation to get us to and from set. It got complicated when we had to drag giant props and other materials to and from our apartments, and because filming is exhausting, we’d treat ourselves to a cab ride after a hard day instead of braving the subway with five giant bags of props and lighting equipment

. I also had to shell out some cash when a key cast or crew member forgot about our shoot and we needed them on set as soon as possible. Season two, after learning all this the hard way, we only spent $41.20 on transportation.

Brains is an apocalypse show, so we also spent a chunk of change on props. $261.66 to be exact, which covered fake guns, a fake machete, handcuffs, lab coats

, binoculars, and outfits for all our zombies, among many other things. This couldn’t be avoided, but during season two, we spent almost nothing on those items, because we already owned them. In this case, and this case only, being a pack rat really paid off.

There were several months between filming the pilot and the rest of the season, and in that time, the actor playing the main love interest, who was also my roommate, dropped out for lots of very dramatic reasons. Because this character was vital to the story, and because we’d already cast every other guy we knew in other parts on the show, we had to shell out $91.70 to woo a new actor. First, $19.95 for a Backstage.com account to post a casting notice, then $24.95 for listing the casting notice. After we got some responses, we needed a professional-looking space for in-person auditions, which ended up costing $46.80. The actor we eventually chose was absolutely worth the unexpected charges, and I want to cast him in everything ever moving forward, but finding him cost us time and almost 1/9 of our total budget.

When I was going over my budget spreadsheet after the season, I organized some of the charges into a category labeled “charges that f***** us without being that helpful.” The $165.65 total included a prop gun that looked too fake to use, a set of mics that weren’t compatible with the rest of our equipment, adapters for those mics that still didn’t make them work, PayPal fees from getting the IndieGoGo money into my account, and another set of prop guns that got delivered to the wrong address, and thus we didn’t actually get to use in the show. You can’t plan for every mistake, but you can do more work beforehand to lessen their impact. Had we researched those mics more fully, for example, we never would have ordered them or the adapters in the first place. Same for the too-fake fake gun.

That first season we were pretty inconsistent about feeding people on set because we genuinely forgot that was a thing you had to do, but even so, we spent $221.23. Sometimes we’d send someone to a nearby fast food chain to pick up actual meals, sometimes we’d just buy water bottles and snacks to have on hand, and at the end of the season, I bought three giant watermelons. Fun fact: hitting a watermelon with a machete and a baseball bat sounds like hitting a human, which we recorded to layer onto the zombie “kills” we’d already filmed.

Because we were a group of nobodies, no one cared that we’d just spent the better part of our summer laboring over a web series. So each week a new episode went live, I spent a little money on Facebook ads to promote them, to varying levels of success. In total, for the first season, I spent $167.86 on Facebook ads.

This cost is one that still sends me reeling. I actually don’t have the actual total amount I’ve spent on film festival submissions, because after a while, it got too depressing to keep track. The number in my spreadsheet, $120.74, is only accurate as of November 2015, but since then, I’ve probably spent twice that, because the only way to raise your show’s profile is to get accepted into film festivals, and the only way to get accepted into film festivals is to spend a bunch of money submitting your show to them for the possibility of selection.

As of November 2015, I was $948 over budget. Since then, taking into account my being over $1500 in the red from season 2 and the exorbitant film festival costs I’m still accruing, it’s safe to say that from a financial perspective, producing a web series is more expensive than setting your money on fire. In the future, my best case scenario is breaking even. And I still wouldn’t want to be doing anything else.

Bri Castellini is a writer and an award-winning filmmaker based in New York City, and the Community Liaison for Stareable.com, a hub for web series. Between producing her own web series, she can most commonly be found writing filmmaker resource articles for Stareable’s blog. Follow her on Twitter here.