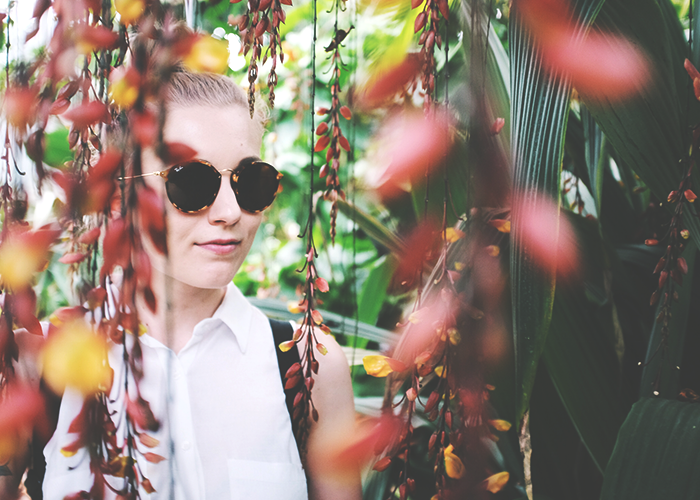 Who doesn’t love side hustles? Millennials are the side hustle generation, thanks to wage stagnation and the Great Recession. They give us breathing room in our budget, allow us to pay down debt, build our savings, or even just make rent on time.

Here’s a fun fact about me: I’ve never held a traditional job. I have never worked a 9-5. I’ve never been salaried, or even a full-time employee. My post-college career has exclusively consisted of internships, both paid and unpaid, and side hustles. I’ve worked as a social media manager, a caterer, a gym receptionist, a waitress, a nanny, a high school lacrosse coach, a van driver, a content research manager, a non-profit Development Director, and a freelancer writer. At my peak, I worked five jobs at the same time. Right now, I work three jobs: freelance writing, CEO of bravely, and catering.

While side hustles have been my life since I was 23, they didn’t always work for me. I needed to learn how to use money as a tool before I could do anything with it. That lesson smacked me in the face when I was 26, making $900 a month, and carrying tens of thousands in student loan debt. I didn’t make over $30,000 until 2015.

In 2014, I realized that if I didn’t change what I was doing, I would stay in that low-income cycle forever. I would carry my debt until I died. I would never make more than $20,000 a year. That thought scared me to my core, and I freaked out. My situation was atypical — it wasn’t simply a matter of re-routing money I was already earning. It wasn’t a matter of cutting back on my over the top spending. It was a matter of making more money, and using my money to make my life better.

I changed nearly everything in my life in pursuit of becoming debt-free and beginning to build wealth for myself. The thing that had the most impact was the way I used my side hustles. Instead of seeing my lack of a 9-5 as a failure, I saw it as an opportunity. My flexible schedule meant I could work different jobs at any time, and in any industry I wanted. I could work over time, and I could work as much as I wanted.

Realizing that, the first thing I did was ask for a raise at my catering job. When I had my financial awakening (or crisis, whatever), it was July 2014. I was working about 18 hours a week as a receptionist and caterer. I’d been catering for nine months, and hadn’t received a single raise. I asked for $1 more via email, and got it. That immediately impacted my finances. The second thing I did was set out to find more work. By September, I had picked up a part-time job at a new non-profit. I worked ten hours a week for them at $11 an hour. I also started working way more for my catering company. My new average was about 32 hours a week across three jobs.

By January of 2015, I’d paid off $2,000 worth of debt. I knew I needed to keep increasing my income to keep paying off the debt fast. I replied to an ad on Craigslist looking for social media help, and picked up 10 hours a month at $12 an hour as a freelancer. That January, I was also promoted at my catering company. I was made an event lead, which lead to a $2.50 raise, and more responsibility. Spring is a busy time for catering, so I was thrilled to get the raise. I knew a lot of hours would be coming my way starting in March. My new pay raise meant more debt to pay off.

January 2015 was also the month I got my first paid writing assignment. I made $10 off an article for Red Debted Stepchild, which was picked up by Rockstar Finance, and generated a lot of views for the site. I used that information to pitch myself as a staff writer to Cat Alford, the then-owner of the site. She hired me for two articles a month at $12.50.

I started blogging about my debt payoff journey, and wrote more freelance articles for pay. The checks were small, but every bit helped. In February, I started working as a lacrosse coach. I was paid a stipend of $5,000 for three and a half months of work. At this point, I was working five jobs: catering, coaching, writing, social media management, and working for the non-profit.

I regularly worked seven days a week, and I was exhausted all the time. But my income had risen dramatically. I had months where I paid off $4,000 in student loan debt. All my side hustles allowed me to pay thousands of dollars towards my debt each month. It felt incredible to watch the balance drop quickly.

On June 5th, 2015 I made my last debt payment. Less than a year from the lowest point in my life, I had paid off all my debt and more than doubled my income. Thanks to side hustles, I broke free of my low-income cycle. I kept working four jobs through the end of 2015, and was able to save $5,500 in my IRA account. That was the first serious money I had ever put away for the future, and it felt amazing. I finally felt like I was standing in a place of financial security.

I still cater for two reasons: the paycheck comes every two weeks, and I use the money for savings. Some of my freelance paychecks come 30-40 days after I invoice the clients. With such a long time between doing the work and getting paid, saving is sometimes a challenge. My catering income allows me to sock money away for travel and retirement every two weeks.

My finances are looking good, but my new focus is retirement savings. I’d like to have $50,000 saved by the time I’m 32, which will be a stretch. Catering allows me to contribute to those savings at a regular rate.

Side hustles changed my financial life. They continue to help me achieve financial milestones at a faster rate than I would without them. Tell me what your side hustle is, and how it’s changed your financial life!