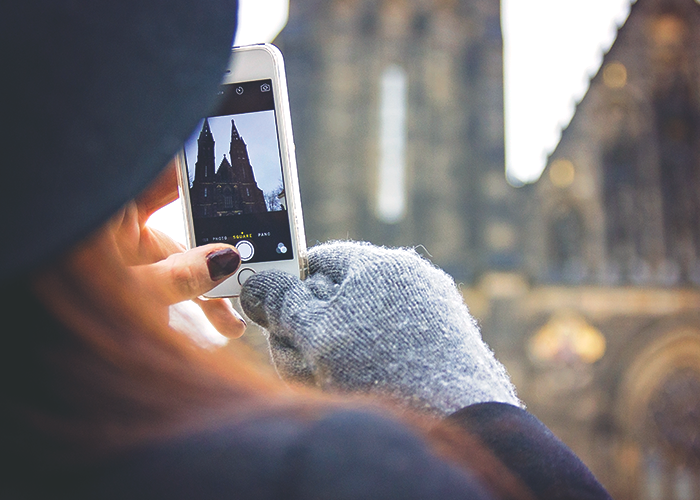 One day after our college graduation, my roommate and I took off to Europe for six weeks. We couldn’t have been more excited — we’d been saving for the entire year to make this trip happen. In just over six weeks, we’d planned to make it to 15 countries, stretching from the Czech Republic to Ireland. We went through highs and lows on the budget front. We started out feeling good about our savings, and then panicked two weeks in when we were going through money faster than we’d expected. We had to adjust, and slow down our spending, so that we could support ourselves until our flight home, and not return home with cleaned out bank accounts.

On the whole, we were as frugal as we could reasonably be; we booked flights in advance, found inexpensive lodgings, and didn’t go out often. We strategized on the expenses we wanted to minimize as much as possible, and the ones we thought were worth the extra cash. Here is the entire breakdown of our trip — where we saved, where we splurged, and where we overspent:

From the moment we started planning our trip, we knew that where we stayed wasn’t going to be too important to us. At a different time in our lives, the experience of a fancy Paris hotel might be appealing, but it wasn’t in our budget as 22-year-olds. In almost every city, we went for the cheapest, most accessible hostel (that was still safe). The main priority was convenience — proximity to the city center, in most cases — to make sure we didn’t waste money on unnecessary transportation.

In Prague and Budapest, those hostels were as cheap as $14/night, including free breakfast. In Rome, Vienna and Berlin, hostels crept up to $30/night, especially on weekends. Some cities, however, were just not as cheap in terms of lodging. During peak tourist season, Paris and London ran on the expensive side. In both cities, we went for a $50 Airbnb. While we still found a reasonable option, thanks to planning ahead, visiting major tourist cities in their busiest season was a bit of a spending trap. Looking back, I would say visiting these cities drove our costs up, and it would’ve been better to go in the off-season.

Our first two stops were Prague and Budapest, the only two cities on our itinerary not using the euro or the pound. We took advantage of the exchange rate to have a few nicer nights out at a price point we could actually afford. We had an amazing meal in Budapest with an entrée and two glasses of wine for $12 each. When we got to our next stop (Vienna), we definitely missed the koruna and forint.

We planned our meals based on where we were most excited about the food. In Vienna and Berlin, for example, the food wasn’t the main draw (no offense to schnitzel!). So in those cities, we stuck to the grocery store.

In France, on the other hand, the food was important to us. But the foods we were excited about were French staples: street-stand crepes, fresh bread, and Camembert from the grocery store. We decided to save the fancy French dinner for another trip, when we can hopefully enjoy it without guilt.

When we did splurge on food, I felt like it was well-deserved. In Mykonos, it was worth it to go to actual restaurants, since we rarely make souvlaki or grilled eggplant with feta at home. We supplemented our splurges of restaurant meals with greek yogurt and €3 gyros when we felt like we were spending too much. I don’t regret a single one of those meals because we knew it was what we wanted beforehand, and we planned for the expense.

Because we were traveling just the two of us, nightlife wasn’t a big priority. We had the occasional drink – a glass of wine in France or an Aperol spritz in Italy, but nightlife costs add up so quickly, so we decided early on that it wasn’t what we wanted to spend our money on. We only went out when we agreed it was something we wanted to do in that particular place – like in Mykonos – or when we overlapped with other friends and were part of a bigger group, which happened in Barcelona and Dublin.

For our initial flight to Europe, we flew Aeroflot, a Russian airline, from New York to Prague via Moscow. The tickets were much cheaper than any better-known airline, and it was a great flight. However, my flight home was unnecessarily costly. I didn’t book my return flight until I was already abroad, so one-way was around $600. It would’ve been helpful to book that in advance.

Some people go to Europe with an open-ended train ticket and just get on whichever train is free that day. I’m not quite laid back enough for that, so we booked our trains in advance too, but still went for the options that didn’t require an extra fee on top of a train pass.

The biggest splurge of our trip was adding Greece to the itinerary. It was out of the way, and required an extra flight we would have liked to avoid. We ended up paying $70-$80 each way to fly to Mykonos. While it was worth the detour, it was also $160 we were very hesitant about spending. For some of us, when we’re abroad, we’re so wrapped up in the “but we’re in Europe” mentality that it’s hard to stop and realize that there will be a next time, especially because we don’t know when the next time will be. For the most part, we did our best to not fall into that mentality, but it got the best of us occasionally.

We avoided entry fees as much as possible. We only went to free museums or ones with good deals on student tickets. Most of the things we wanted to see were free, at least from the outside: Roman ruins, monuments, the Parliament building in Budapest, architecture in Prague, and beaches in Greece and the South of France. We even accidentally rode the London Eye for free after getting in the wrong entry line. (Sorry, U.K.!)

Besides a few obligatory purchases for family, neither of us bought souvenirs while we were traveling. We had to keep our suitcases under the 10 or 15-kilogram limits for budget airlines, and that helped keep us in check when considering a purchase. I bought a postcard in every city, and those postcards are now decorating my bedroom in Texas.

Traveling with a partner

Part of traveling with your friends means doing things they want to do, and vice versa. We overlapped with the 1989 World Tour in Amsterdam, and I convinced my friend to get tickets day of. I’d been keeping an eye on the show since we finalized our itinerary, and prices even went down the day of! It was a ridiculous last-minute purchase, and I have to admit that it was my one big overspend that I would not do again. My travel buddy was less into Taylor Swift than me, but agreed to go because she is an amazing friend. I also spent money on a few things she wanted to do that I wouldn’t have chosen on my own, like a tour of the calanques in Marseille. Traveling with someone for six weeks is a give-and-take, and exploring someone else’s interests rounded out the trip for both of us.

Six weeks in Europe isn’t cheap, and we knew that going in. Strategizing where to spend and where to save beforehand really helped us spend purposefully. I can now look back and see where I could’ve reined it in tighter, but I was pleased at where we cut expenses. And I was especially pleased to still have $1,500 in savings when I returned home (which I started building on as soon as I arrived home).

Emma Hinchliffe is a journalist based in Texas. When she’s not working, she’s usually looking up flights online.