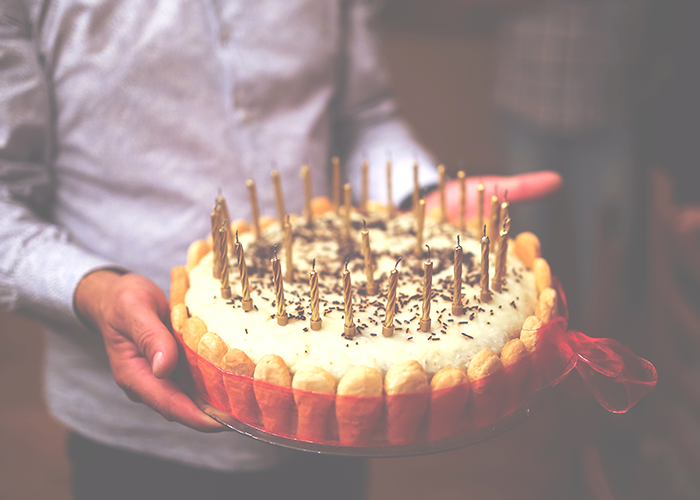 When I was in high school, I had a dream: I wanted to work in international Relations. Doing what, I couldn’t tell you, but it sounded prestigious and cool, and I wanted to travel — so often, our adolescent/college dreams involve as much travel as possible, no matter how impractical. And this dream, my future-International-Relations-self, has effectively controlled my life for the past nine years.

I went to college with a plan that I’ve over-simplified into five steps:

I knew this was improbable. But as everyone who has seen a meme says: If you try hard enough and dream big enough, you can do anything. Of course, as anyone reading this with the benefit of some adult life can see, there was a gaping flaw: I did not account for the complete randomness and coldness of the universe. The universe doesn’t care how hard I try, and it couldn’t care less about my dreams — not just me, of course, but pretty much anyone who has dreams. I assumed if I tried hard enough, things would work themselves out. I was wrong.

Now, I’m five years out of college, and the only answer I can give to someone who asks me how my career is going is ¯\_(ツ)_/¯. (And this isn’t to say that I think I have it particularly bad on the scale of the world’s problems, or even millennial post-grad problems, but it was still enough to feel utterly defeated about.)

And I’ve spent the past five years being bitter about this, which has manifested itself in clinical depression, no confidence, and a career that is going nowhere. I felt left behind, stupid, and incomplete, because I am nothing like how I imagined myself when I was in high school. I felt like I failed my younger self.

Like many desperate people, I looked to YouTube for advice. And then one day I came across this video (not a TED talk) of a speech called “Fuck Your Dreams.” I suggest watching it before continuing, but to summarize: You might not want what you thought you wanted. You have no obligation to your former self. Fuck your dreams.

This seems like bad advice. It seems like you’re walking on a path, and the path diverges into a million other paths, and they all lead to a dark unknown, so you just stay at the junction for the rest of your life, because each way is more terrifying than the last.

But given all the experience I’ve had with my own dreams, and how they can transform (and utterly fall apart) even if you are doing everything “the right way,” maybe he’s right. For so long, I’ve been hung up on this arbitrary image I had of myself when I was in high school that I haven’t even bothered to explore other passions that I didn’t have back then — things like yoga, beer, cooking, personal finance, writing. I was putting on hold the person I was becoming to cling onto a hope of the person I thought I’d become.

Instead of embracing the things that were wonderful about my current self and life, I felt an irrational obligation to teenage me, who had questionable decision-making skills and bad taste. I owned dozens of butterfly clips. Why would I ever let that person be in control?

Having dreams is important. They are especially important when you’re in high school and college, because they give direction and purpose in a time filled with nothing but change. But when you’re an “adult” like I am, holding on too hard to a dream can get in the way of living your life.

So, fuck your dreams.

I am a person who contains multitudes. Multitudes that are every bit as deserving as my professional life. Multitudes that remind me that I. Am. Not. My. Job., and that there are other paths, interests, and pleasures out there for me to enjoy. I hold no obligation to my former self, and neither do you.

Fuck your dreams. Freeing? And how!

There’s a line in The Great Gatsby where the main character, Nick, describes Tom Buchanan as “one of those men who reach such an acute limited excellence at twenty-one that everything afterward savors of anti-climax.” I don’t want to be a Tom Buchanan.

I won’t lie and say that I no longer consider myself a failure. But I’m making a mantra of “fuck your dreams.” Life is mostly trial, with lots of error. Do not limit the idea of yourself to what you believed when you were eight. I wasted years doing just that. I’m done. There are too many craft beers out there to try.