The Financial Confessions: “I’m An Atheist Who Used JDate To Find A Successful Man”

By The Financial Confessions | Wednesday, August 17, 2016 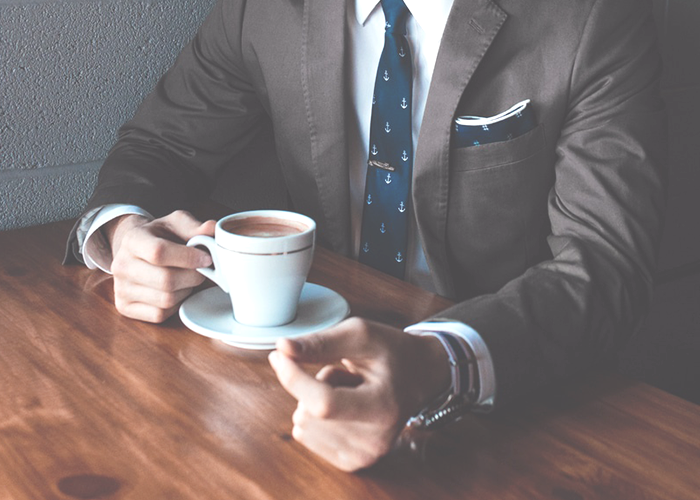 Disclaimer: We at TFD do not endorse the behavior described in this Financial Confession, and have decided to share it because of the author’s honest remorse about what is a fascinating — if deeply problematic — phenomenon.

This is the most embarrassing thing I’ve ever written, and even though it’s not actually under my name and it’s something I did four years ago, I still shudder with shame when I think about it. Have you ever had a secret that you felt so badly about you couldn’t tell anyone, that you thought even your best friends would judge you if they knew? This is that secret for me, and even though now I’ve worked up the courage to tell my very best friend (who, thankfully, did not totally throw me out of her life, as I feared she might), it’s something I don’t think I’ll ever tell a significant other, at least for a long time. It’s just too embarrassing, and says too much about me that I don’t want to admit was ever true.

So, enough stalling. The story, which starts by me setting the scene:

I was a 24-year-old recent graduate of a “good” program in DC — aka one of the programs that’s supposed to get you a good government/political job — doing unpaid internships and freaking out about my mountain (read: over six figures) of student debt from my undergrad and grad degrees. I was barely scraping together enough money with my night-and-weekend serving job to stay in my crappy room in a crappy shared apartment. As the first post-grad year came and went, I began to freak out that I would never know financial stability. I know that, looking back, I was being ridiculous about my expectations for financial and professional success at my age, but I was drowning in debt and felt like I had no good opportunities on the horizon.

So I started looking for a guy who made a lot of money to make my life easier. I wanted to fall in love, yes, but I wanted to have a Prince Charming figure who could take me to restaurants and on vacation and make my parents feel like I found a “catch.” I wanted something in my life to feel like an accomplishment, and I wanted to enjoy nice things like many of my wealthier friends were, and that — sadly — meant a man, in my warped mind. I started looking on OKCupid, went on a few dates here and there, but largely wasn’t finding the kind of guy I wanted. I wanted a guy who was established, who had a good job (yes, in my mind, I actually conjured the “doctor or lawyer” image), and who didn’t care if I made any money yet. So I started an account on JDate, because I knew several girls who had met successful guys through that site, and I thought it would increase my chances of a “catch.”

I cringe so hard even writing these words, because I know it makes me sound like the most egregious Sex and the City plot of all time, but it’s true. It’s actually the decision my brain made at that time, and I rationalized it to myself by saying that, because my father’s mother was Jewish (although I was not at all raised in the tradition, and am deeply atheist myself), it wasn’t *that* bad. I know it was that bad. And I know that it was just an extension of me going onto places like OKCupid and specifically looking for guys who made over a certain amount, except that it had a seriously problematic (yes, read: anti-Semitic) undertone. I told myself, “it’s not so bad, plenty of the guys on here are functionally atheist, or don’t have two Jewish parents,” or whatever. My head was full of rationalizations and excuses to get out of what I was really doing: targeting a certain group of people for my stereotype about the amount of successful men in that group.

I went on several dates, and actually ended up going out with a guy (yes, a lawyer) for about six months. It didn’t work out for a lot of reasons, but frankly the biggest part of the problem was that I knew from the start that the beginning of our relationship was tainted. I could never admit that I had targeted him in the way someone with a fetish might target someone of a certain size or skin tone. I felt ashamed about the way I’d approached dating, and the way I’d valued people (including myself). When I landed a job I’d coveted at the end of that year, and realized I was moving into a more adult perception of myself (and no longer felt desperate and panicked every time a bill came), I felt thoroughly disgusted with the way I’d operated the year prior. We broke up, and I took almost an entire year off dating.

The truth is, the fact that it was JDate, and Jewish men specifically, wasn’t even the worst part for me. The worst part is that I had a serious period of thinking, and justifying, “I’m not doing much with my life, and I don’t have much money, so I’m going to find a successful man to fill in those gaps and solve those problems.” I looked at a man as means to an end (even if I convinced myself I was actually looking for love), and I found the worst, in my warped mind, most efficient, way of getting there. I had almost no respect for myself at that time, and felt that I had nothing to show in the way of “accomplishments” for my life until that point, while everyone else seemed to be zooming past me. Having a “good” man who had a great résumé became my ticket to feeling successful. By proxy, I guess.

For a long time, I tried to just forget this time in my life, and I erased every piece of digital evidence of it that I could get my hands on. I knew, and still know, how much someone would judge me if they heard me say what I did, and how someone might think of me as a gold-digging bigot (and they wouldn’t be wrong to make that judgment, even if I know that is not who I am). But I’m starting to think that I should talk about this, because the pressure for women to not just be successful in their professional and financial lives, but to have “scored” in terms of who they are dating, leads us to do sometimes-crazy things. I know women personally — and have heard many stories — of women who have been equally cunning in their search for a “catch,” and have used tactics or made personal compromises that they probably look back with just as much shame as I do.

But I know who I am, and I know that person is not who I am. One day I’ll work up the courage to tell more people in my life, if only so I can be something of a cautionary tale. I let my financial stress and social pressure push me into doing something I’m forever ashamed of. I can’t take that back, but I can learn from it.