The Financial Confessions: “I Make Nearly 200k A Year And My Fiancé Has No Idea”

By The Financial Confessions | Wednesday, August 24, 2016 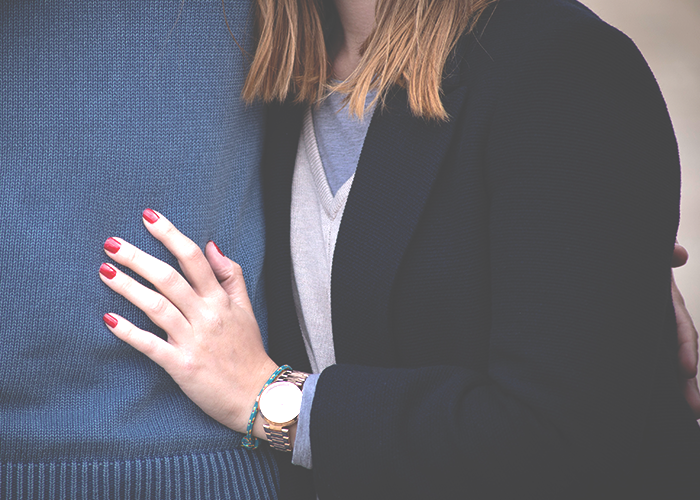 I met my now-fiancé on a dating app two years ago and since then my income has skyrocketed, but he has yet to find out just how much I make. I’m 34 years old, I bring in almost 200k a year at my job as a senior strategist at a tech company, and for a long time I had zero plans on telling him how much I was worth. I used to imagine I would always tell him AFTER we got hitched (when I absolutely needed to), but the situation grew more complicated by the day as our relationship progressed. Here’s my story.

I’ve been burned countless time by dudes who were intimidated by my ambition, my career, and my salary, and I’ve been dumped three times before I met Paul (we’ll call him that even though it’s not his real name). The story was always the same: I’d meet a guy, we’d hit it off, things would move along, we’d skate the “money talk” for a few months until it finally came up awkwardly when I’d reveal my salary, and the guy would get weird. I typically date creative guys since I’m so Type A and I have to be with someone who balances me out, which means I’m usually finding men who don’t make a lot of money. It doesn’t bother me in the slightest, but once the man I’m dating understands the hours I work, sees my spending habits, and then “aha!” figures out how much I make, their behavior shifts. I don’t know if it’s me or if they’re intimidated by the nature of my profession (which is fairly cut throat, and unfortunately for them I have no plans to stop climbing the ladder). Anyway, revealing what I make to my partners has historically not panned out well for me, and it’s been frustrating as hell.

When I met Paul a few years back, I was on the cusp of transitioning into a new role that I had been working upward on for the better part of two years. Within a few weeks of meeting Paul, I was still working in my old role, and I wanted to have the money conversation as soon as possible to see what his reaction would be. We talked salaries, savings, money goals, and finances. At that point, I wasn’t making as much as I am now, so my figure was lower than today. Paul was impressed by what I achieved at work, and didn’t seem weird about money in the slightest even thought I made more than him. He was everything I had hoped for in a partner: kind, intelligent, good looking, creative but extremely practical and rational (not one of those coding a website in his underwear until 4pm types, which I have dated), and an overall wonderful man. I was so fearful to screw things up because I could finally see myself settling down with him.

Fast-forward seven months later and I got the promotion I had been dreaming of. Along with it came a $25k salary raise and a 30k bonus. In the same day, I had increased my earnings by more than I could have ever imagined — I could hardly believe it myself. But shortly after, I began to feel an immediate pit in my stomach at the thought of telling Paul that I was now outearning him by even more. Should I tell him? Did I need to tell him? We were only dating about eight months at that point…did he deserve to know? I was so fearful of our dynamic changing like I had experienced so many times before.

I came home that night and gave Paul the good news, but I left the financial logistics out of the story. I simply said “I got a bit of a pay bump” and left it at that. He seemed content with that information and was proud of me, so we went out for drinks to celebrate the good news. I was so relieved that he didn’t push me to divulge anything beyond the one-liner I gave him, and we left it at that. I was enjoying the “honeymoon” stage of our relationship so much that I was terrified for it to change, I was in my 30s, and I just desperately wanted to settle down with someone who could accept me for who I was, even if it meant they had to “man up” if their own ego took a hit.

You see, it took me a long time to get over the emotional baggage of my childhood and my parents’ fucked up marriage. My mom never worked and my dad treated her as a kind of ward. She had to ask him for money when she wanted to go shopping, they’d always fight about money during the holidays when she was overspending, and my dad would chide her like a petulant child. It was always tough for me to swallow the dynamic of their relationship, and I vowed to myself to never EVER rely on a guy for anything, much less my financial security. (Maybe that’s what always kept me insanely motivated at work…)

I would be damned if I repeated the same mistakes my mother made and settle down with some loser whose sense of masculinity and ego would be threatened by my own successes. No thank you. I more or less stayed away from guys who were similar to the dad I grew up with; But, some were better at hiding bad behaviors than others, so it took me longer to figure out. However, I always found out through one insidious comment or another, and the relationship soon fizzled out.

However, as my relationship with Paul moved forward, it was clear that things were becoming more serious. We complimented one another in all the right ways, he had his shit together, he was family oriented, we wanted the same things for our future — it was the truly “adult” relationship that I had always been waiting for. About a year and a half after we started dating, we made the decision to get married and he proposed to me in a quiet restaurant a few days after we had rung in the new year together. At this point, he still didn’t know how much I made at my job, and I was starting to feel ashamed for keeping it from him. I knew I wouldn’t be able to keep it up for much longer because we were each planning to move out of our apartments and into a new one together, so our finances would have to be laid bare. Also, we’ve been planning our wedding, and while we’re not having a big affair that will cost a lot of money, I know I need to be up front about what my contribution will be and how our shared finances will be managed.

As I write this, I haven’t yet told him, but the confession is imminent. One part of me hopes he won’t be upset or feel betrayed that I wasn’t forthright with him in the beginning, but knows some damage might be inescapable. I’m nervous and get shaky when I think about doing it because bad memories of past relationships come back to haunt me. But, what I have to remember is that Paul is different from everyone I’ve ever dated, and I know that he loves me for who I am. I just hope that we will be able to move past whatever snag you want to call this, and that I never have to reveal a “secret” of mine to him again.