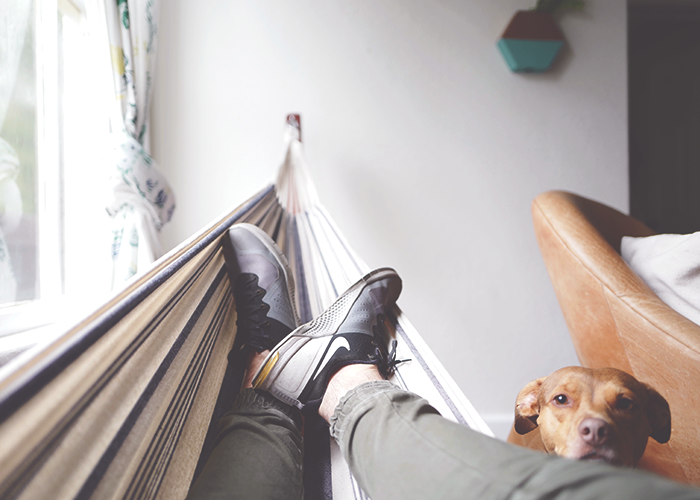 In the aftermath of Donald Trump’s victory, the left doesn’t need Professionally Woke Celebrities™ Doing Viral Stunts, speculation about Chelsea Clinton’s political aspirations, and an endless, infantilizing deluge of Harry Potter tweets. No, what the left needs is You — specifically your money (but your time helps a lot, too).

Watching the New York Times’ election gauge tick from an overwhelming Clinton victory, to a slightly less overwhelming victory, to a razor thin victory, to a razor thin defeat, to a crushing electoral blowout in favor of fascistic, overtly racist, Islamophobic, anti-semitic, sexist billionaire Donald Trump was one of the most horrifying and surreal moments of my entire life, and I imagine the lives of many others. I did not sleep that night. I sat in the dark, perused Twitter, then sat in the dark some more. I feared for people (particularly women) of color, women in general, undocumented immigrants, LGBTQIA+ people, people with disabilities, the poor, and every other marginalized group. I wondered how this happened. I wondered why it happened. I wondered what I did wrong, or what I could’ve done to stop it.

I am ashamed to admit I contemplated voting for Jill Stein. I’d have voted for Hillary Clinton in a heartbeat if I lived in a swing state, but New York is solidly blue. My vote didn’t matter, so I could send a message to the Democratic Party and walk out of the booth with a clean conscience, not wanting to vote for corporatism and the military industrial complex, among other things. But despite my beliefs, I ultimately voted for Hillary Clinton under the working families party, not because of conviction, but because — like the insecure person that I am — I was afraid of what other media people would think of me if they ever found out. I also realized that it was possible, however unlikely, Hillary Clinton could be pulled further left. Any victories the left had in that scenario I couldn’t claim responsibility for, since I would’ve voted for a magician of a protest candidate — one who disappears and reappears every four years.

When I sat awake at night after “billionaire Donald Trump” became “President-elect Donald Trump,” I asked if I had done enough to stop this. Sleep-deprived mental gymnastics told me I had. I’d voted for Hillary, after all. And I told pro-Trump relatives that Trump was a racist demagogue who’d destroy the country. And I educated family members about institutionalized racism and white privilege (even though some didn’t listen). And I’d worked for Salon — a true progressive bastion that espoused the values of the left while condemning the hate, bigotry, and ignorance of the right. And I work for NowThis, the top news video publisher on Facebook. We published countless videos exposing Donald Trump’s lies. And. And. And…

And I did nothing, I realized. That’s not okay. It’s especially not okay in the face of a Republican-run government that threatens to roll back nearly every reform the American people have fought for over the last century.

The morning after Election Day, Jezebel’s Joanna Rothkopf compiled a comprehensive list of organizations that fight for women, people of color, immigrants, the environment — groups that fight for society’s vulnerable and against right-wing tyranny. In a conservative-run America, complacency is poison (ask the Clinton campaign), and apathy is death. If you have disposable income, I believe you need put some aside for these places (or other, reputable organizations that are not in the list). Of course, for some, that is much easier said than done.

My budgeting is fairly unsophisticated but, for this purpose, adequate. Here’s how I did it:

1. I opened a Google doc. You can use an Excel spreadsheet if you’d like. If you’d rather write it down on paper, you can do that, too.

2. I looked at my pay stubs for the last month, and added them up. That was my monthly income. I put that amount in a column on the doc. If you’re not a salaried employee, this step might be a bit more difficult, as your monthly income will fluctuate based on how many hours you worked. Still, it’ll do to at least provide an approximation.

3. I looked at my bills and other consistent, monthly expenses, like rent or commuting. For example, a Long Island Railroad monthly train ticket is approximately $300 a month for me. Add all of these expenses up and put them in another column.

4. Subtract your expenses from your income and you have an approximation of how much money you are actually making each month. Put this amount in a third column and you have an extremely simple budget. From that amount, you can portion out donations to Planned Parenthood, the ACLU, or wherever.

A disclaimer: I’m far from a finance expert — but that’s why I’m writing this. I’m not the type of person who obsesses over interest rates, bonds, and T-bills. I do, however, want to have at least a cursory awareness of my finances, and the most basic financial security for the years I am alive. I also want to contribute to causes worth defending. If someone like me — a person who developed an allergic reaction to looking at their bank balance due to years of penniless freelancing — can spend half an hour going through bank and credit card statements to hammer out an extremely (extremely!) simple budget, anyone can.

To make the process even simpler: I know I make $X a month. I know “hard expenses” (stuff like commuting/phone bill/minimum student loan payments/etc. that I can’t get around) account for $Y, leaving $Z leftover. The higher levels of personal finance mastery reap more rewards, but it doesn’t necessarily need to be more complicated than this if you don’t want it to be. Most months, I place nearly all of my disposable income — my $Z — into repaying student loans so I can be done with them as fast as possible. Hell, I still live with my parents, so I can focus on getting the loans paid off ASAP. This month, though, and for every month for the rest of my life that I am not in financial duress, I am going to have an “activism budget.” Some organizations I will donate to each month. Others I will make one-time donations to periodically. This month, I gave $20 each to Planned Parenthood, the Southern Poverty Law Center, the ACLU, EarthJustice, and the National Coalition Against Domestic Violence. It’s not a lot. I wish I could give more, but it’s more than I could give in the past. And I plan to give more in the future when my loans are finally paid off.

So that’s what I am encouraging you to do: add an “activism budget” during the months when you’re not under financial duress, when your musts are taken care of and you have some left over. For the record, I am writing this because I feel, first and foremost, like a coward. I am the kind of person who gets nervous ordering pizza — a recluse who curls up into a ball whenever I manage to get a seat on the subway, because I cannot bear acknowledging that I am a) in public and b) surrounded (and trapped) by people I don’t know. I don’t have the courage to face down SWAT teams, bullets both rubber and real, tear gas, sound cannons, tasers, stun grenades, and police dogs that a lot of aspects of activism require. But, at least for now, I have money to give to people with more bravery and conviction than I have. It is the very least you can do if you have $5 to spare, and you want to be a good person.

The solution to the horrors of a Donald Trump administration cannot be John Oliver eviscerations, wonkish Ivy League grads debating on their podcasts about the vagaries of the electorate, or well-off comedy writers using a fictional character to address the national zeitgeist instead the national problems. The solution has to be protecting and promoting what matters. Your money can do that.

Matt Saccaro is a writer who’s reached millions with his work on Salon, The Daily Dot, The Kernel, The Week, Alternet, Mic, BuzzFeed, and Bleacher Report — but his favorite accolade is being cited in the footnotes of Wikipedia. Follow him on Twitter here.